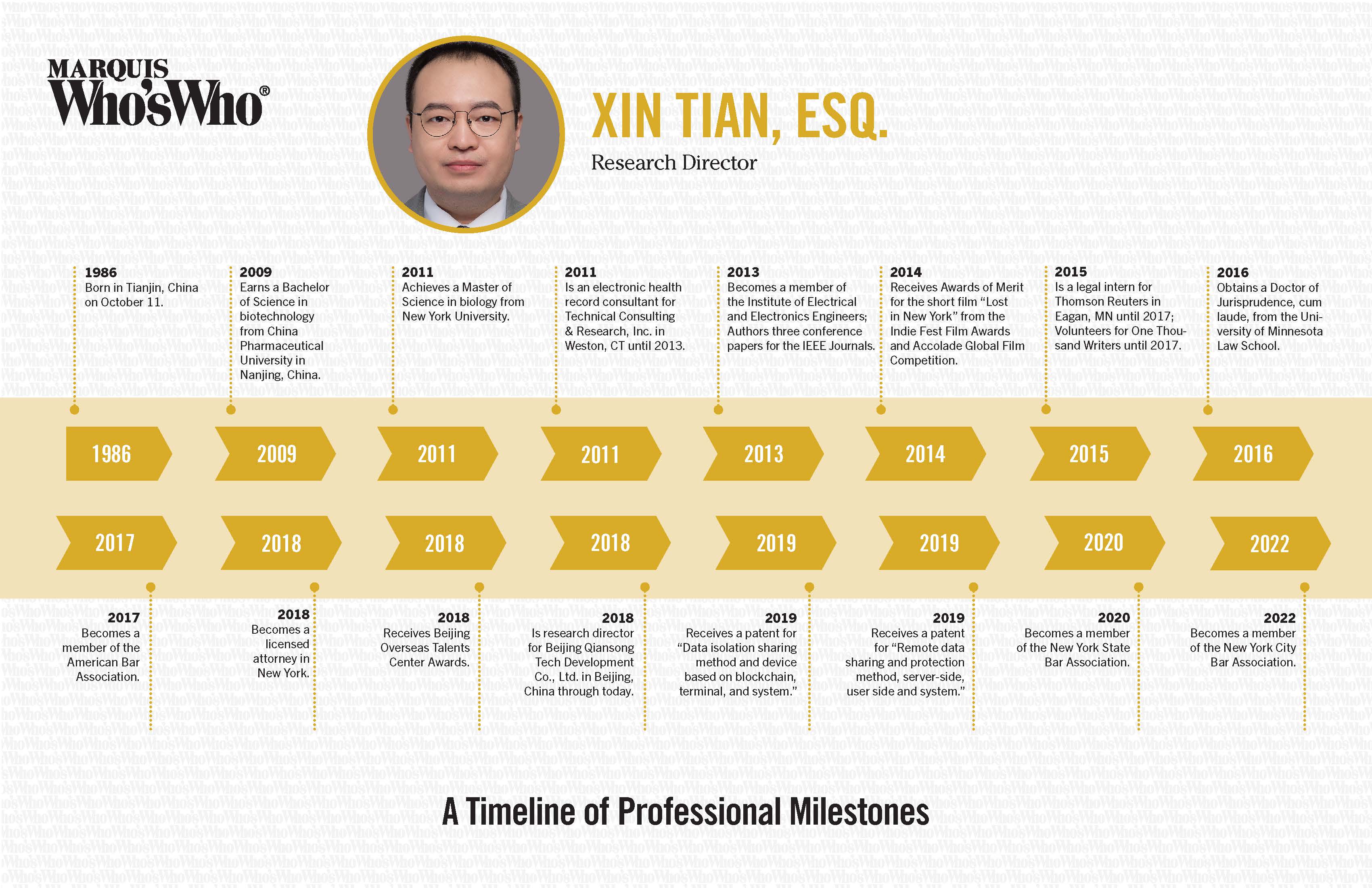 Born in Tianjin, China on October 11.

Earns a Bachelor of Science in biotechnology from China Pharmaceutical University in Nanjing, China.

Achieves a Master of Science in biology from New York University.

Is an electronic health record consultant for Technical Consulting & Research, Inc. in Weston, CT until 2013.

Becomes a member of the Institute of Electrical and Electronics Engineers; Authors three conference papers for the IEEE Journals.

Receives Awards of Merit for the short film “Lost in New York” from the Indie Fest Film Awards and Accolade Global Film Competition.

Is a legal intern for Thomson Reuters in Eagan, MN until 2017; Volunteers for One Thousand Writers until 2017.

Becomes a member of the American Bar Association.

Receives a patent for “Data isolation sharing method and device based on blockchain, terminal, and system.”

Receives a patent for “Remote data sharing and protection method, server-side, user side and system.”

Becomes a member of the New York State Bar Association.

Becomes a member of the New York City Bar Association.