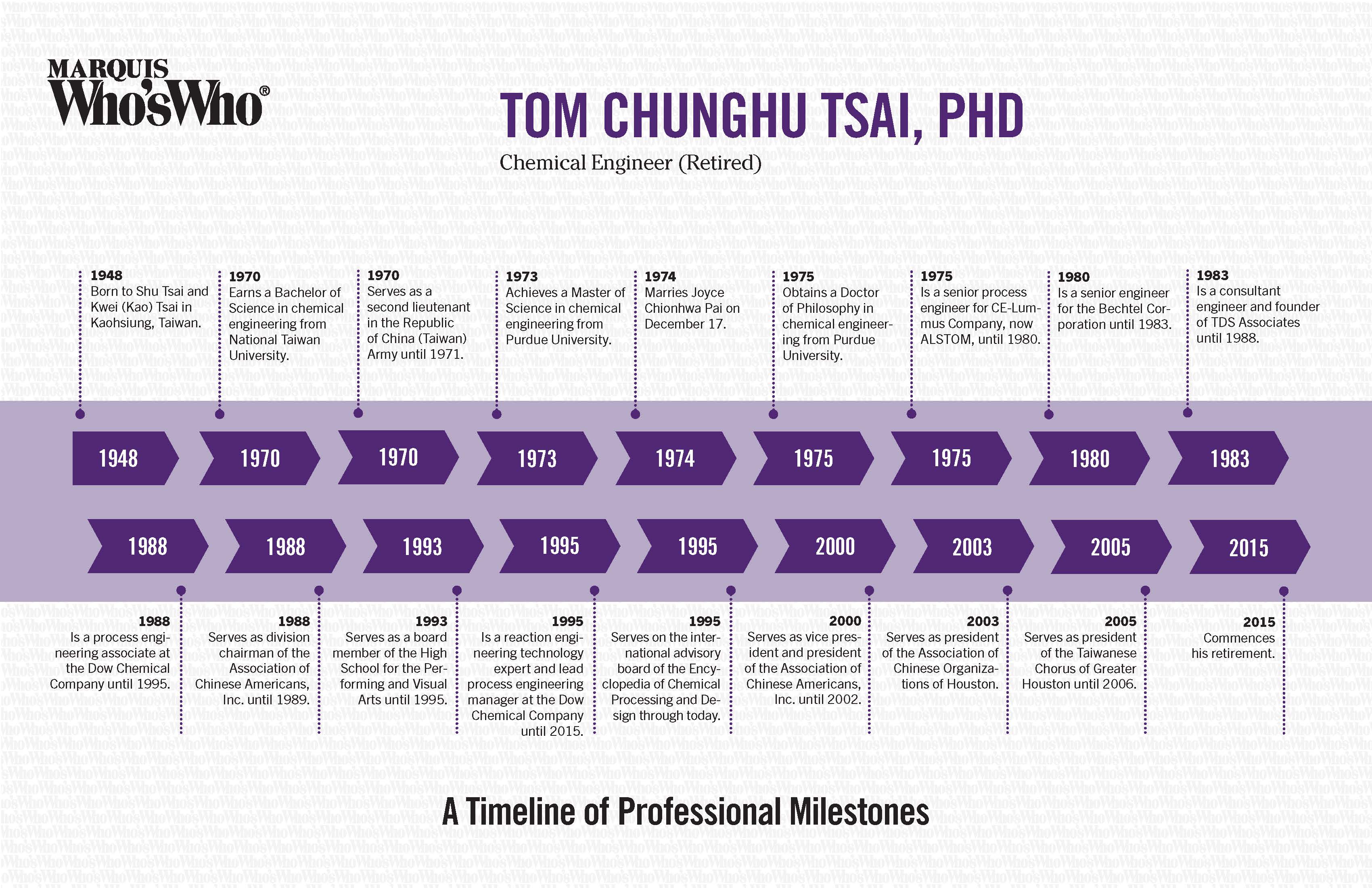 Earns a Bachelor of Science in chemical engineering from National Taiwan University.

Serves as a second lieutenant in the Republic of China (Taiwan) Army until 1971.

Achieves a Master of Science in chemical engineering from Purdue University.

Obtains a Doctor of Philosophy in chemical engineering from Purdue University.

Is a senior process engineer for CE-Lummus Company, now ALSTOM, until 1980.

Is a senior engineer for the Bechtel Corporation until 1983.

Is a consultant engineer and founder of TDS Associates until 1988.

Is a process engineering associate at the Dow Chemical Company until 1995.

Serves as division chairman of the Association of Chinese Americans, Inc. until 1989.

Serves as a board member of the High School for the Performing and Visual Arts until 1995.

Is a reaction engineering technology expert and lead process engineering manager at the Dow Chemical Company until 2015.

Serves on the international advisory board of the Encyclopedia of Chemical Processing and Design through today.

Serves as vice president and president of the Association of Chinese Americans, Inc. until 2002.

Serves as president of the Association of Chinese Organizations of Houston.

Serves as president of the Taiwanese Chorus of Greater Houston until 2006.