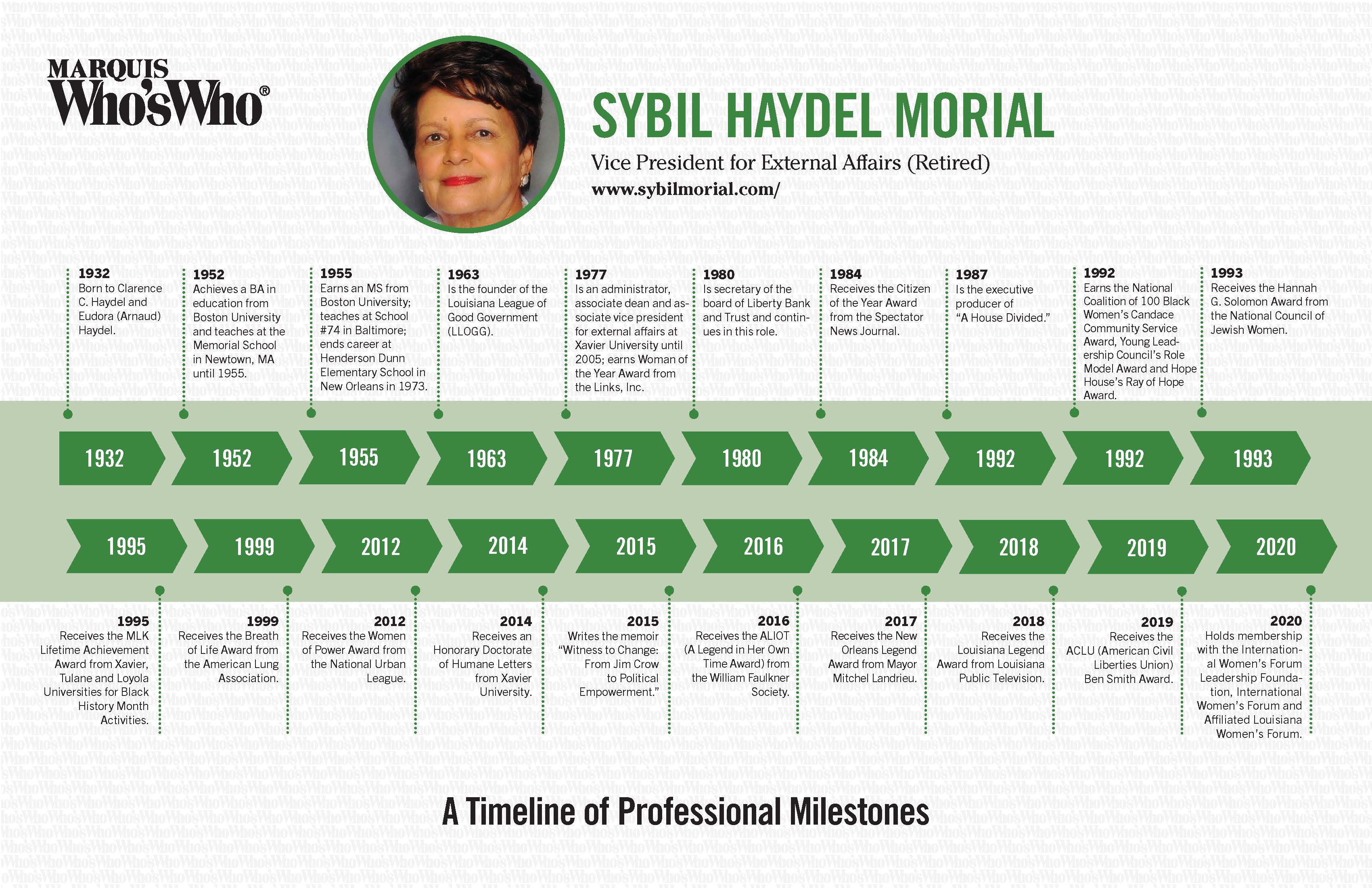 Achieves a BA in education from Boston University and teaches at the Memorial School in Newtown, MA until 1955.

Earns an MS from Boston University; teaches at School #74 in Baltimore; ends career at Henderson Dunn Elementary School in New Orleans in 1973.

Is the founder of the Louisiana League of Good Government (LLOGG).

Is an administrator, associate dean and associate vice president for external affairs at Xavier University until 2005; earns Woman of the Year Award from the Links, Inc.

Is secretary of the board of Liberty Bank and Trust and continues in this role.

Receives the Citizen of the Year Award from the Spectator News Journal.

Is the executive producer of “A House Divided.”

Receives the Hannah G. Solomon Award from the National Council of Jewish Women.

Receives the Breath of Life Award from the American Lung Association.

Receives the Women of Power Award from the National Urban League.

Receives an Honorary Doctorate of Humane Letters from Xavier University.

Writes the memoir “Witness to Change: From Jim Crow to Political Empowerment.”

Receives the ALIOT (A Legend in Her Own Time Award) from the William Faulkner Society.