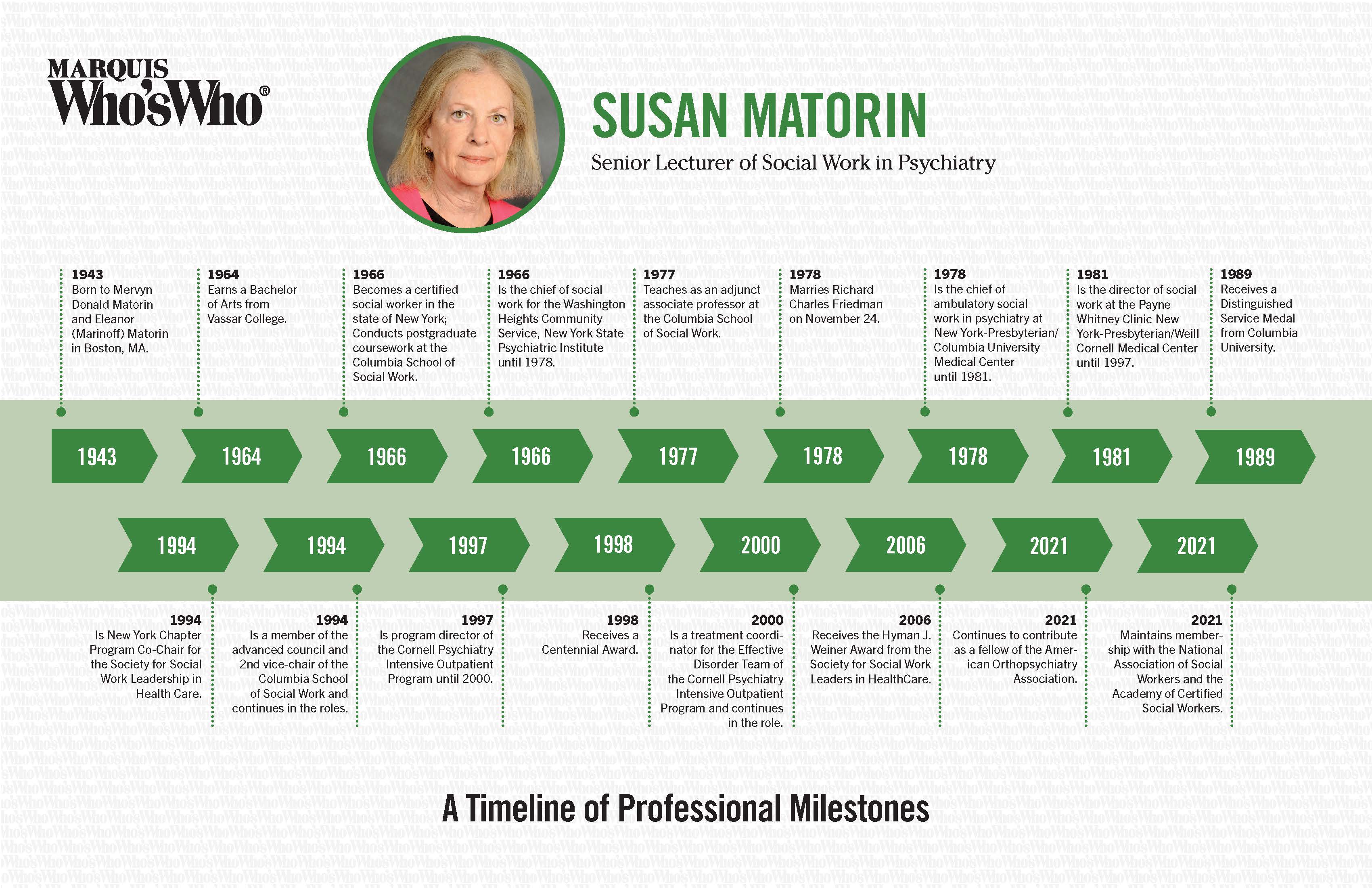 Earns a Bachelor of Arts from Vassar College.

Becomes a certified social worker in the state of New York; Conducts postgraduate coursework at the Columbia School of Social Work.

Is the chief of social work for the Washington Heights Community Service, New York State Psychiatric Institute until 1978.

Teaches as an adjunct associate professor at the Columbia School of Social Work.

Is the chief of ambulatory social work in psychiatry at New York-Presbyterian/Columbia University Medical Center until 1981.

Is the director of social work at the Payne Whitney Clinic New York-Presbyterian/Weill Cornell Medical Center until 1997.

Is New York Chapter Program Co-Chair for the Society for Social Work Leadership in Health Care.

Is a member of the advanced council and 2nd vice-chair of the Columbia School of Social Work and continues in the roles.

Is program director of the Cornell Psychiatry Intensive Outpatient Program until 2000.

Is a treatment coordinator for the Effective Disorder Team of the Cornell Psychiatry Intensive Outpatient Program and continues in the role.

Receives the Hyman J. Weiner Award from the Society for Social Work Leaders in HealthCare.

Continues to contribute as a fellow of the American Orthopsychiatry Association.