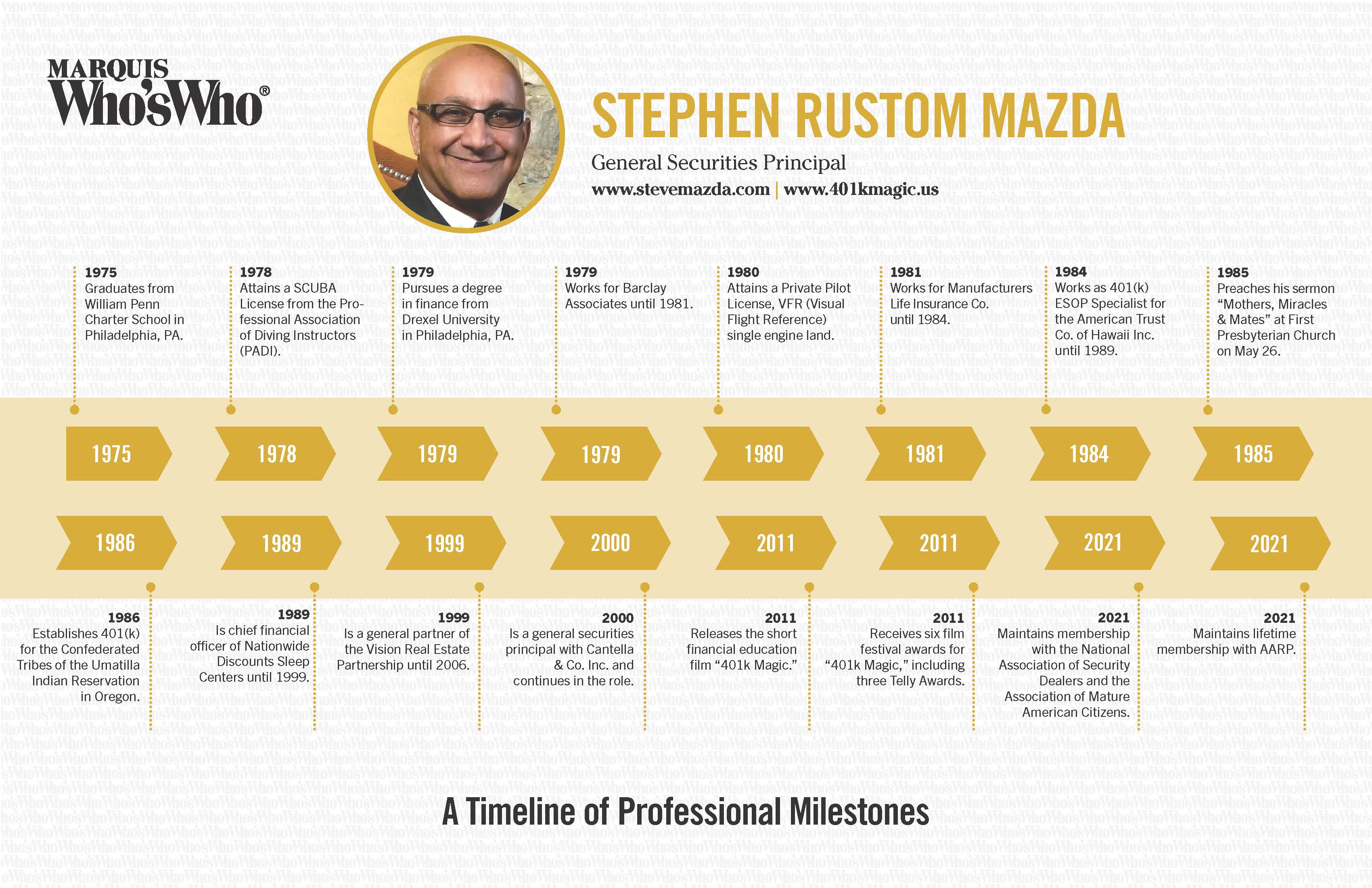 Attains a SCUBA License from the Professional Association of Diving Instructors (PADI).

Pursues a degree in finance from Drexel University in Philadelphia, PA.

Works for Barclay Associates until 1981.

Preaches his sermon “Mothers, Miracles & Mates” at First Presbyterian Church on May 26.

Establishes 401(k) for the Confederated Tribes of the Umatilla Indian Reservation in Oregon.

Is chief financial officer of Nationwide Discounts Sleep Centers until 1999.

Is a general partner of the Vision Real Estate Partnership until 2006.

Is a general securities principal with Cantella & Co. Inc. and continues in the role.