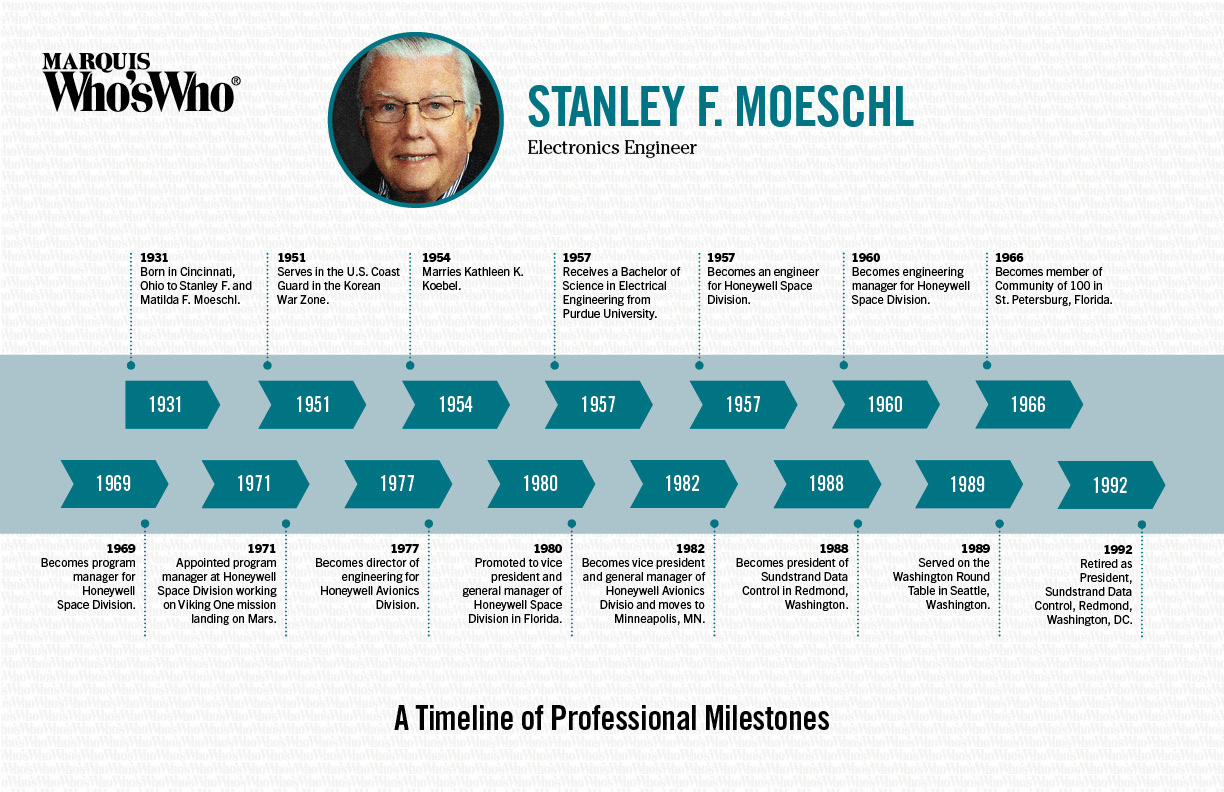 Serves in the U.S. Coast Guard in the Korean War Zone.

Receives a Bachelor of Science in Electrical Engineering from Purdue University.

Becomes member of Community of 100 in St. Petersburg, Florida.

Promoted to vice president and general manager of Honeywell Space Division in Florida.

Served on the Washington Round Table in Seattle, Washington.