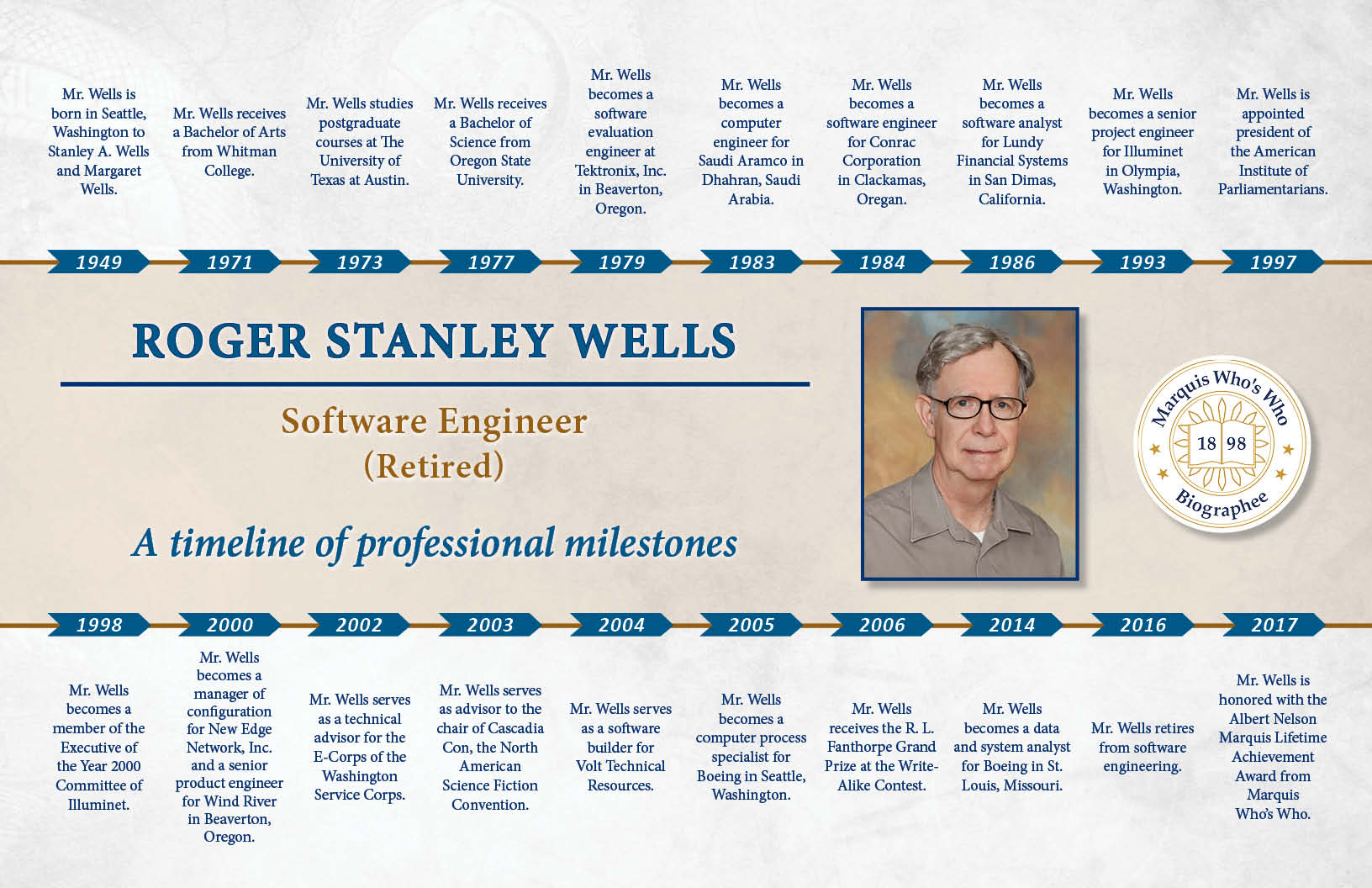 Mr. Wells is born in Seattle, Washington to Stanley A. Wells and Margaret Wells.

Mr. Wells receives a Bachelor of Arts from Whitman College.

Mr. Wells studies postgraduate courses at The University of Texas at Austin.

Mr. Wells is appointed president of the American Institute of Parliamentarians.

Mr. Wells becomes a member of the Executive of the Year 2000 Committee of Illuminet.

Mr. Wells becomes a manager of configuration for New Edge Network, Inc. and a senior product engineer for Wind River in Beaverton, Oregon.

Mr. Wells serves as a technical advisor for the E-Corps of the Washington Service Corps.

Mr. Wells is honored with the Albert Nelson Marquis Lifetime Achievement Award from Marquis Who’s Who.