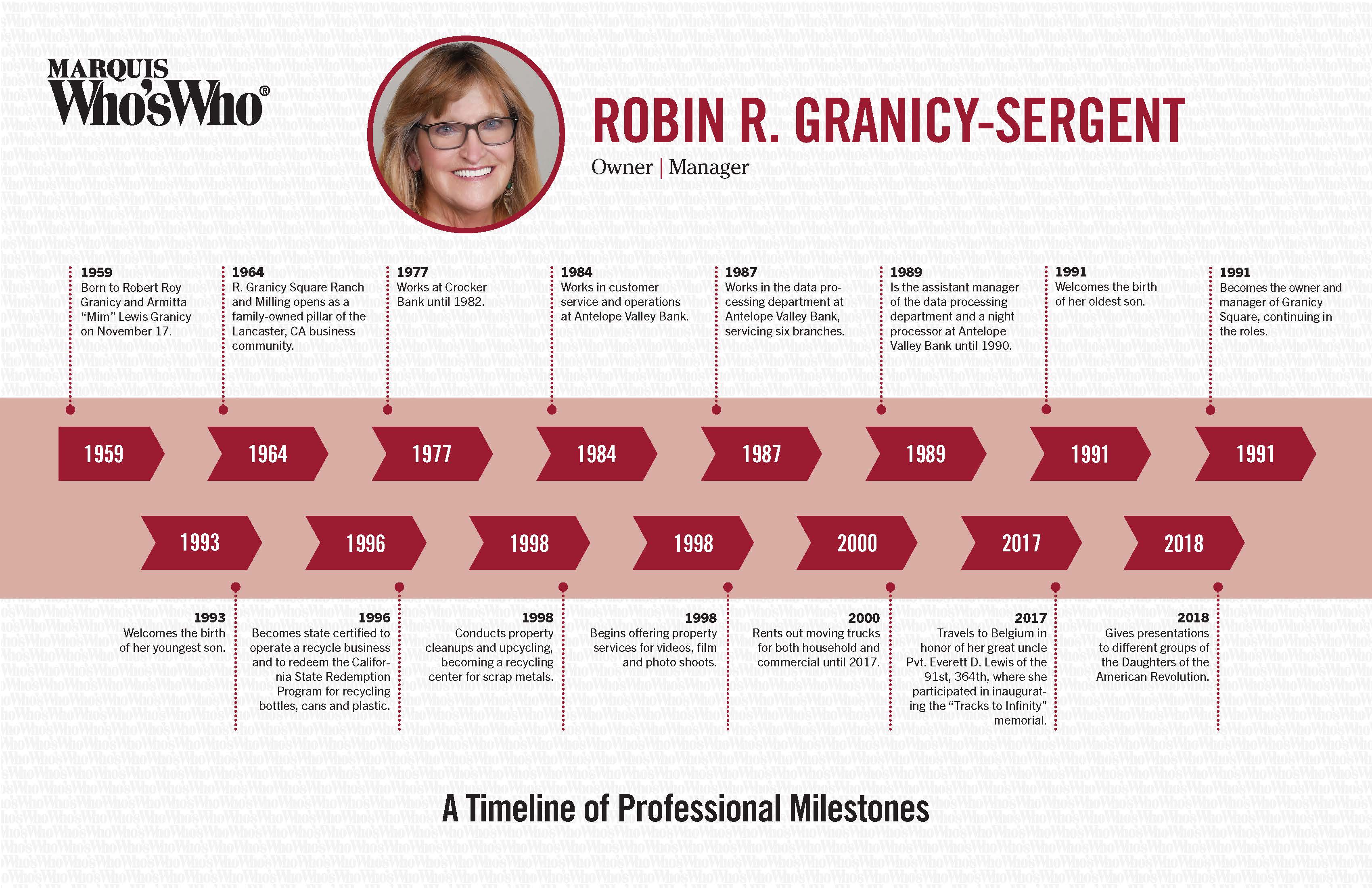 Works in customer service and operations at Antelope Valley Bank.

Is the assistant manager of the data processing department and a night processor at Antelope Valley Bank until 1990.

Welcomes the birth of her oldest son.

Becomes the owner and manager of Granicy Square, continuing in the roles.

Welcomes the birth of her youngest son.

Becomes state certified to operate a recycle business and to redeem the California State Redemption Program for recycling bottles, cans and plastic.

Rents out moving trucks for both household and commercial until 2017.

Travels to Belgium in honor of her great uncle Pvt. Everett D. Lewis of the 91st, 364th, where she participated in inaugurating the “Tracks to Infinity” memorial.

Gives presentations to different groups of the Daughters of the American Revolution.