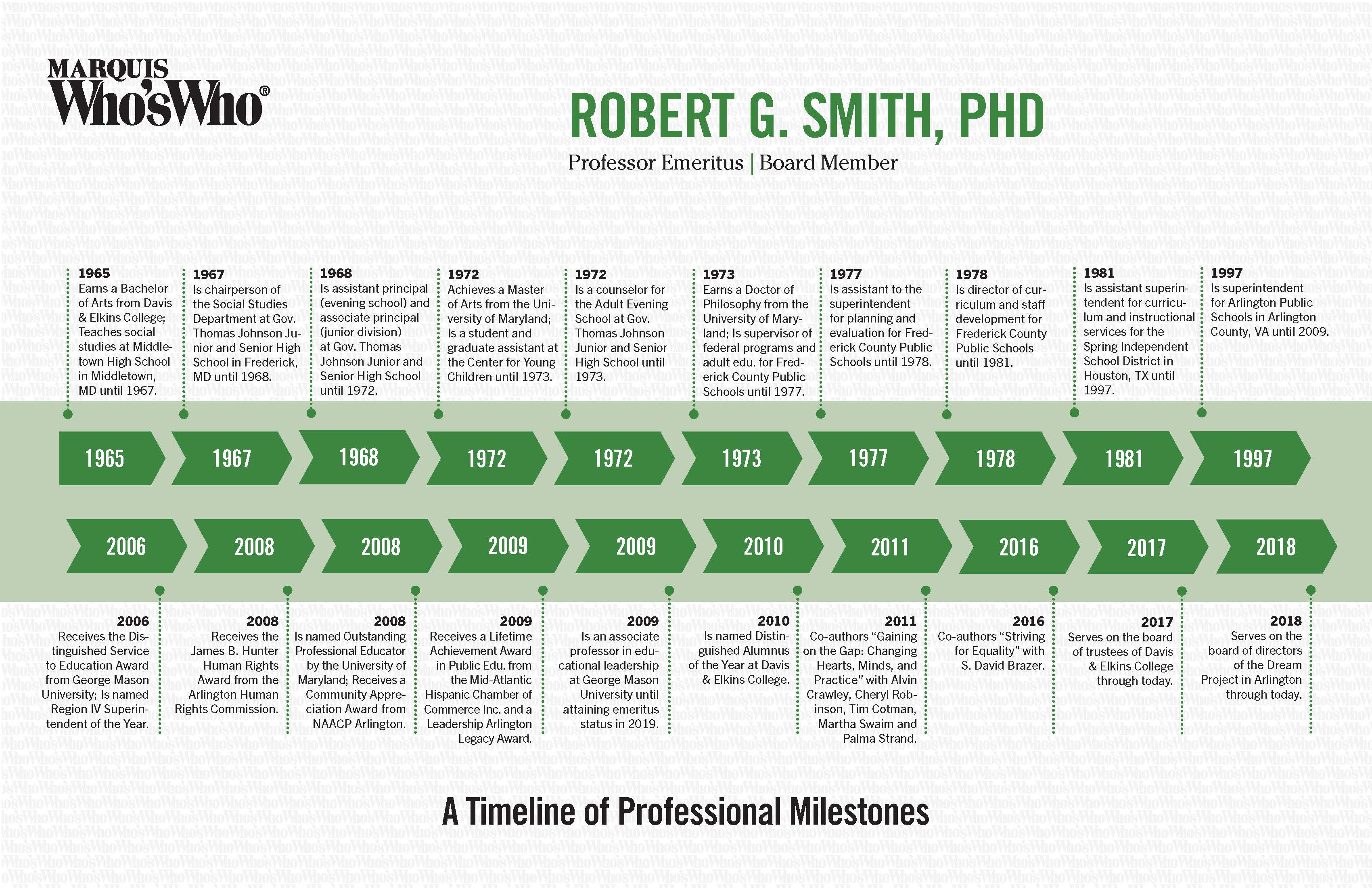 Earns a Bachelor of Arts from Davis & Elkins College; Teaches social studies at Middletown High School in Middletown, MD until 1967.

Is chairperson of the Social Studies Department at Gov. Thomas Johnson Junior and Senior High School in Frederick, MD until 1968.

Achieves a Master of Arts from the University of Maryland; Is a student and graduate assistant at the Center for Young Children until 1973.

Is a counselor for the Adult Evening School at Gov. Thomas Johnson Junior and Senior High School until 1973.

Earns a Doctor of Philosophy from the University of Maryland; Is supervisor of federal programs and adult edu. for Frederick County Public Schools until 1977.

Is assistant to the superintendent for planning and evaluation for Frederick County Public Schools until 1978.

Is director of curriculum and staff development for Frederick County Public Schools until 1981.

Is assistant superintendent for curriculum and instructional services for the Spring Independent School District in Houston, TX until 1997.

Is superintendent for Arlington Public Schools in Arlington County, VA until 2009.

Receives the Distinguished Service to Education Award from George Mason University; Is named Region IV Superintendent of the Year.

Is named Outstanding Professional Educator by the University of Maryland; Receives a Community Appreciation Award from NAACP Arlington.

Receives a Lifetime Achievement Award in Public Edu. from the Mid-Atlantic Hispanic Chamber of Commerce Inc. and a Leadership Arlington Legacy Award.

Is an associate professor in educational leadership at George Mason University until attaining emeritus status in 2019.

Is named Distinguished Alumnus of the Year at Davis & Elkins College.

Serves on the board of trustees of Davis & Elkins College through today.

Serves on the board of directors of the Dream Project in Arlington through today.