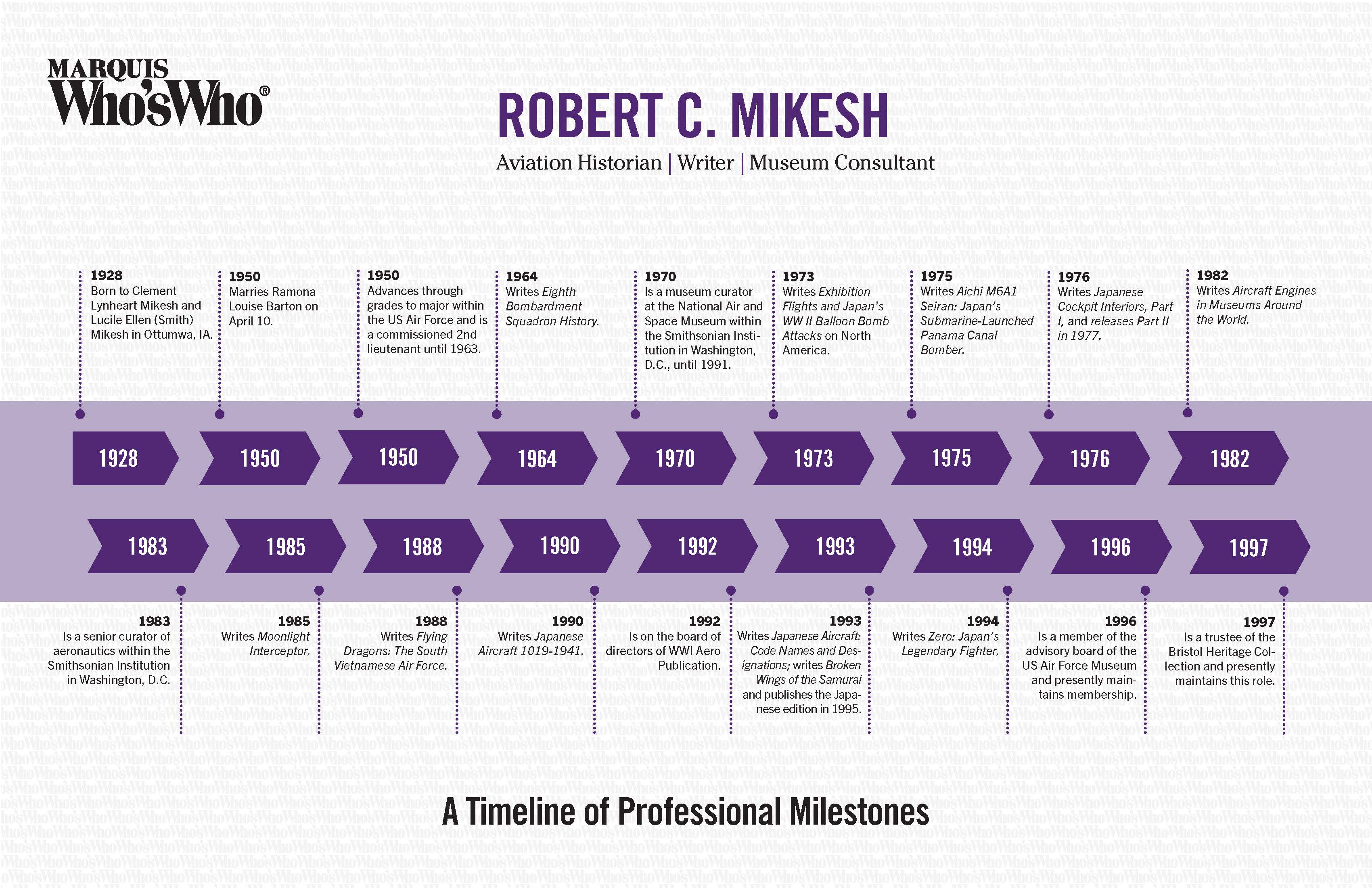 Advances through grades to major within the US Air Force and is a commissioned 2nd lieutenant until 1963.

Is a museum curator at the National Air and Space Museum within the Smithsonian Institution in Washington, D.C., until 1991.

Writes Aircraft Engines in Museums Around the World.

Is a senior curator of aeronautics within the Smithsonian Institution in Washington, D.C.

Is on the board of directors of WWI Aero Publication.

Writes Japanese Aircraft: Code Names and Designations; writes Broken Wings of the Samurai and publishes the Japanese edition in 1995.

Is a member of the advisory board of the US Air Force Museum and presently maintains membership.

Is a trustee of the Bristol Heritage Collection and presently maintains this role.