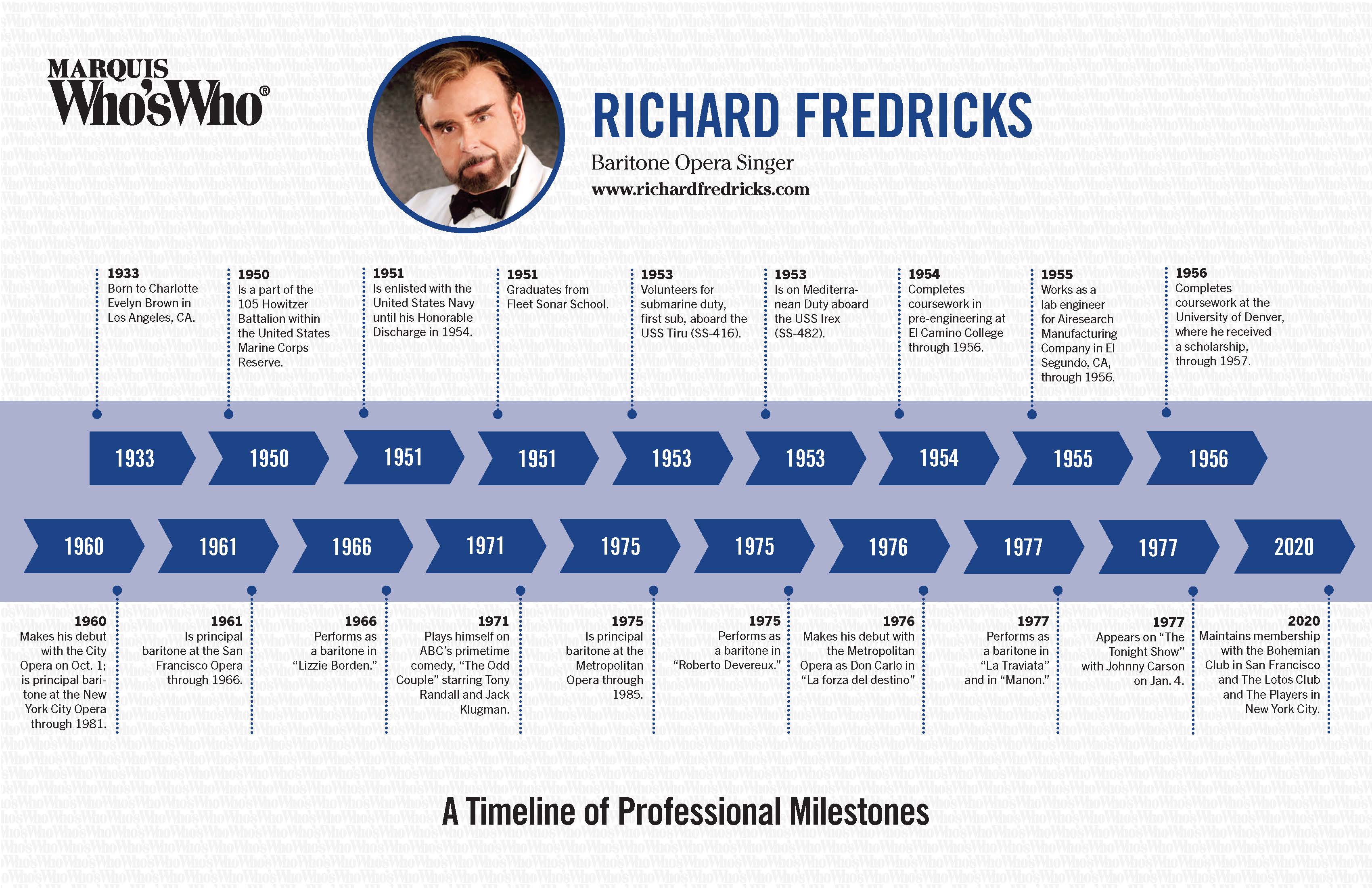 Is a part of the 105 Howitzer Battalion within the United States Marine Corps Reserve.

Is enlisted with the United States Navy until his Honorable Discharge in 1954.

Is on Mediterranean Duty aboard the USS Irex (SS-482).

Completes coursework in pre-engineering at El Camino College through 1956.

Works as a lab engineer for Airesearch Manufacturing Company in El Segundo, CA, through 1956.

Completes coursework at the University of Denver, where he received a scholarship, through 1957.

Makes his debut with the City Opera on Oct. 1; is principal baritone at the New York City Opera through 1981.

Is principal baritone at the San Francisco Opera through 1966.

Performs as a baritone in “Lizzie Borden.”

Is principal baritone at the Metropolitan Opera through 1985.

Performs as a baritone in “Roberto Devereux.”

Performs as a baritone in “La Traviata” and in “Manon.”

Appears on “The Tonight Show” with Johnny Carson on Jan. 4

Maintains membership with the Bohemian Club in San Francisco and The Lotos Club and The Players in New York City.