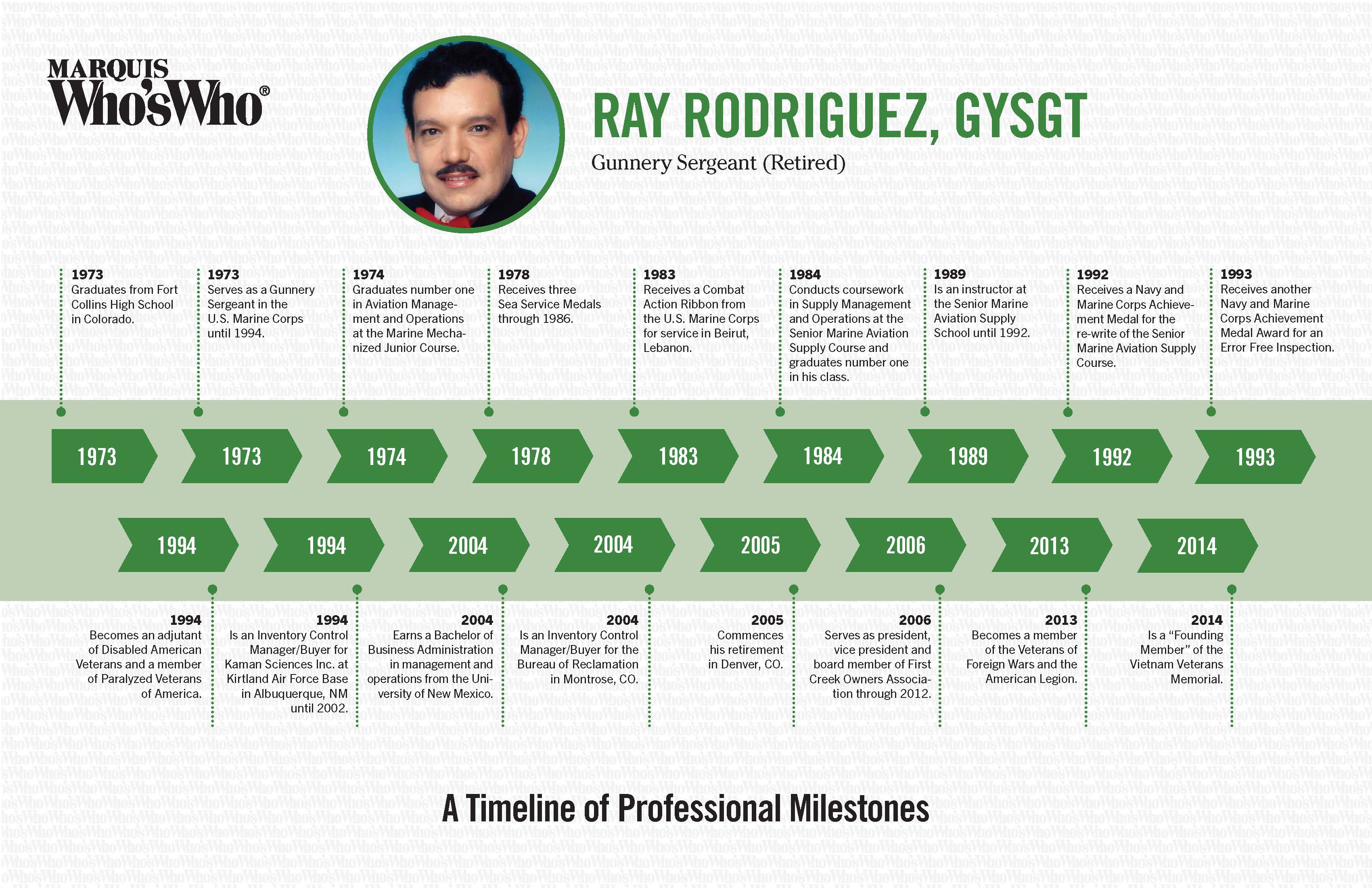 Serves as a Gunnery Sergeant in the U.S. Marine Corps until 1994.

Graduates number one in Aviation Management and Operations at the Marine Mechanized Junior Course.

Receives a Combat Action Ribbon from the U.S. Marine Corps for service in Beirut, Lebanon.

Conducts coursework in Supply Management and Operations at the Senior Marine Aviation Supply Course and graduates number one in his class.

Is an instructor at the Senior Marine Aviation Supply School until 1992.

Receives a Navy and Marine Corps Achievement Medal for the re-write of the Senior Marine Aviation Supply Course.

Becomes an adjutant of Disabled American Veterans and a member of Paralyzed Veterans of America.

Is an Inventory Control Manager/Buyer for Kaman Sciences Inc. at Kirtland Air Force Base in Albuquerque, NM until 2002.

Earns a Bachelor of Business Administration in management and operations from the University of New Mexico.

Is an Inventory Control Manager/Buyer for the Bureau of Reclamation in Montrose, CO.

Commences his retirement in Denver, CO.

Serves as president, vice president and board member of First Creek Owners Association through 2012.

Becomes a member of the Veterans of Foreign Wars and the American Legion.

Is a “Founding Member” of the Vietnam Veterans Memorial.