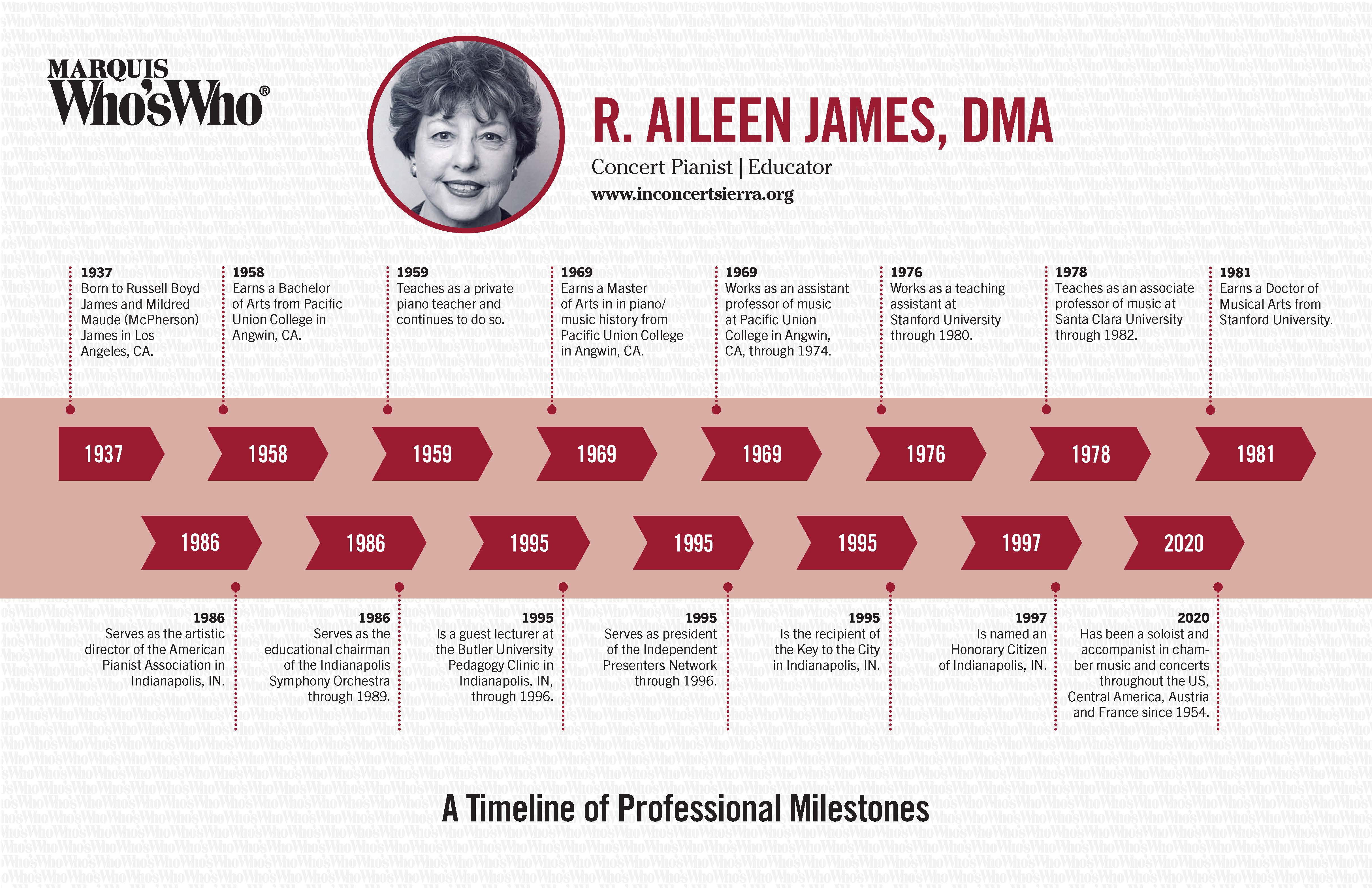 Earns a Bachelor of Arts from Pacific Union College in Angwin, CA.

Teaches as a private piano teacher and continues to do so.

Earns a Master of Arts in in piano/music history from Pacific Union College in Angwin, CA.

Works as an assistant professor of music at Pacific Union College in Angwin, CA, through 1974.

Works as a teaching assistant at Stanford University through 1980.

Teaches as an associate professor of music at Santa Clara University through 1982.

Earns a Doctor of Musical Arts from Stanford University.

Serves as the artistic director of the American Pianist Association in Indianapolis, IN.

Serves as the educational chairman of the Indianapolis Symphony Orchestra through 1989.

Is a guest lecturer at the Butler University Pedagogy Clinic in Indianapolis, IN, through 1996.

Serves as president of the Independent Presenters Network through 1996.

Is the recipient of the Key to the City in Indianapolis, IN.

Is named an Honorary Citizen of Indianapolis, IN.

Has been a soloist and accompanist in chamber music and concerts throughout the US, Central America, Austria and France since 1954.