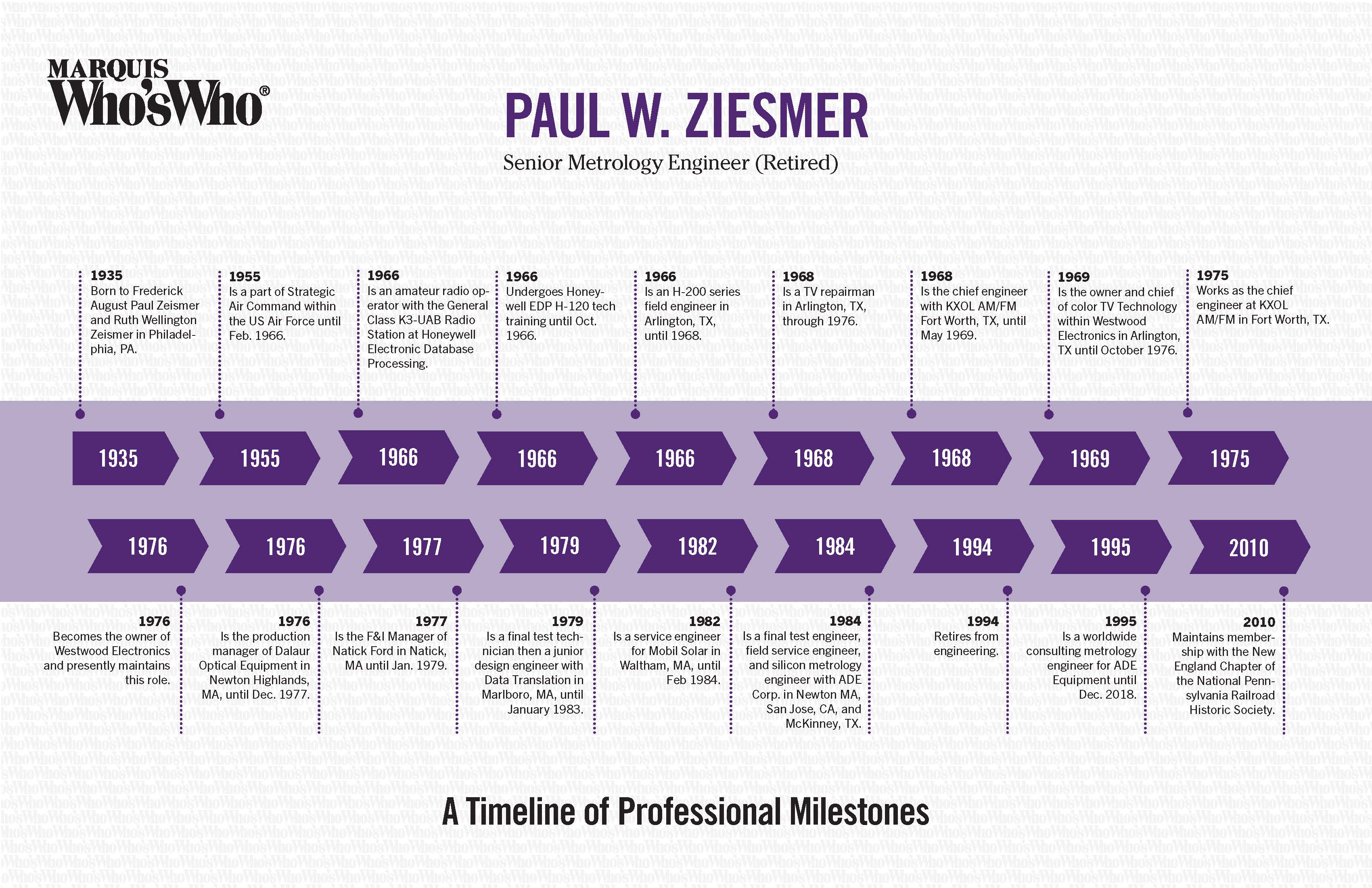 Is a part of Strategic Air Command within the US Air Force until Feb. 1966.

Is the chief engineer with KXOL AM/FM Fort Worth, TX, until May 1969.

Is the owner and chief of color TV Technology within Westwood Electronics in Arlington, TX until October 1976.

Works as the chief engineer at KXOL AM/FM in Fort Worth, TX.

Becomes the owner of Westwood Electronics and presently maintains this role.

Is the production manager of Dalaur Optical Equipment in Newton Highlands, MA, until Dec. 1977.

Is a final test technician then a junior design engineer with Data Translation in Marlboro, MA, until January 1983.

Is a service engineer for Mobil Solar in Waltham, MA, until Feb 1984.

Is a worldwide consulting metrology engineer for ADE Equipment until Dec. 2018.