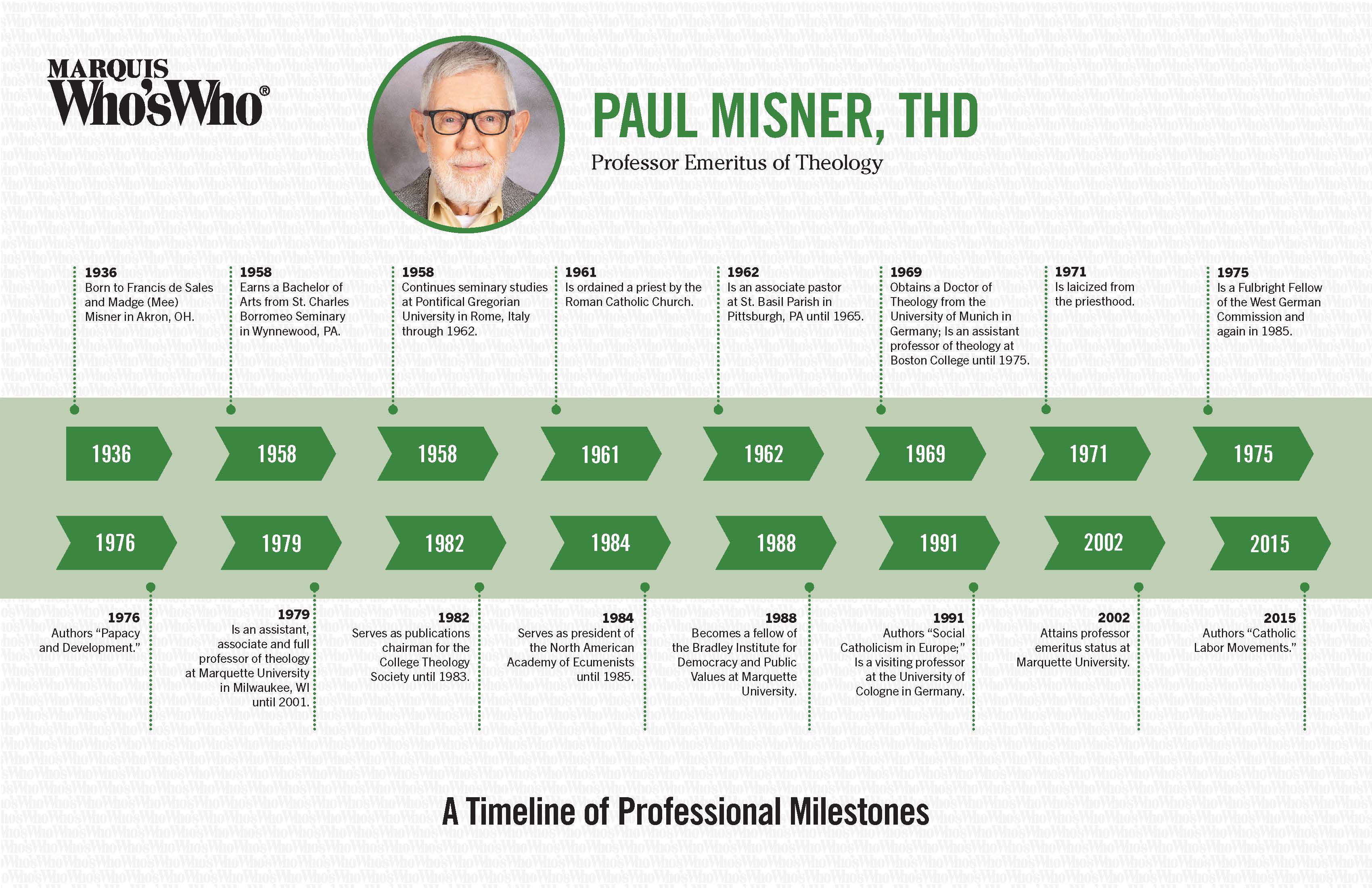 Earns a Bachelor of Arts from St. Charles Borromeo Seminary in Wynnewood, PA.

Is ordained a priest by the Roman Catholic Church.

Is an associate pastor at St. Basil Parish in Pittsburgh, PA until 1965.

Obtains a Doctor of Theology from the University of Munich in Germany; Is an assistant professor of theology at Boston College until 1975.

Is laicized from the priesthood.

Is a Fulbright Fellow of the West German Commission and again in 1985.

Is an assistant, associate and full professor of theology at Marquette University in Milwaukee, WI until 2001.

Serves as publications chairman for the College Theology Society until 1983.

Serves as president of the North American Academy of Ecumenists until 1985.

Becomes a fellow of the Bradley Institute for Democracy and Public Values at Marquette University.

Authors “Social Catholicism in Europe;” Is a visiting professor at the University of Cologne in Germany.