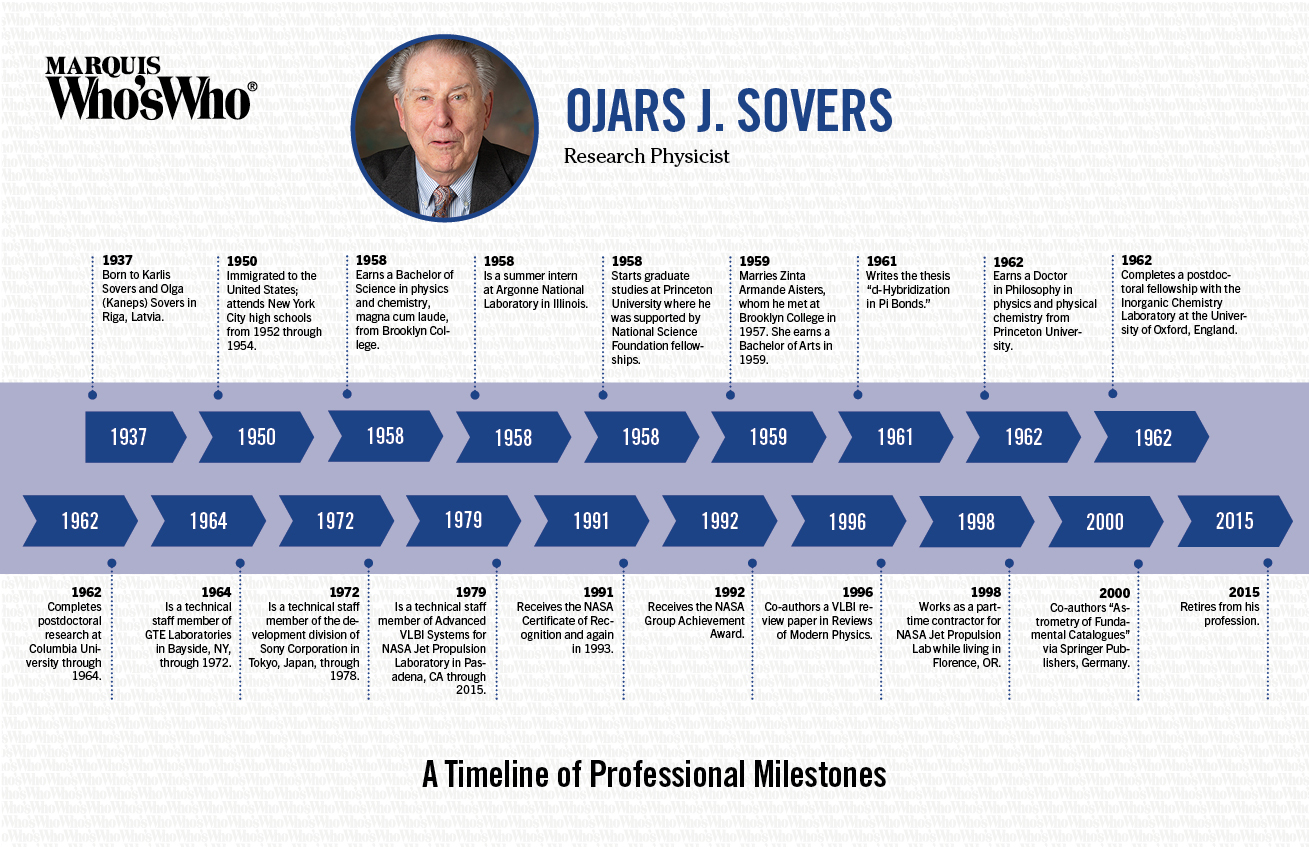 Immigrated to the United States; attends New York City high schools from 1952 through 1954.

Is a summer intern at Argonne National Laboratory in Illinois.

Starts graduate studies at Princeton University where he was supported by National Science Foundation fellowships.

Marries Zinta Armande Aisters, whom he met at Brooklyn College in 1957. She earns a Bachelor of Arts in 1959.

Earns a Doctor in Philosophy in physics and physical chemistry from Princeton University.

Completes a postdoctoral fellowship with the Inorganic Chemistry Laboratory at the University of Oxford, England.

Is a technical staff member of GTE Laboratories in Bayside, NY, through 1972.

Is a technical staff member of the development division of Sony Corporation in Tokyo, Japan, through 1978.

Is a technical staff member of Advanced VLBI Systems for NASA Jet Propulsion Laboratory in Pasadena, CA through 2015.

Receives the NASA Certificate of Recognition and again in 1993.

Co-authors a VLBI review paper in Reviews of Modern Physics.

Works as a part-time contractor for NASA Jet Propulsion Lab while living in Florence, OR.