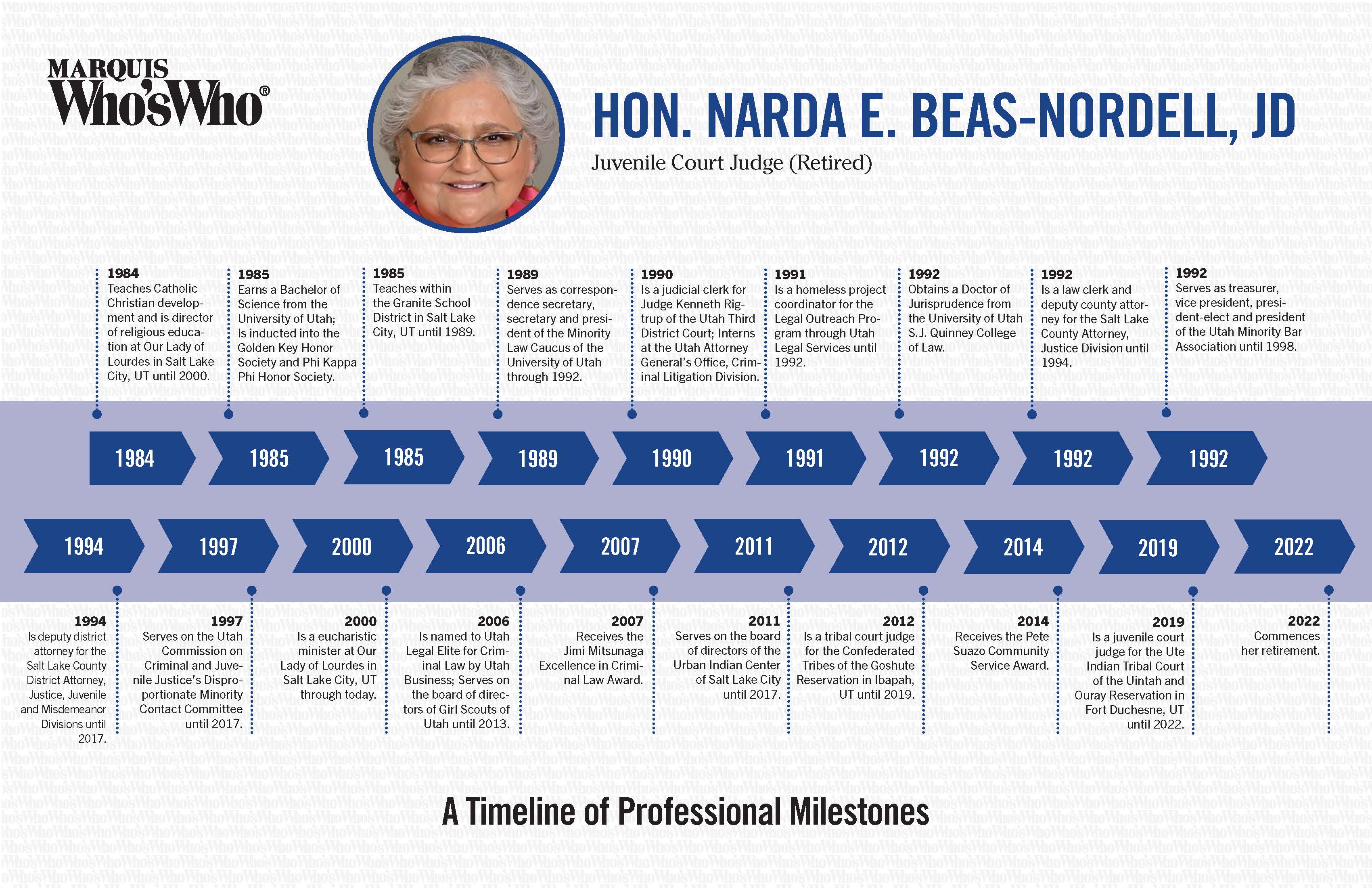 Teaches Catholic Christian development and is director of religious education at Our Lady of Lourdes in Salt Lake City, UT until 2000.

Earns a Bachelor of Science from the University of Utah; Is inducted into the Golden Key Honor Society and Phi Kappa Phi Honor Society.

Teaches within the Granite School District in Salt Lake City, UT until 1989.

Serves as correspondence secretary, secretary and president of the Minority Law Caucus of the University of Utah through 1992.

Is a homeless project coordinator for the Legal Outreach Program through Utah Legal Services until 1992.

Obtains a Doctor of Jurisprudence from the University of Utah S.J. Quinney College of Law.

Is a law clerk and deputy county attorney for the Salt Lake County Attorney, Justice Division until 1994.

Serves as treasurer, vice president, president-elect and president of the Utah Minority Bar Association until 1998.

Serves on the Utah Commission on Criminal and Juvenile Justice’s Disproportionate Minority Contact Committee until 2017.

Is a eucharistic minister at Our Lady of Lourdes in Salt Lake City, UT through today.

Is named to Utah Legal Elite for Criminal Law by Utah Business; Serves on the board of directors of Girl Scouts of Utah until 2013.

Serves on the board of directors of the Urban Indian Center of Salt Lake City until 2017.

Is a tribal court judge for the Confederated Tribes of the Goshute Reservation in Ibapah, UT until 2019.

Is a juvenile court judge for the Ute Indian Tribal Court of the Uintah and Ouray Reservation in Fort Duchesne, UT until 2022.