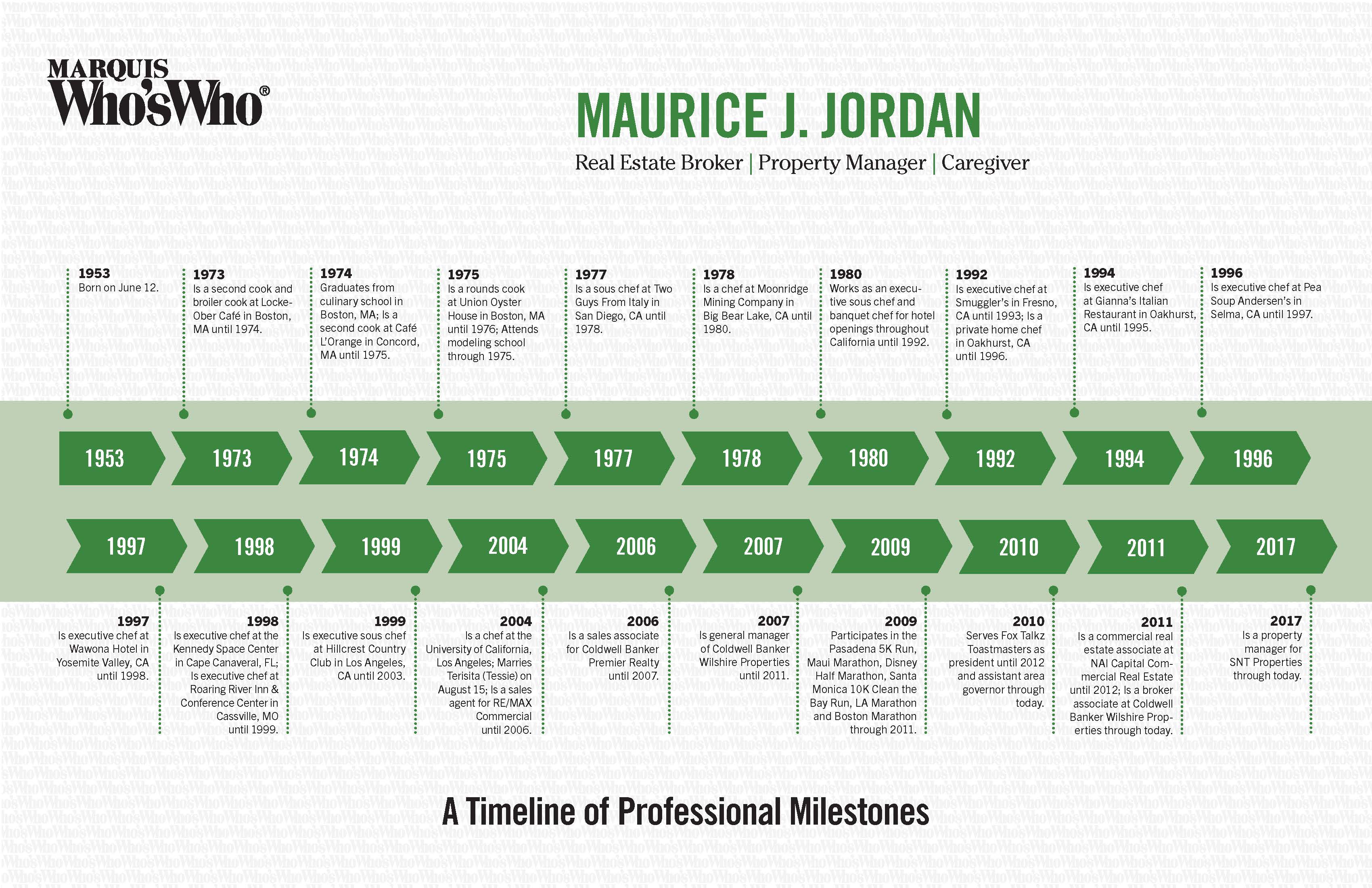 Is a second cook and broiler cook at Locke-Ober Café in Boston, MA until 1974.

Graduates from culinary school in Boston, MA; Is a second cook at Café L’Orange in Concord, MA until 1975.

Is a rounds cook at Union Oyster House in Boston, MA until 1976; Attends modeling school through 1975.

Is a chef at Moonridge Mining Company in Big Bear Lake, CA until 1980.

Works as an executive sous chef and banquet chef for hotel openings throughout California until 1992.

Is executive chef at Gianna’s Italian Restaurant in Oakhurst, CA until 1995.

Is executive chef at Pea Soup Andersen’s in Selma, CA until 1997.

Is executive chef at Wawona Hotel in Yosemite Valley, CA until 1998.

Is executive sous chef at Hillcrest Country Club in Los Angeles, CA until 2003.

Is a chef at the University of California, Los Angeles; Marries Terisita (Tessie) on August 15; Is a sales agent for RE/MAX Commercial until 2006.

Is a sales associate for Coldwell Banker Premier Realty until 2007.

Is general manager of Coldwell Banker Wilshire Properties until 2011.

Serves Fox Talkz Toastmasters as president until 2012 and assistant area governor through today.

Is a commercial real estate associate at NAI Capital Commercial Real Estate until 2012; Is a broker associate at Coldwell Banker Wilshire Properties through today.

Is a property manager for SNT Properties through today.