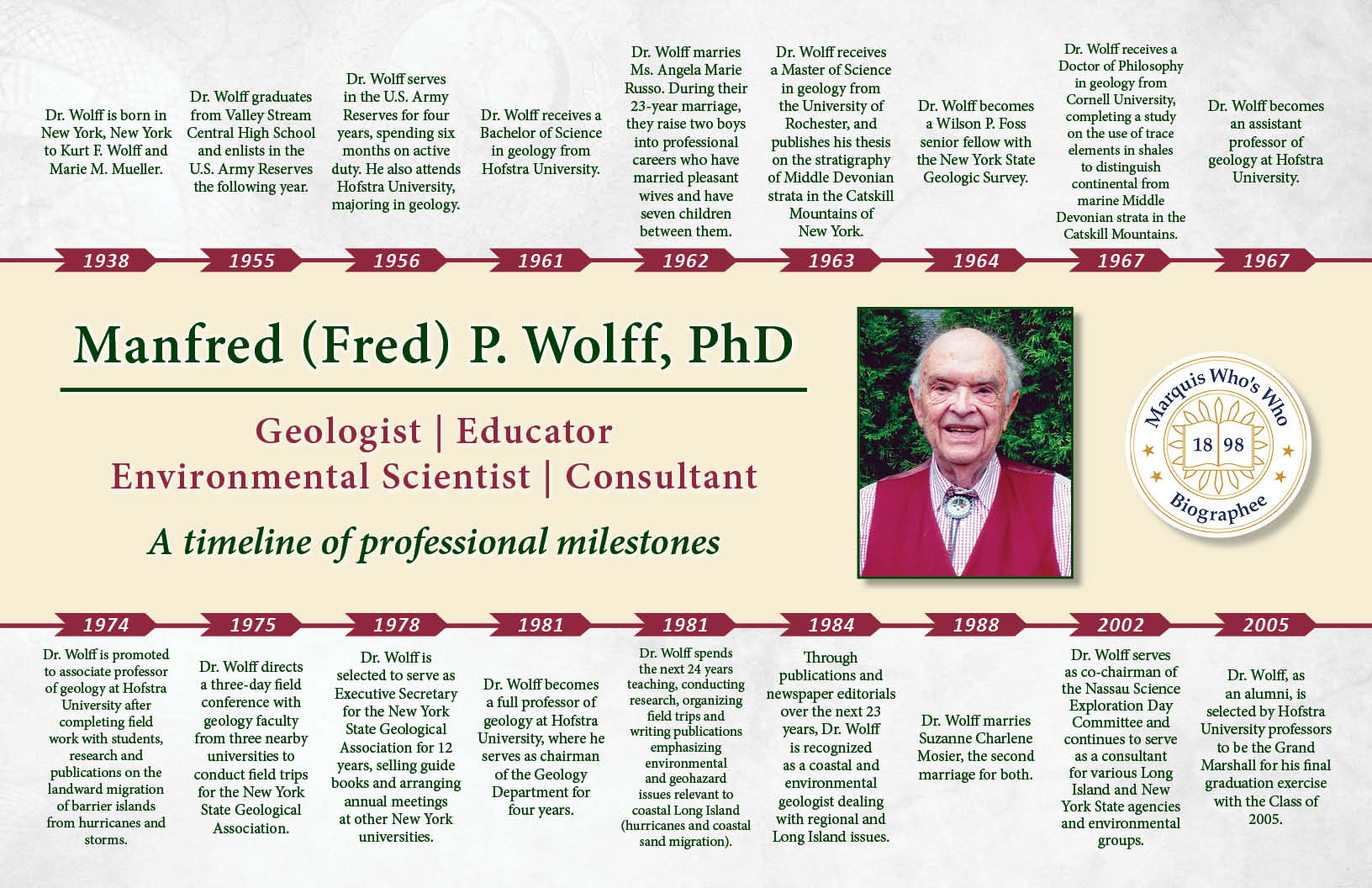 Dr. Wolff receives a Bachelor of Science in geology from Hofstra University.

Dr. Wolff marries Ms. Angela Marie Russo. During their 23-year marriage, they raise two boys into professional careers who have married pleasant wives and have seven children between them.

Dr. Wolff receives a Master of Science in geology from the University of Rochester, and publishes his thesis on the stratigraphy of Middle Devonian strata in the Catskill Mountains of New York.

Dr. Wolff receives a Doctor of Philosophy in geology from Cornell University, completing a study on the use of trace elements in shales to distinguish continental from marine Middle Devonian strata in the Catskill Mountains.

Dr. Wolff is promoted to associate professor of geology at Hofstra University after completing field work with students, research and publications on the landward migration of barrier islands from hurricanes and storms.

Dr. Wolff is selected to serve as Executive Secretary for the New York State Geological Association for 12 years, selling guide books and arranging annual meetings at other New York universities.

Dr. Wolff becomes a full professor of geology at Hofstra University, where he serves as chairman of the Geology Department for four years.

Through publications and newspaper editorials over the next 23 years, Dr. Wolff is recognized as a coastal and environmental geologist dealing with regional and Long Island issues.

Dr. Wolff serves as co-chairman of the Nassau Science Exploration Day Committee and continues to serve as a consultant for various Long Island and New York State agencies and environmental groups.

Dr. Wolff, as an alumni, is selected by Hofstra University professors to be the Grand Marshall for his final graduation exercise with the Class of 2005.