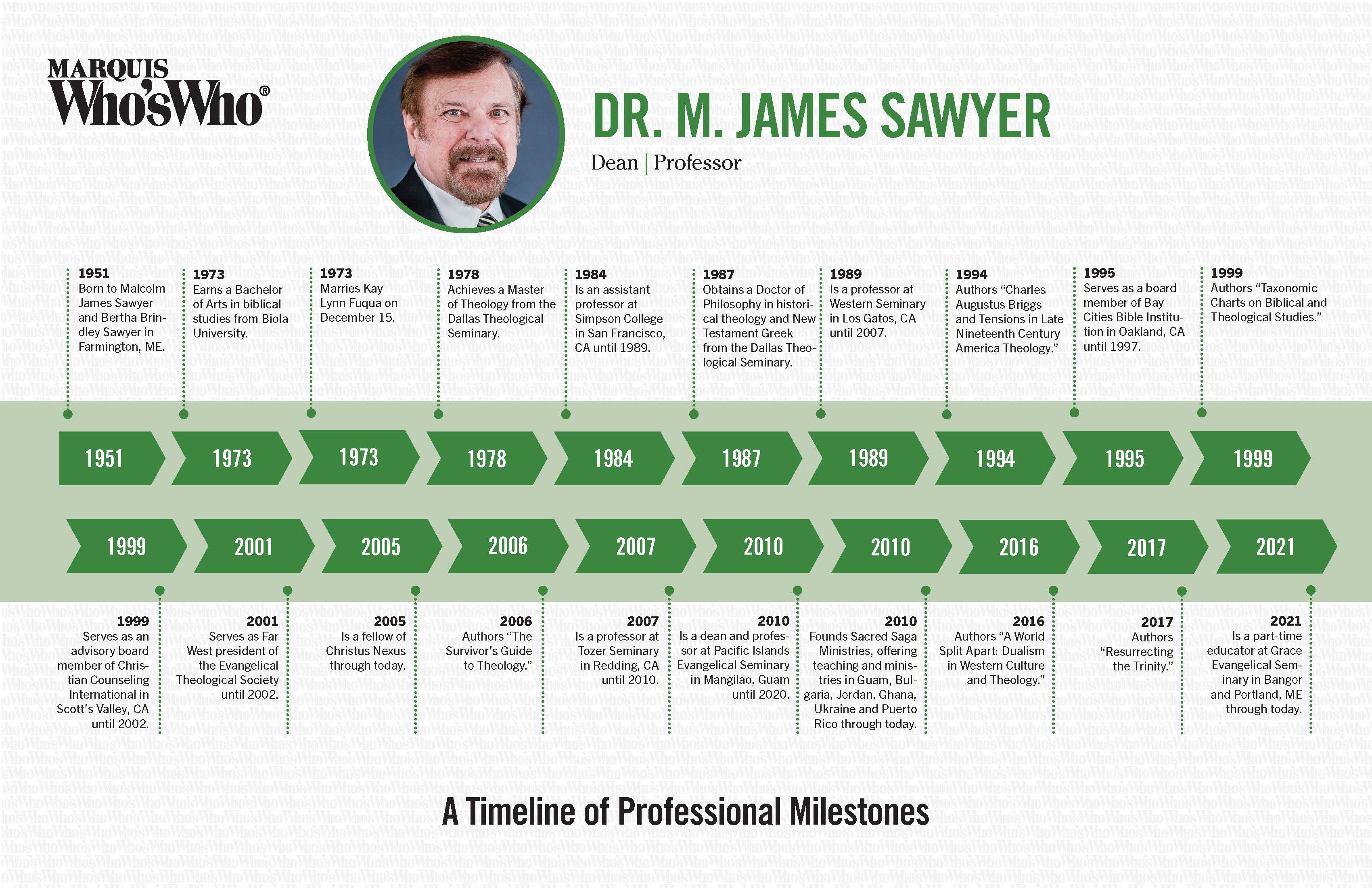 Born to Malcolm James Sawyer and Bertha Brindley Sawyer in Farmington, ME.

Earns a Bachelor of Arts in biblical studies from Biola University.

Achieves a Master of Theology from the Dallas Theological Seminary.

Is an assistant professor at Simpson College in San Francisco, CA until 1989.

Obtains a Doctor of Philosophy in historical theology and New Testament Greek from the Dallas Theological Seminary.

Is a professor at Western Seminary in Los Gatos, CA until 2007.

Serves as a board member of Bay Cities Bible Institution in Oakland, CA until 1997.

Serves as an advisory board member of Christian Counseling International in Scott’s Valley, CA until 2002.

Serves as Far West president of the Evangelical Theological Society until 2002.

Is a fellow of Christus Nexus through today.

Authors “The Survivor’s Guide to Theology.”

Is a professor at Tozer Seminary in Redding, CA until 2010.

Is a dean and professor at Pacific Islands Evangelical Seminary in Mangilao, Guam until 2020.

Is a part-time educator at Grace Evangelical Seminary in Bangor and Portland, ME through today.