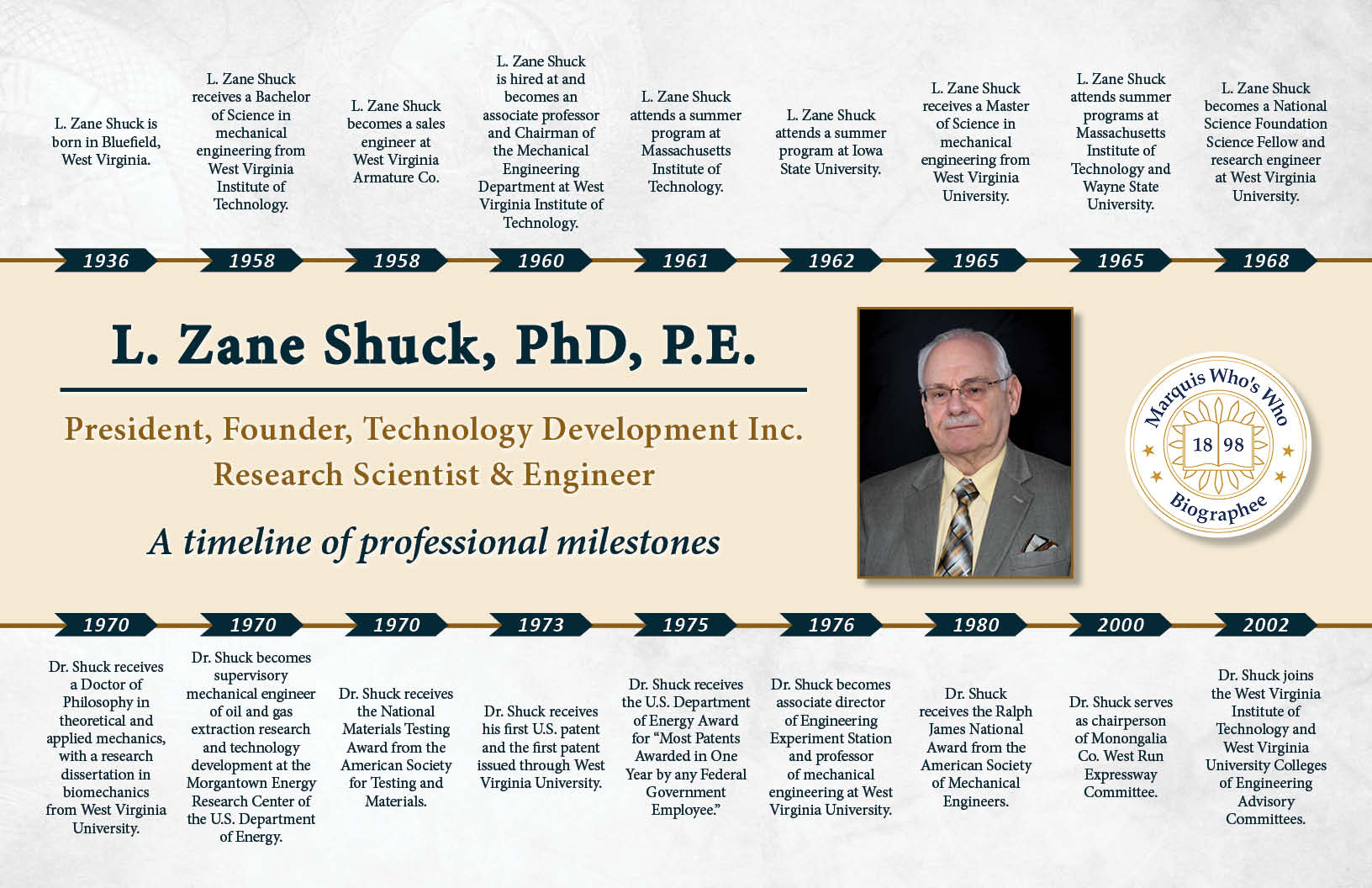 L. Zane Shuck is hired at and becomes an associate professor and Chairman of the Mechanical Engineering Department at West Virginia Institute of Technology.

Dr. Shuck receives a Doctor of Philosophy in theoretical and applied mechanics, with a research dissertation in biomechanics from West Virginia University.

Dr. Shuck receives the National Materials Testing Award from the American Society for Testing and Materials.

Dr. Shuck receives the U.S. Department of Energy Award for “Most Patents Awarded in One Year by any Federal Government Employee.”

Dr. Shuck receives, among his 21 other patents, the first of five U.S. patents on capsule devices, methodologies, and processes for a new human healthcare diagnostic and treatment system based in the gastrointestinal tract.