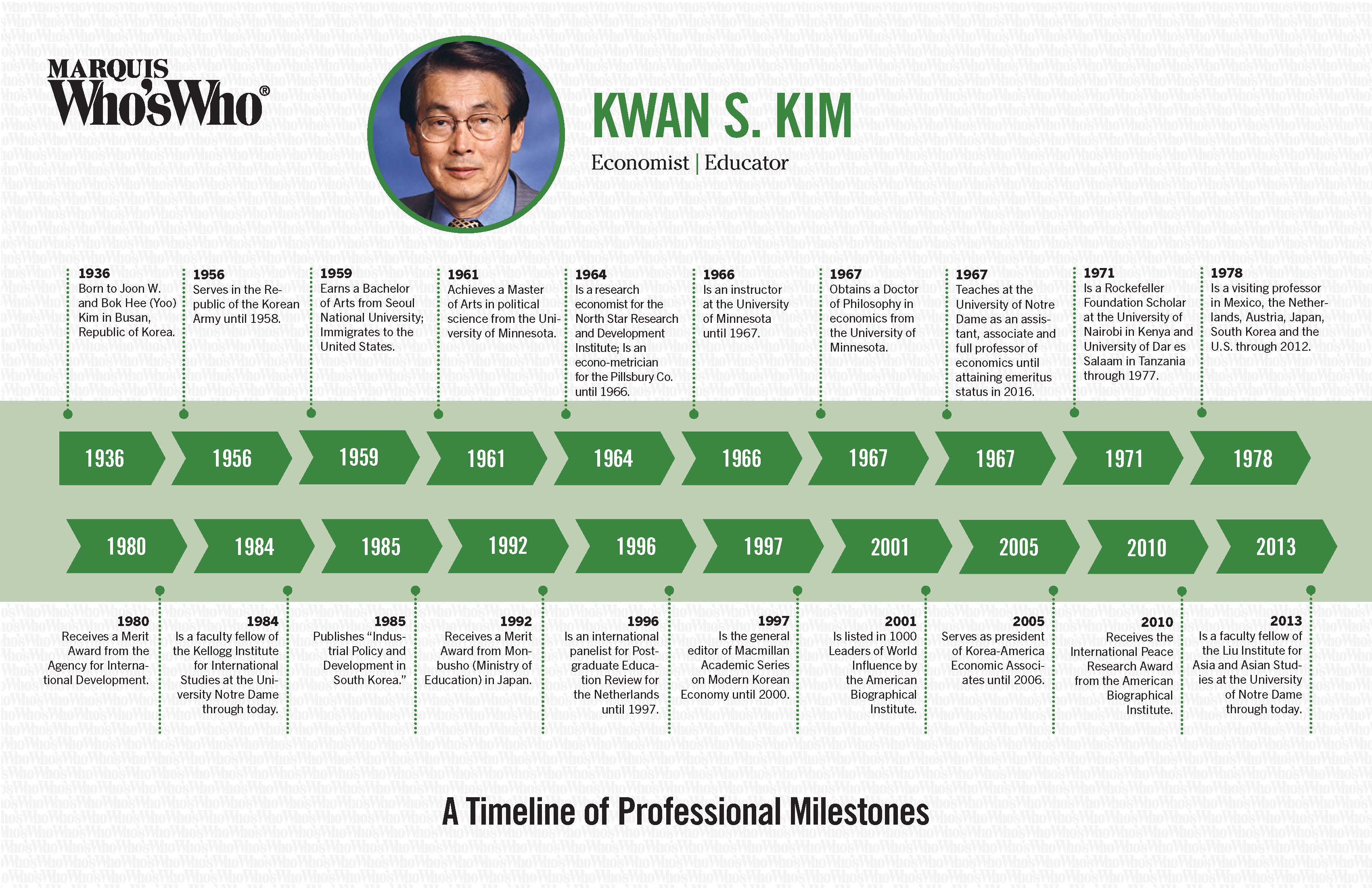 Serves in the Republic of the Korean Army until 1958.

Earns a Bachelor of Arts from Seoul National University; Immigrates to the United States.

Achieves a Master of Arts in political science from the University of Minnesota.

Is a research economist for the North Star Research and Development Institute; Is an econometrician for the Pillsbury Co. until 1966.

Is an instructor at the University of Minnesota until 1967.

Obtains a Doctor of Philosophy in economics from the University of Minnesota.

Teaches at the University of Notre Dame as an assistant, associate and full professor of economics until attaining emeritus status in 2016.

Is a Rockefeller Foundation Scholar at the University of Nairobi in Kenya and University of Dar es Salaam in Tanzania through 1977.

Is a visiting professor in Mexico, the Netherlands, Austria, Japan, South Korea and the U.S. through 2012.

Receives a Merit Award from the Agency for International Development.

Is a faculty fellow of the Kellogg Institute for International Studies at the University Notre Dame through today.

Receives a Merit Award from Monbusho (Ministry of Education) in Japan.

Is an international panelist for Postgraduate Education Review for the Netherlands until 1997.

Is the general editor of Macmillan Academic Series on Modern Korean Economy until 2000.

Is listed in 1000 Leaders of World Influence by the American Biographical Institute.

Serves as president of Korea-America Economic Associates until 2006.

Is a faculty fellow of the Liu Institute for Asia and Asian Studies at the University of Notre Dame through today.