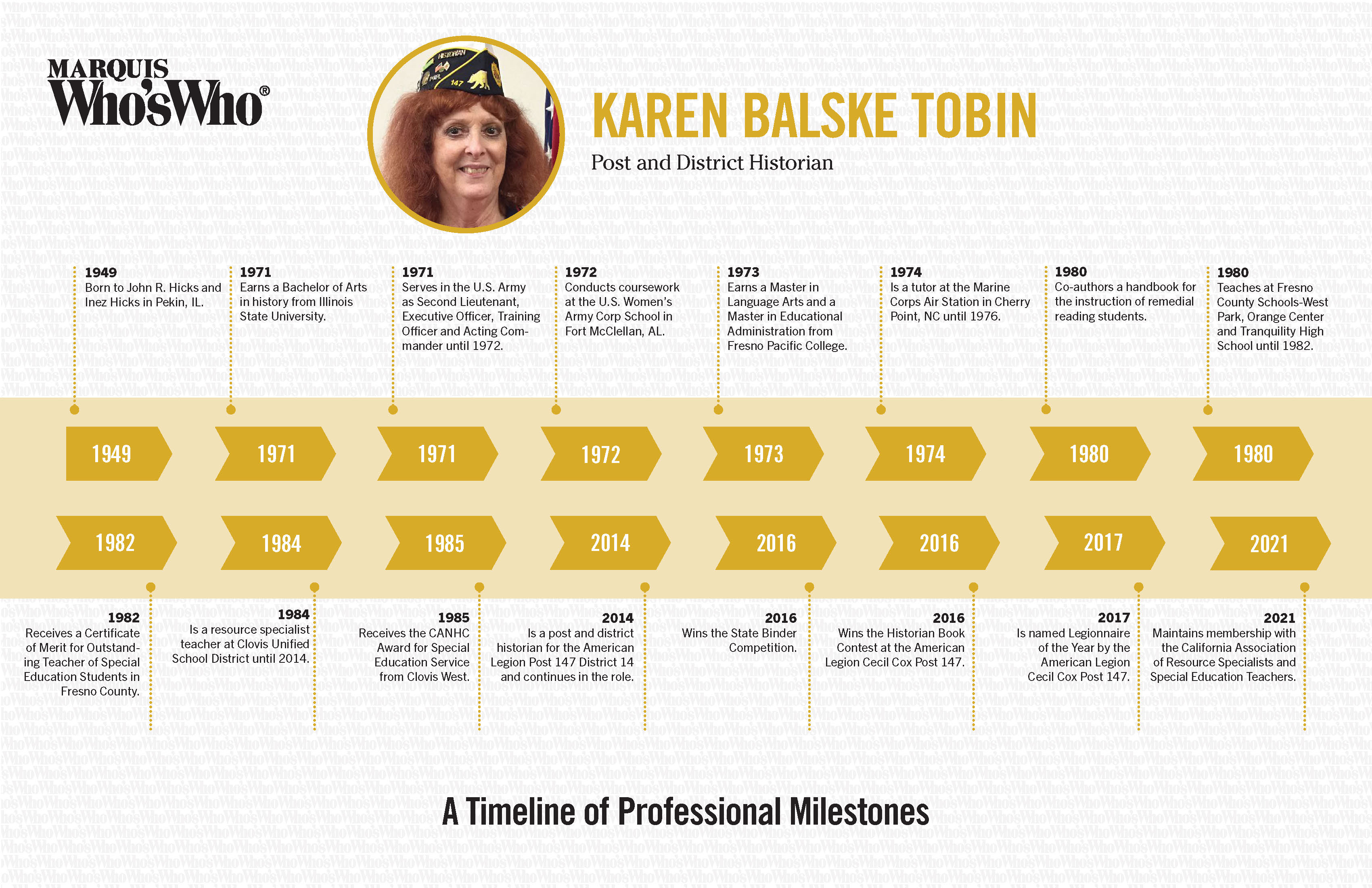 Earns a Bachelor of Arts in history from Illinois State University.

Serves in the U.S. Army as Second Lieutenant, Executive Officer, Training Officer and Acting Commander until 1972.

Earns a Master in Language Arts and a Master in Educational Administration from Fresno Pacific College.

Is a tutor at the Marine Corps Air Station in Cherry Point, NC until 1976.

Co-authors a handbook for the instruction of remedial reading students.

Receives a Certificate of Merit for Outstanding Teacher of Special Education Students in Fresno County.

Is a resource specialist teacher at Clovis Unified School District until 2014.

Is a post and district historian for the American Legion Post 147 District 14 and continues in the role.

Is named Legionnaire of the Year by the American Legion Cecil Cox Post 147.

Maintains membership with the California Association of Resource Specialists and Special Education Teachers.