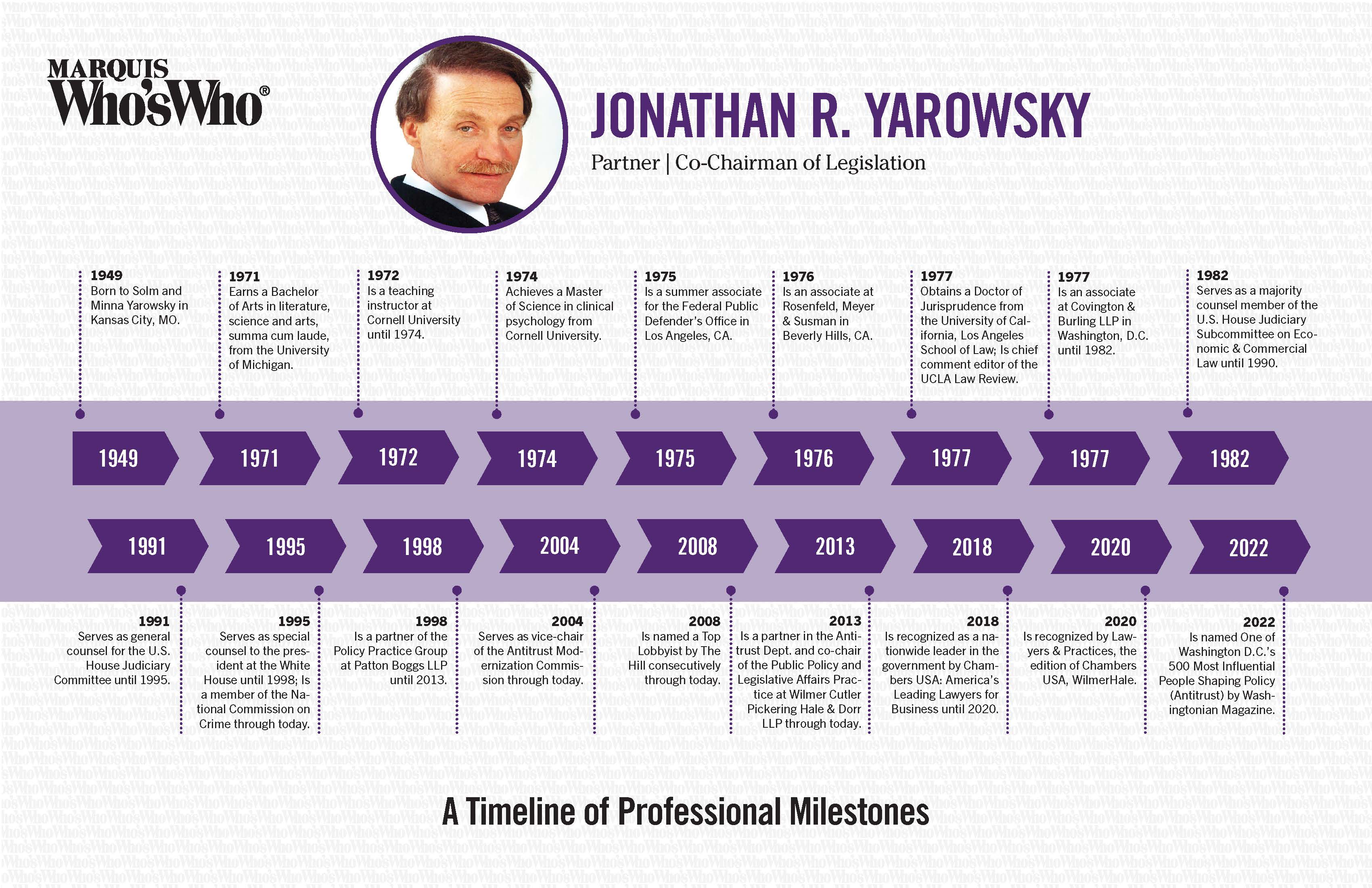 Born to Solm and Minna Yarowsky in Kansas City, MO.

Is a teaching instructor at Cornell University until 1974.

Achieves a Master of Science in clinical psychology from Cornell University.

Is a summer associate for the Federal Public Defender’s Office in Los Angeles, CA.

Is an associate at Rosenfeld, Meyer & Susman in Beverly Hills, CA.

Obtains a Doctor of Jurisprudence from the University of California, Los Angeles School of Law; Is chief comment editor of the UCLA Law Review.

Is an associate at Covington & Burling LLP in Washington, D.C. until 1982.

Serves as a majority counsel member of the U.S. House Judiciary Subcommittee on Economic & Commercial Law until 1990.

Serves as general counsel for the U.S. House Judiciary Committee until 1995.

Serves as special counsel to the president at the White House until 1998; Is a member of the National Commission on Crime through today.

Is a partner of the Policy Practice Group at Patton Boggs LLP until 2013.

Serves as vice-chair of the Antitrust Modernization Commission through today.

Is named a Top Lobbyist by The Hill consecutively through today.

Is a partner in the Antitrust Dept. and co-chair of the Public Policy and Legislative Affairs Practice at Wilmer Cutler Pickering Hale & Dorr LLP through today.

Is recognized as a nationwide leader in the government by Chambers USA: America’s Leading Lawyers for Business until 2020.

Is recognized by Lawyers & Practices, the edition of Chambers USA, WilmerHale.

Is named One of Washington D.C.’s 500 Most Influential People Shaping Policy (Antitrust) by Washingtonian Magazine.