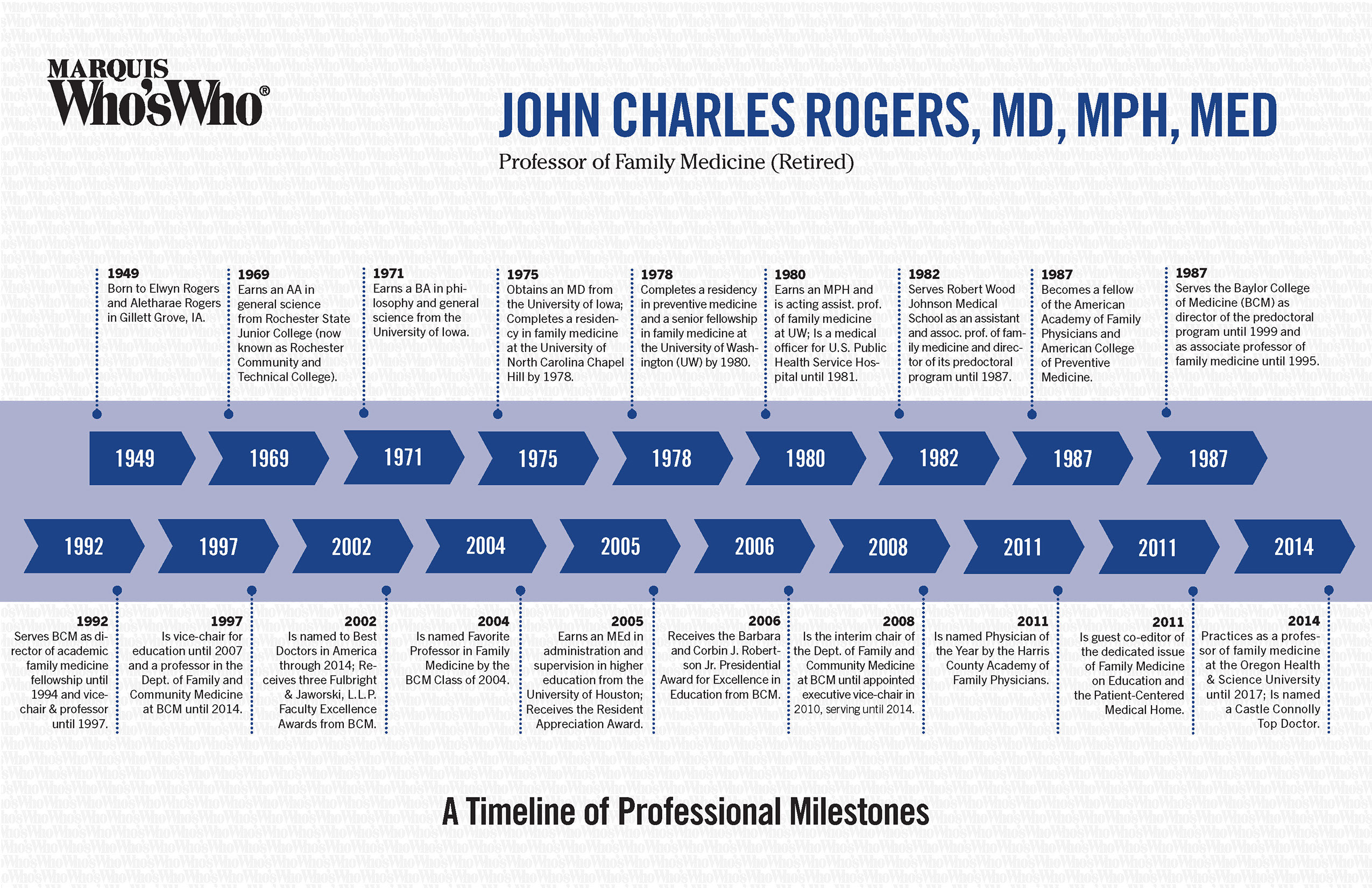 Earns a BA in philosophy and general science from the University of Iowa.

Completes a residency in preventive medicine and a senior fellowship in family medicine at the University of Washington (UW) by 1980.

Earns an MPH and is acting assist. prof. of family medicine at UW; Is a medical officer for U.S. Public Health Service Hospital until 1981.

Serves Robert Wood Johnson Medical School as an assistant and assoc. prof. of family medicine and director of its predoctoral program until 1987.

Becomes a fellow of the American Academy of Family Physicians and American College of Preventive Medicine.

Serves the Baylor College of Medicine (BCM) as director of the predoctoral program until 1999 and as associate professor of family medicine until 1995.

Serves BCM as director of academic family medicine fellowship until 1994 and vice-chair & professor until 1997.

Is vice-chair for education until 2007 and a professor in the Dept. of Family and Community Medicine at BCM until 2014.

Is named Favorite Professor in Family Medicine by the BCM Class of 2004.

Earns an MEd in administration and supervision in higher education from the University of Houston; Receives the Resident Appreciation Award.

Receives the Barbara and Corbin J. Robertson Jr. Presidential Award for Excellence in Education from BCM.

Is the interim chair of the Dept. of Family and Community Medicine at BCM until appointed executive vice-chair in 2010, serving until 2014.

Is named Physician of the Year by the Harris County Academy of Family Physicians.

Is guest co-editor of the dedicated issue of Family Medicine on Education and the Patient-Centered Medical Home.

Practices as a professor of family medicine at the Oregon Health & Science University until 2017; Is named a Castle Connolly Top Doctor.