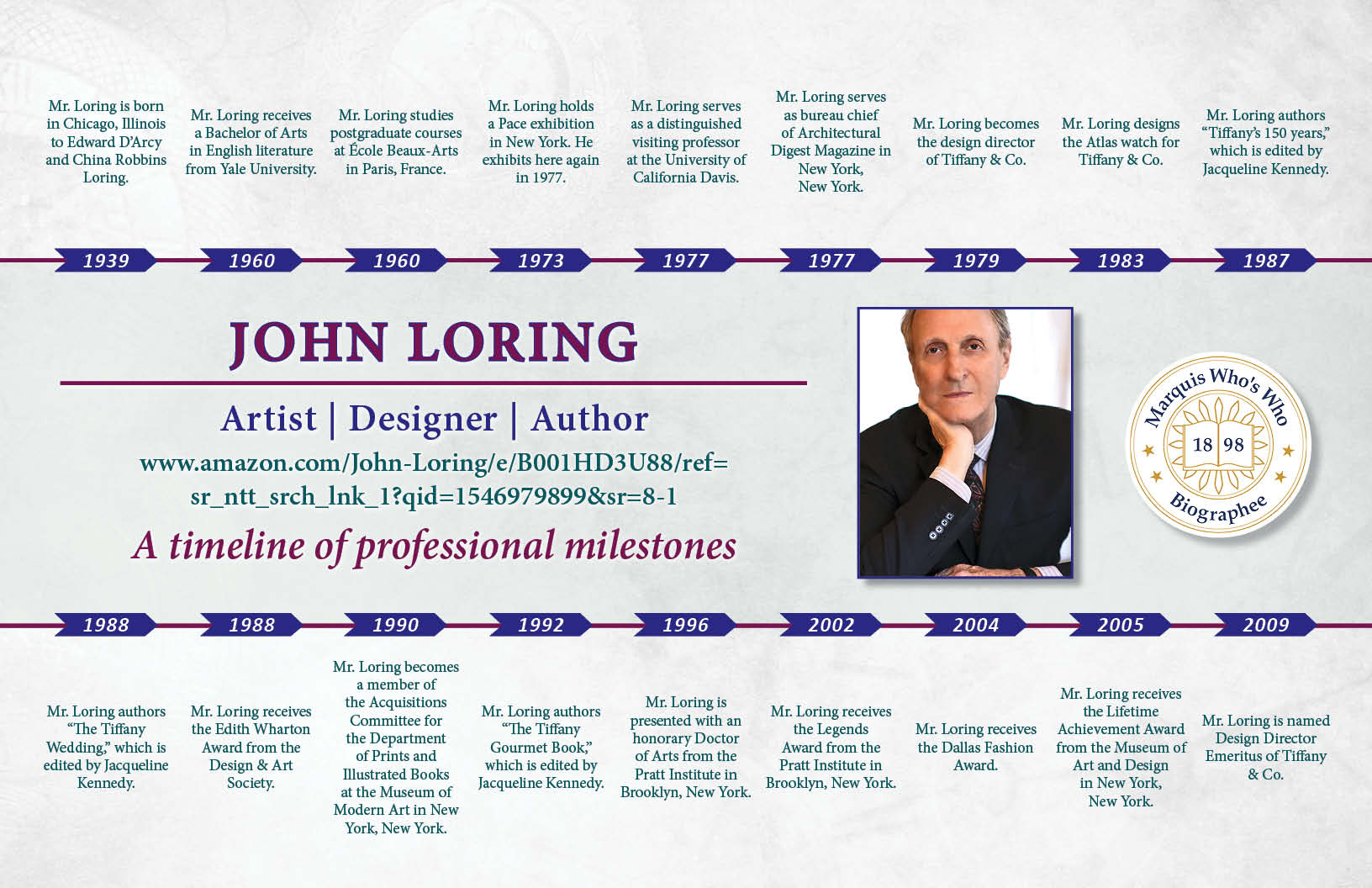 Mr. Loring receives a Bachelor of Arts in English literature from Yale University.

Mr. Loring serves as a distinguished visiting professor at the University of California Davis.

Mr. Loring authors “The Tiffany Wedding,” which is edited by Jacqueline Kennedy.

Mr. Loring becomes a member of the Acquisitions Committee for the Department of Prints and Illustrated Books at the Museum of Modern Art in New York, New York.

Mr. Loring authors “The Tiffany Gourmet Book,” which is edited by Jacqueline Kennedy.

Mr. Loring is presented with an honorary Doctor of Arts from the Pratt Institute in Brooklyn, New York.

Mr. Loring receives the Lifetime Achievement Award from the Museum of Art and Design in New York, New York.