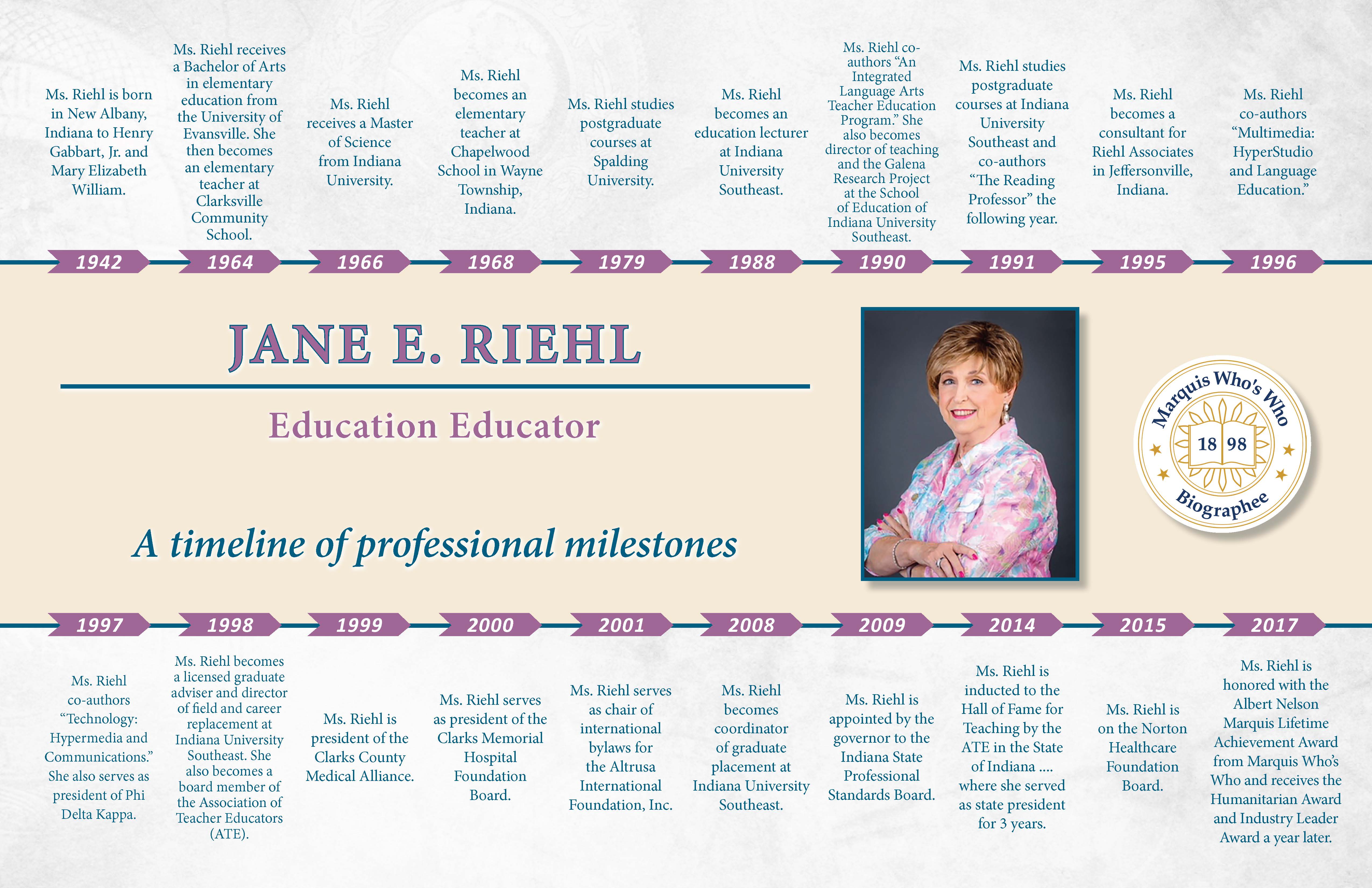 Ms. Riehl receives a Bachelor of Arts in elementary education from the University of Evansville. She then becomes an elementary teacher at Clarksville Community School.

Ms. Riehl receives a Master of Science from Indiana University.

Ms. Riehl co-authors “An Integrated Language Arts Teacher Education Program.” She also becomes director of teaching and the Galena Research Project at the School of Education of Indiana University Southeast.

Ms. Riehl becomes a licensed graduate adviser and director of field and career replacement at Indiana University Southeast. She also becomes a board member of the Association of Teacher Educators (ATE).

Ms. Riehl serves as president of the Clarks Memorial Hospital Foundation Board and does so again in 2009.

Ms. Riehl is appointed by the governor to the Indiana State Professional Standards Board.

Ms. Riehl is inducted to the Hall of Fame for Teaching by the ATE in the State of Indiana where she served as state president for 3 years.

Ms. Riehl is honored with the Albert Nelson Marquis Lifetime Achievement Award from Marquis Who’s Who.