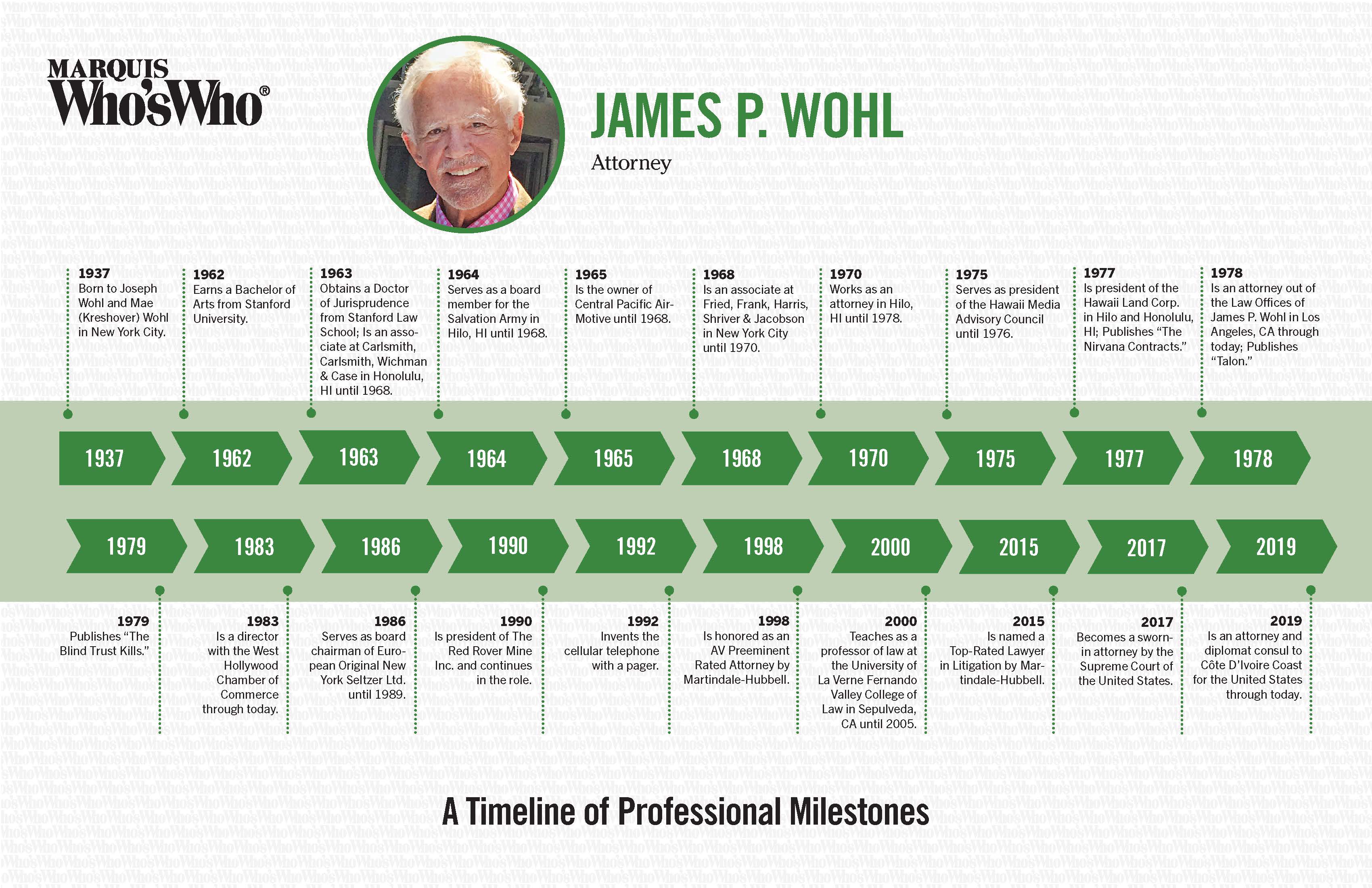 Earns a Bachelor of Arts from Stanford University.

Obtains a Doctor of Jurisprudence from Stanford Law School; Is an associate at Carlsmith, Carlsmith, Wichman & Case in Honolulu, HI until 1968.

Serves as a board member for the Salvation Army in Hilo, HI until 1968.

Is the owner of Central Pacific AirMotive until 1968.

Is an associate at Fried, Frank, Harris, Shriver & Jacobson in New York City until 1970.

Serves as president of the Hawaii Media Advisory Council until 1976.

Is president of the Hawaii Land Corp. in Hilo and Honolulu, HI; Publishes “The Nirvana Contracts.”

Is an attorney out of the Law Offices of James P. Wohl in Los Angeles, CA through today; Publishes “Talon.”

Is a director with the West Hollywood Chamber of Commerce through today.

Serves as board chairman of European Original New York Seltzer Ltd. until 1989.

Is president of The Red Rover Mine Inc. and continues in the role.

Invents the cellular telephone with a pager.

Is honored as an AV Preeminent Rated Attorney by Martindale-Hubbell.

Teaches as a professor of law at the University of La Verne Fernando Valley College of Law in Sepulveda, CA until 2005.

Is named a Top-Rated Lawyer in Litigation by Martindale-Hubbell.

Becomes a sworn-in attorney by the Supreme Court of the United States.

Is an attorney and diplomat consul to Côte D’Ivoire Coast for the United States through today.