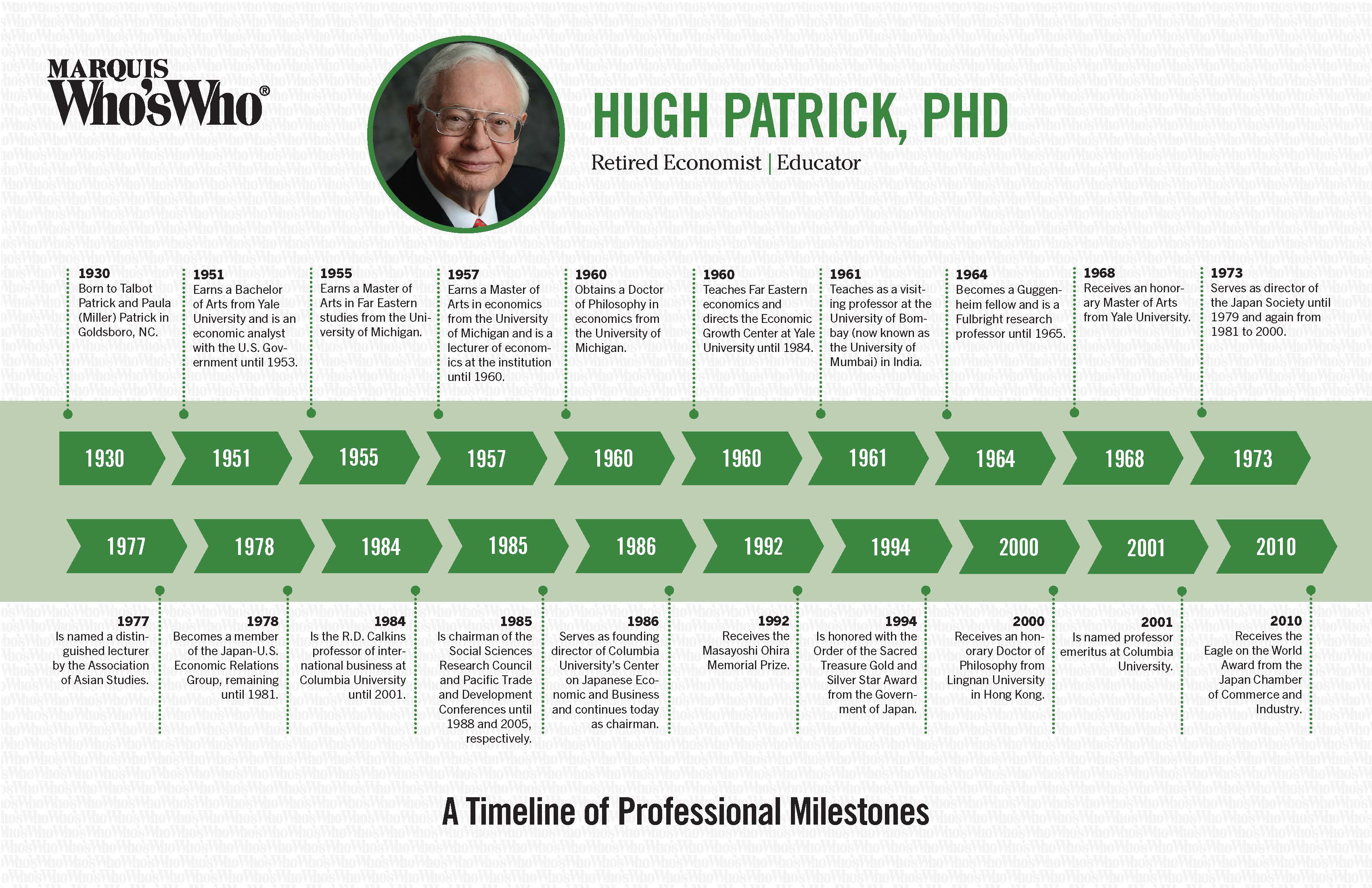 Earns a Bachelor of Arts from Yale University and is an economic analyst with the U.S. Government until 1953.

Earns a Master of Arts in Far Eastern studies from the University of Michigan.

Earns a Master of Arts in economics from the University of Michigan and is a lecturer of economics at the institution until 1960.

Obtains a Doctor of Philosophy in economics from the University of Michigan.

Becomes a Guggenheim fellow and is a Fulbright research professor until 1965.

Receives an honorary Master of Arts from Yale University.

Is named a distinguished lecturer by the Association of Asian Studies.

Becomes a member of the Japan-U.S. Economic Relations Group, remaining until 1981.

Is the R.D. Calkins professor of international business at Columbia University until 2001.

Is chairman of the Social Sciences Research Council and Pacific Trade and Development Conferences until 1988 and 2005, respectively.

Serves as founding director of Columbia University’s Center on Japanese Economic and Business and continues today as chairman.

Is honored with the Order of the Sacred Treasure Gold and Silver Star Award from the Government of Japan.

Receives an honorary Doctor of Philosophy from Lingnan University in Hong Kong.

Receives the Eagle on the World Award from the Japan Chamber of Commerce and Industry.