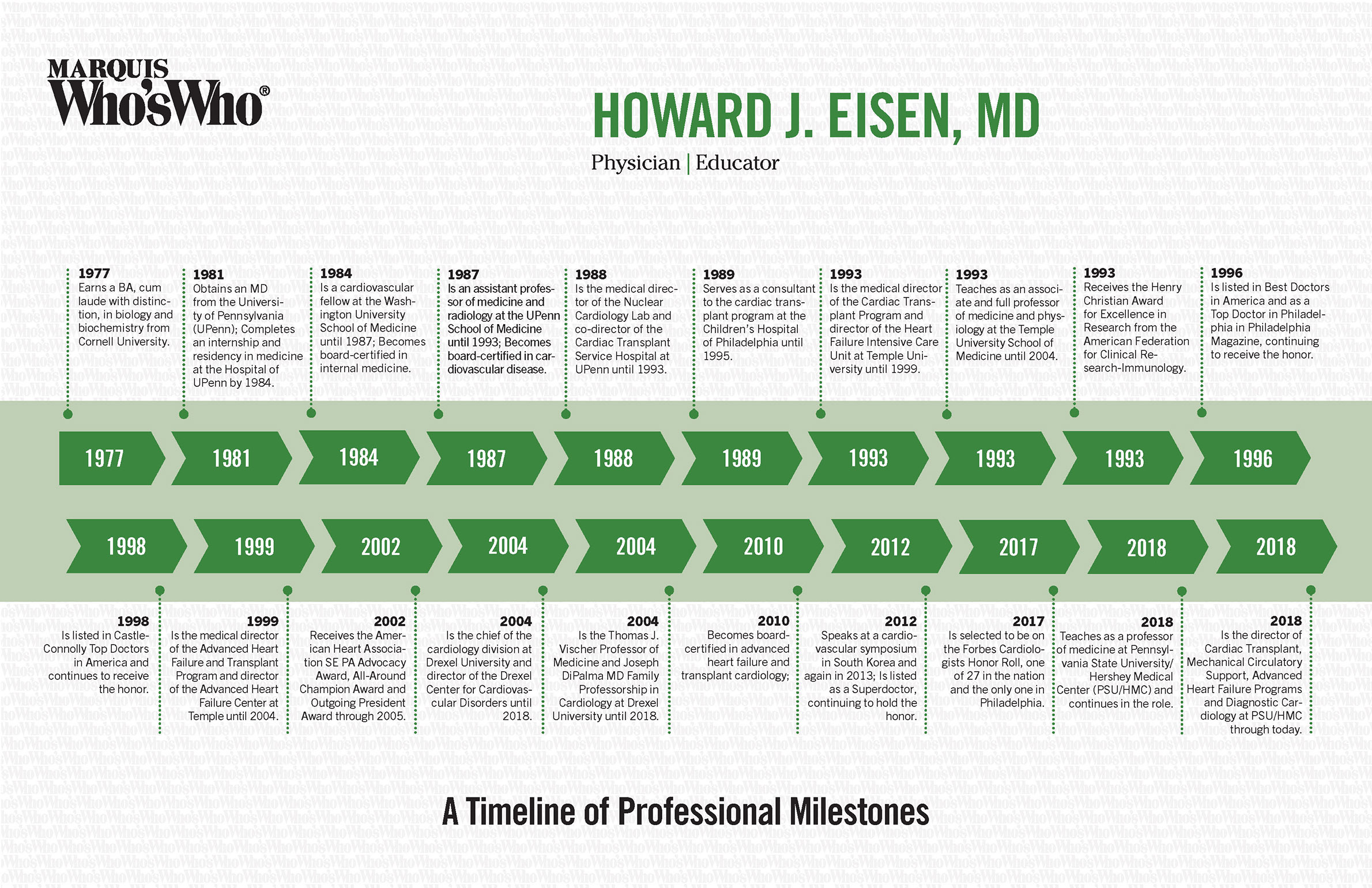 Obtains an MD from the University of Pennsylvania (UPenn); Completes an internship and residency in medicine at the Hospital of UPenn by 1984.

Is a cardiovascular fellow at the Washington University School of Medicine until 1987; Becomes board-certified in internal medicine.

Is an assistant professor of medicine and radiology at the UPenn School of Medicine until 1993; Becomes board-certified in cardiovascular disease.

Serves as a consultant to the cardiac transplant program at the Children’s Hospital of Philadelphia until 1995.

Teaches as an associate and full professor of medicine and physiology at the Temple University School of Medicine until 2004.

Receives the Henry Christian Award for Excellence in Research from the American Federation for Clinical Research-Immunology.

Is listed in Castle-Connolly Top Doctors in America and continues to receive the honor.

Is the chief of the cardiology division at Drexel University and director of the Drexel Center for Cardiovascular Disorders until 2018.

Is the Thomas J. Vischer Professor of Medicine and Joseph DiPalma MD Family Professorship in Cardiology at Drexel University until 2018.

Speaks at a cardiovascular symposium in South Korea and again in 2013; Is listed as a Superdoctor, continuing to hold the honor.

Is selected to be on the Forbes Cardiologists Honor Roll, one of 27 in the nation and the only one in Philadelphia.

Teaches as a professor of medicine at Pennsylvania State University/Hershey Medical Center (PSU/HMC) and continues in the role.

Is the director of Cardiac Transplant, Mechanical Circulatory Support, Advanced Heart Failure Programs and Diagnostic Cardiology at PSU/HMC through today.