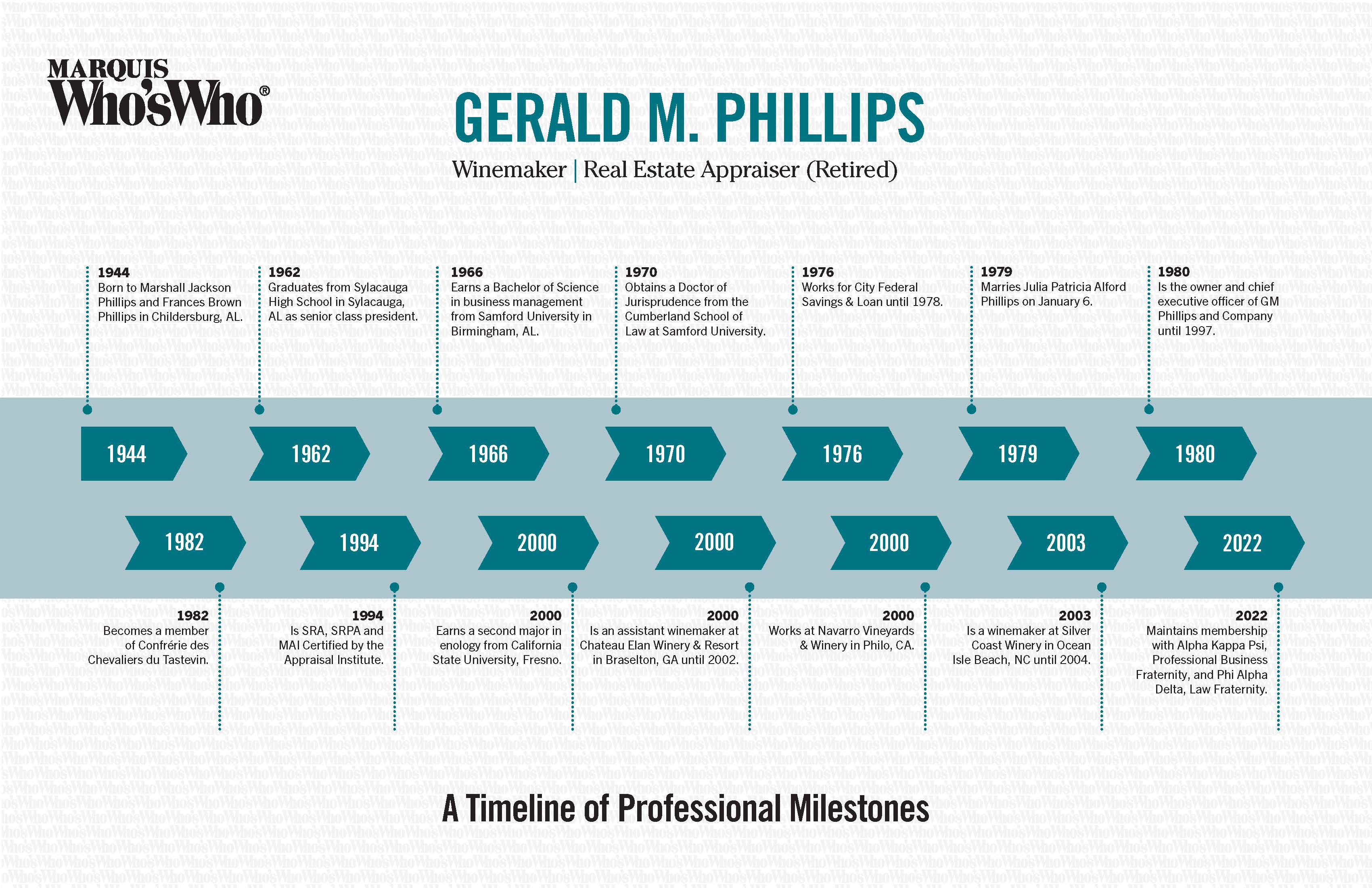 Earns a Bachelor of Science in business management from Samford University in Birmingham, AL.

Obtains a Doctor of Jurisprudence from the Cumberland School of Law at Samford University.

Is the owner and chief executive officer of GM Phillips and Company until 1997.

Is SRA, SRPA and MAI Certified by the Appraisal Institute.

Is an assistant winemaker at Chateau Elan Winery & Resort in Braselton, GA until 2002.

Is a winemaker at Silver Coast Winery in Ocean Isle Beach, NC until 2004.