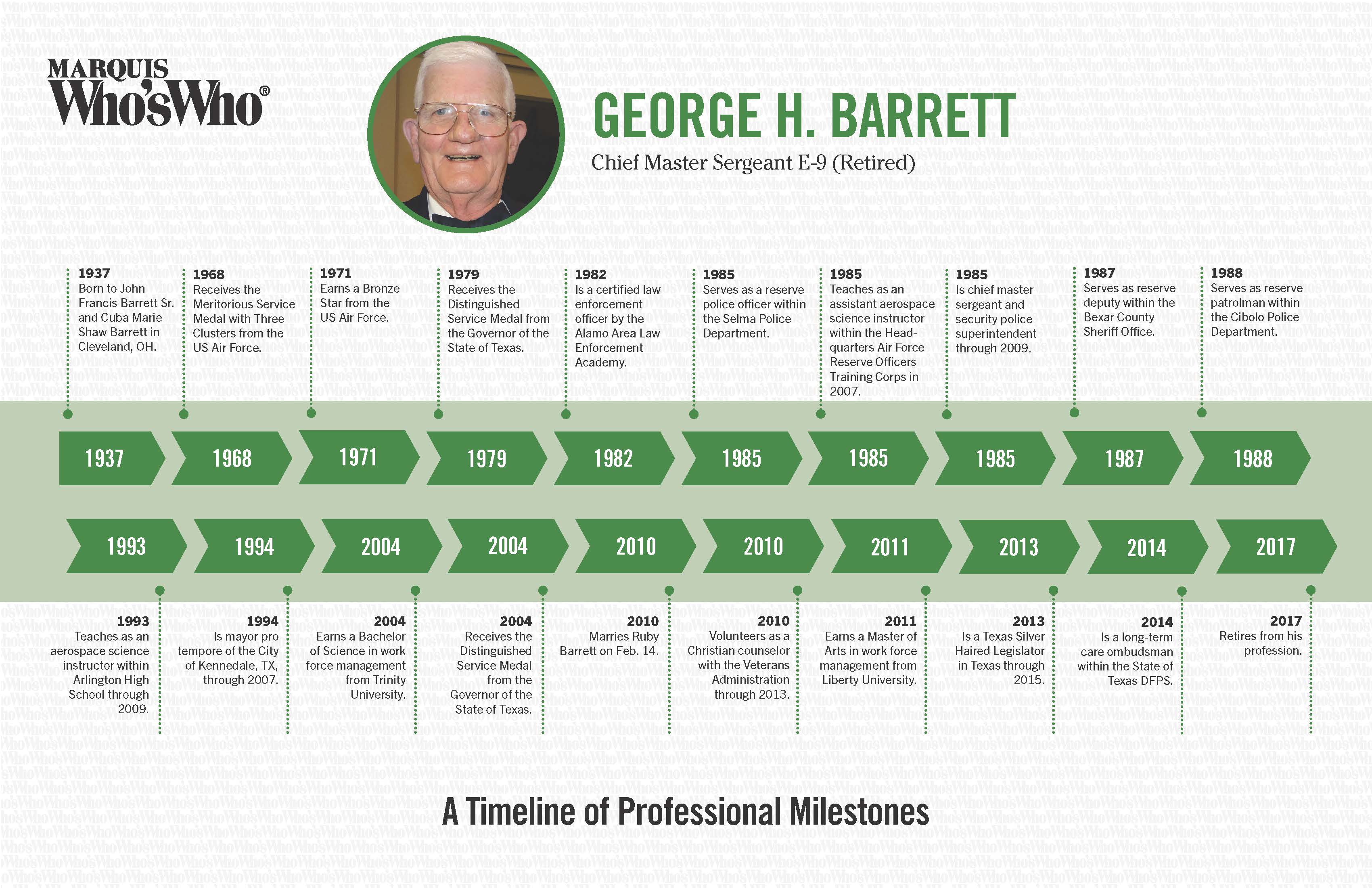 Receives the Meritorious Service Medal with Three Clusters from the US Air Force.

Earns a Bronze Star from the US Air Force.

Receives the Distinguished Service Medal from the Governor of the State of Texas.

Is a certified law enforcement officer by the Alamo Area Law Enforcement Academy.

Serves as a reserve police officer within the Selma Police Department.

Is chief master sergeant and security police superintendent through 2009.

Serves as reserve deputy within the Bexar County Sheriff Office.

Serves as reserve patrolman within the Cibolo Police Department.

Teaches as an aerospace science instructor within Arlington High School through 2009.

Is mayor pro tempore of the City of Kennedale, TX, through 2007.

Earns a Bachelor of Science in work force management from Trinity University.

Receives the Distinguished Service Medal from the Governor of the State of Texas.

Volunteers as a Christian counselor with the Veterans Administration through 2013.

Earns a Master of Arts in work force management from Liberty University.

Is a Texas Silver Haired Legislator in Texas through 2015.

Is a long-term care ombudsman within the State of Texas DFPS.