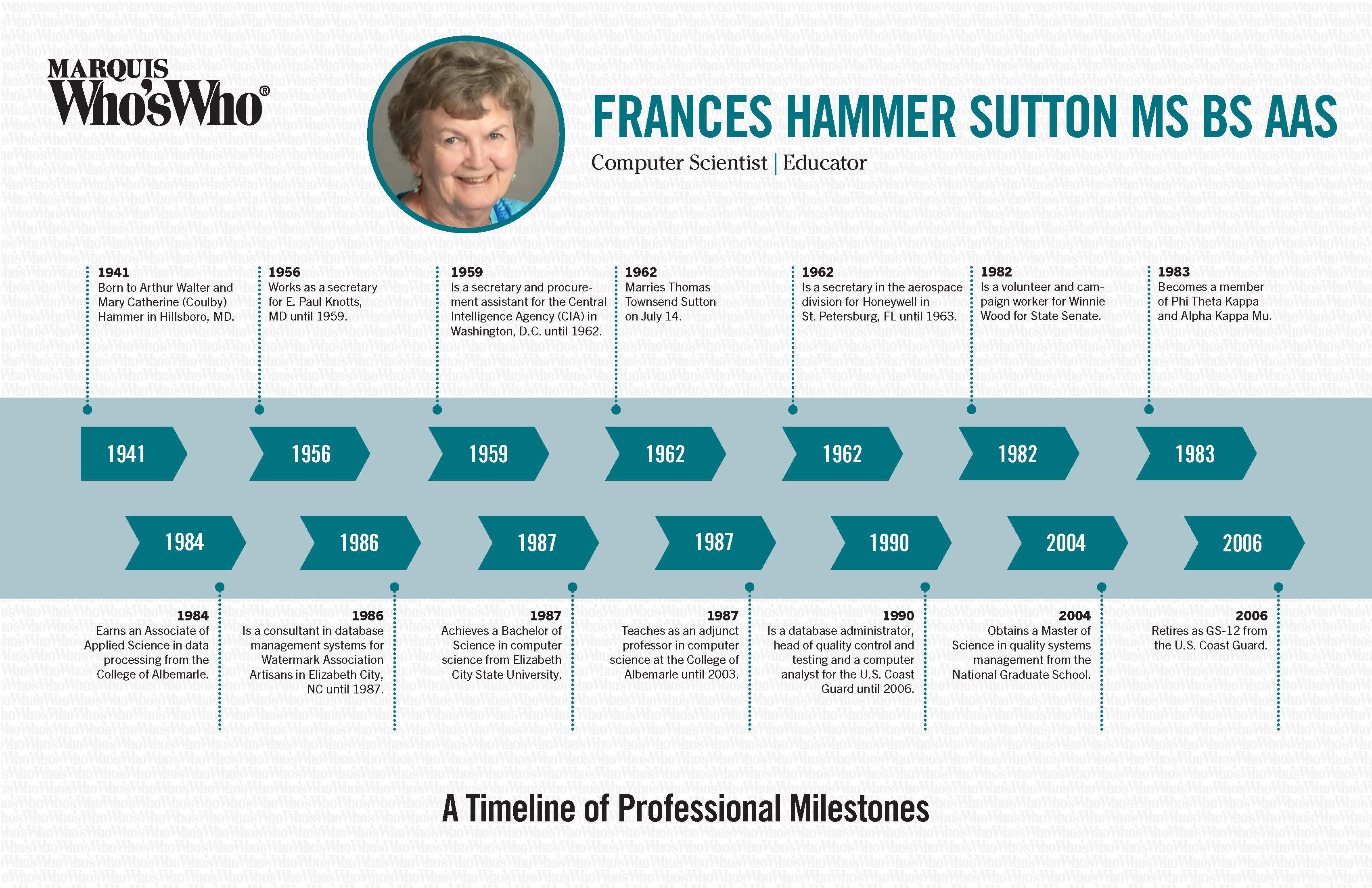 Is a secretary and procurement assistant for the Central Intelligence Agency (CIA) in Washington, D.C. until 1962.

Is a secretary in the aerospace division for Honeywell in St. Petersburg, FL until 1963.

Is a volunteer and campaign worker for Winnie Wood for State Senate.

Earns an Associate of Applied Science in data processing from the College of Albemarle.

Is a consultant in database management systems for Watermark Association Artisans in Elizabeth City, NC until 1987.

Achieves a Bachelor of Science in computer science from Elizabeth City State University.

Teaches as an adjunct professor in computer science at the College of Albemarle until 2003.

Is a database administrator, head of quality control and testing and a computer analyst for the U.S. Coast Guard until 2006.

Obtains a Master of Science in quality systems management from the National Graduate School.