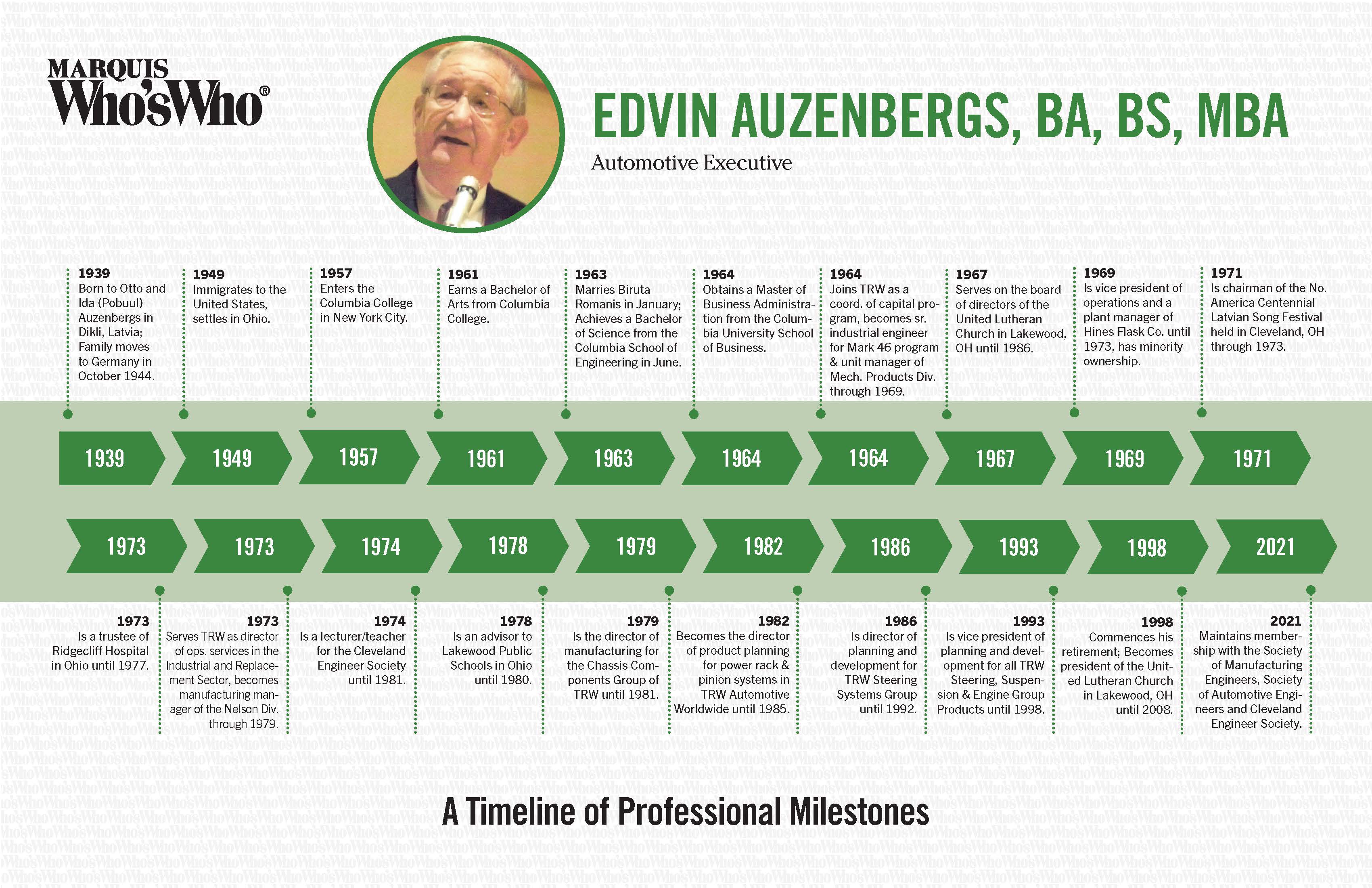 Born to Otto and Ida (Pobuul) Auzenbergs in Dikli, Latvia; Family moves to Germany in October 1944.

Immigrates to the United States, settles in Ohio.

Earns a Bachelor of Arts from Columbia College.

Marries Biruta Romanis in January; Achieves a Bachelor of Science from the Columbia School of Engineering in June.

Obtains a Master of Business Administration from the Columbia University School of Business.

Serves on the board of directors of the United Lutheran Church in Lakewood, OH until 1986.

Is vice president of operations and a plant manager of Hines Flask Co. until 1973, has minority ownership.

Is chairman of the No. America Centennial Latvian Song Festival held in Cleveland, OH through 1973.

Is a trustee of Ridgecliff Hospital in Ohio until 1977.

Serves TRW as director of ops. services in the Industrial and Replacement Sector, becomes manufacturing manager of the Nelson Div. through 1979.

Is a lecturer/teacher for the Cleveland Engineer Society until 1981.

Is an advisor to Lakewood Public Schools in Ohio until 1980.

Is the director of manufacturing for the Chassis Components Group of TRW until 1981.

Becomes the director of product planning for power rack & pinion systems in TRW Automotive Worldwide until 1985.

Is director of planning and development for TRW Steering Systems Group until 1992.

Is vice president of planning and development for all TRW Steering, Suspension & Engine Group Products until 1998.

Commences his retirement; Becomes president of the United Lutheran Church in Lakewood, OH until 2008.

Maintains membership with the Society of Manufacturing Engineers, Society of Automotive Engineers and Cleveland Engineer Society.