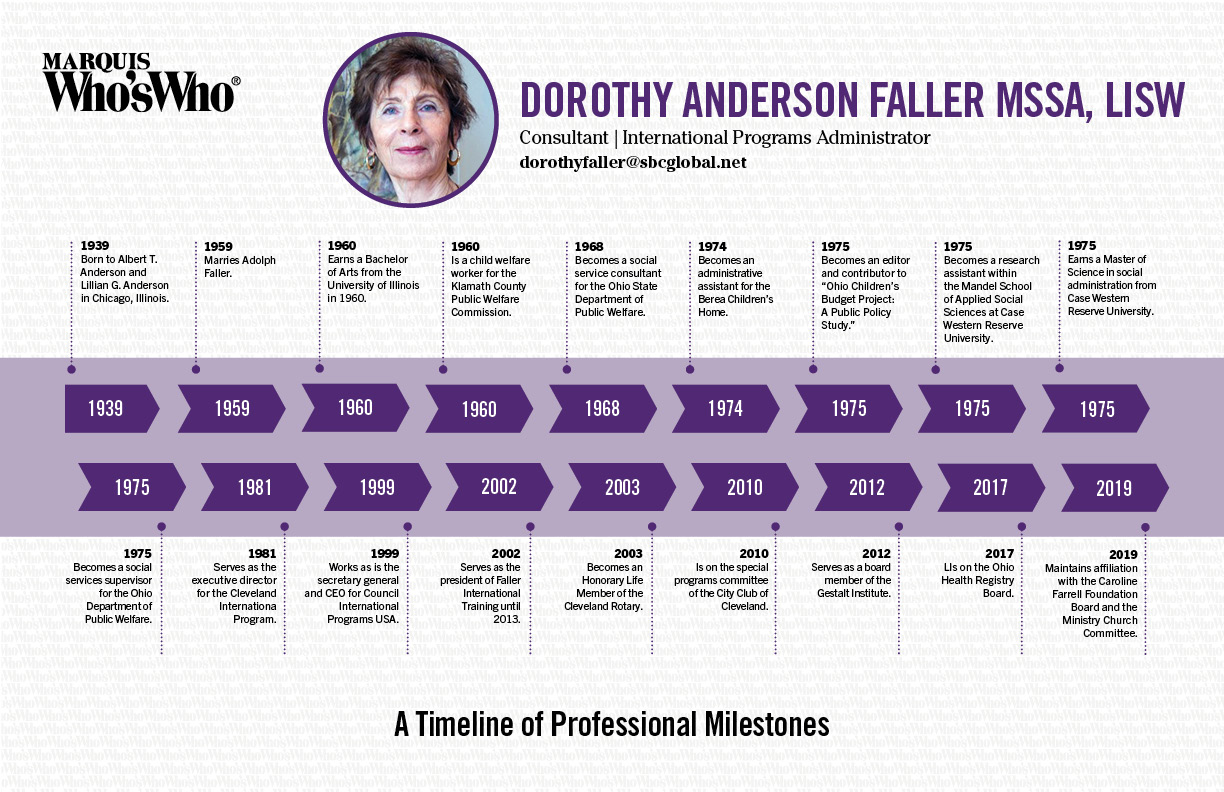 Earns a Bachelor of Arts from the University of Illinois in 1960.

Is a child welfare worker for the Klamath County Public Welfare Commission.

Becomes a social service consultant for the Ohio State Department of Public Welfare.

Becomes an administrative assistant for the Berea Children’s Home.

Earns a Master of Science in social administration from Case Western Reserve University.

Becomes a social services supervisor for the Ohio Department of Public Welfare.

Serves as the executive director for the Cleveland International Program.

Works as is the secretary general and CEO for Council International Programs USA.

Serves as the president of Faller International Training until 2013.

Becomes an Honorary Life Member of the Cleveland Rotary.

Is on the special programs committee of the City Club of Cleveland.

Serves as a board member of the Gestalt Institute.

Is on the Ohio Health Registry Board.

Maintains affiliation with the Caroline Farrell Foundation Board and the Ministry Church Committee.