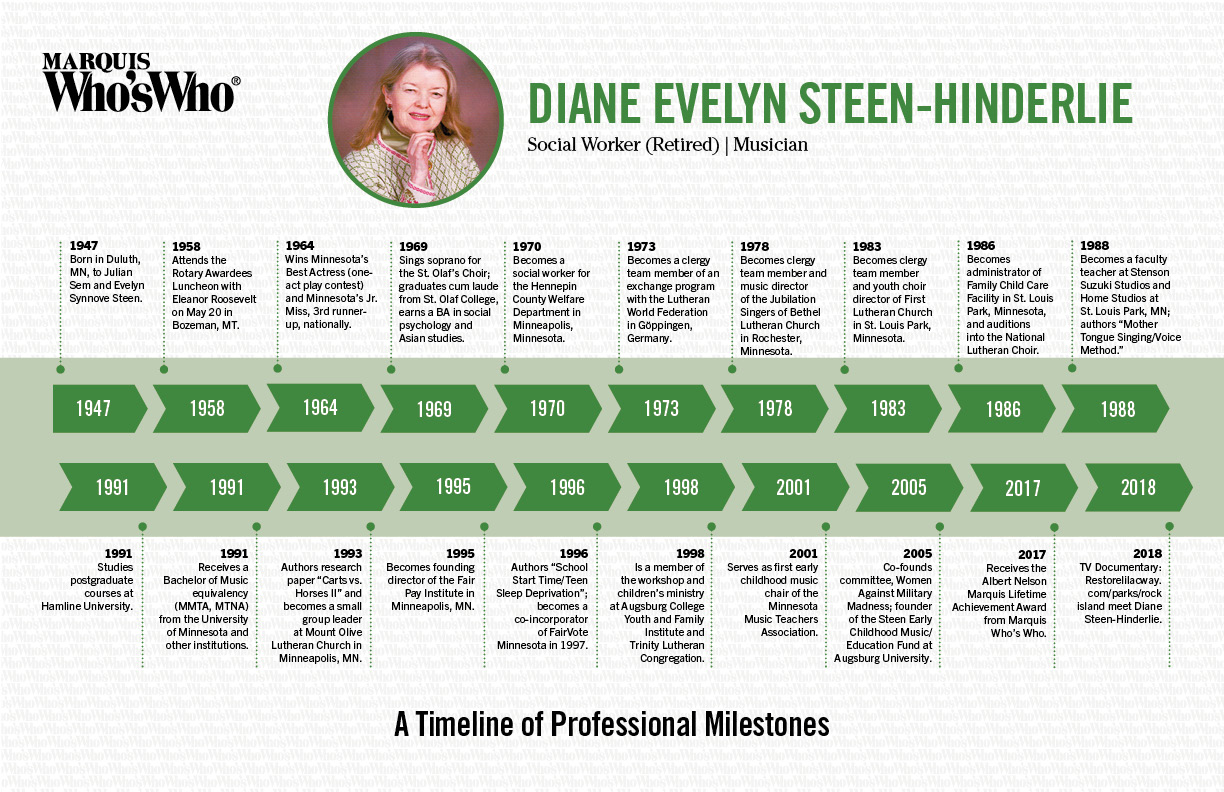 Attends the Rotary Awardees Luncheon with Eleanor Roosevelt on May 20 in Bozeman, MT.

Becomes a social worker for the Hennepin County Welfare Department in Minneapolis, Minnesota.

Becomes a clergy team member of an exchange program with the Lutheran World Federation in Göppingen, Germany.

Receives a Bachelor of Music equivalency (MMTA, MTNA) from the University of Minnesota and other institutions.

Becomes a co-incorporator of FairVote Minnesota.

Becomes a member of the workshop and children’s ministry at the Augsburg College Youth and Family Institute and Trinity Lutheran Congregation.