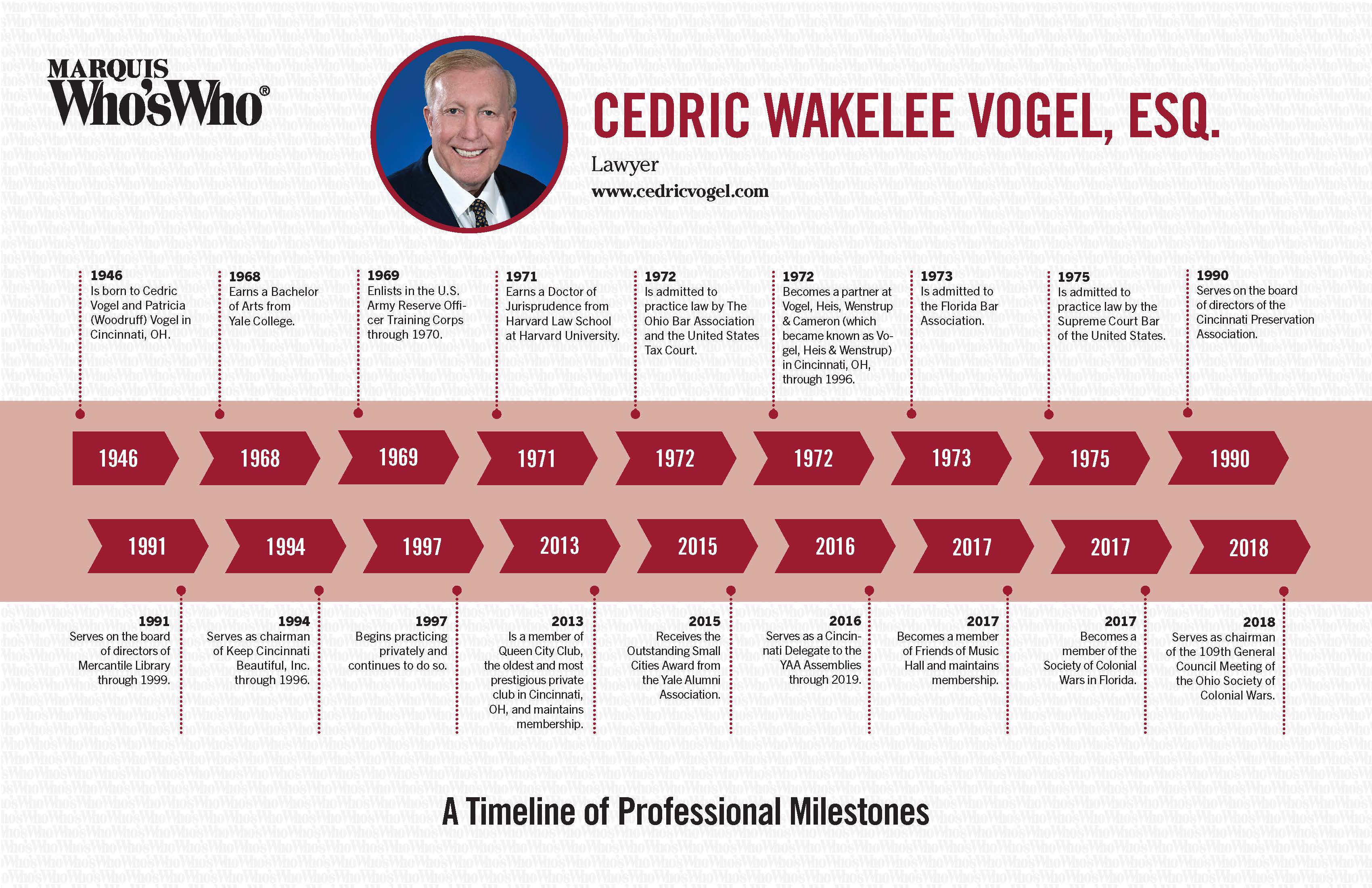 Is born to Cedric Vogel and Patricia (Woodruff) Vogel in Cincinnati, OH.

Earns a Bachelor of Arts from Yale College.

Enlists in the U.S. Army Reserve Officer Training Corps through 1970.

Earns a Doctor of Jurisprudence from Harvard Law School at Harvard University.

Is admitted to practice law by The Ohio Bar Association and the United States Tax Court.

Becomes a partner at Vogel, Heis, Wenstrup & Cameron (which became known as Vogel, Heis & Wenstrup) in Cincinnati, OH, through 1996.

Is admitted to the Florida Bar Association.

Is admitted to practice law by the Supreme Court Bar of the United States.

Serves on the board of directors of the Cincinnati Preservation Association.

Serves on the board of directors of Mercantile Library through 1999.

Serves as chairman of Keep Cincinnati Beautiful, Inc. through 1996.

Begins practicing privately and continues to do so.

Is a member of Queen City Club, the oldest and most prestigious private club in Cincinnati, OH, and maintains membership.

Serves as a Cincinnati Delegate to the YAA Assemblies through 2019.

Becomes a member of Friends of Music Hall and maintains membership.

Becomes a member of the Society of Colonial Wars in Florida.

Serves as chairman of the 109th General Council Meeting of the Ohio Society of Colonial Wars.