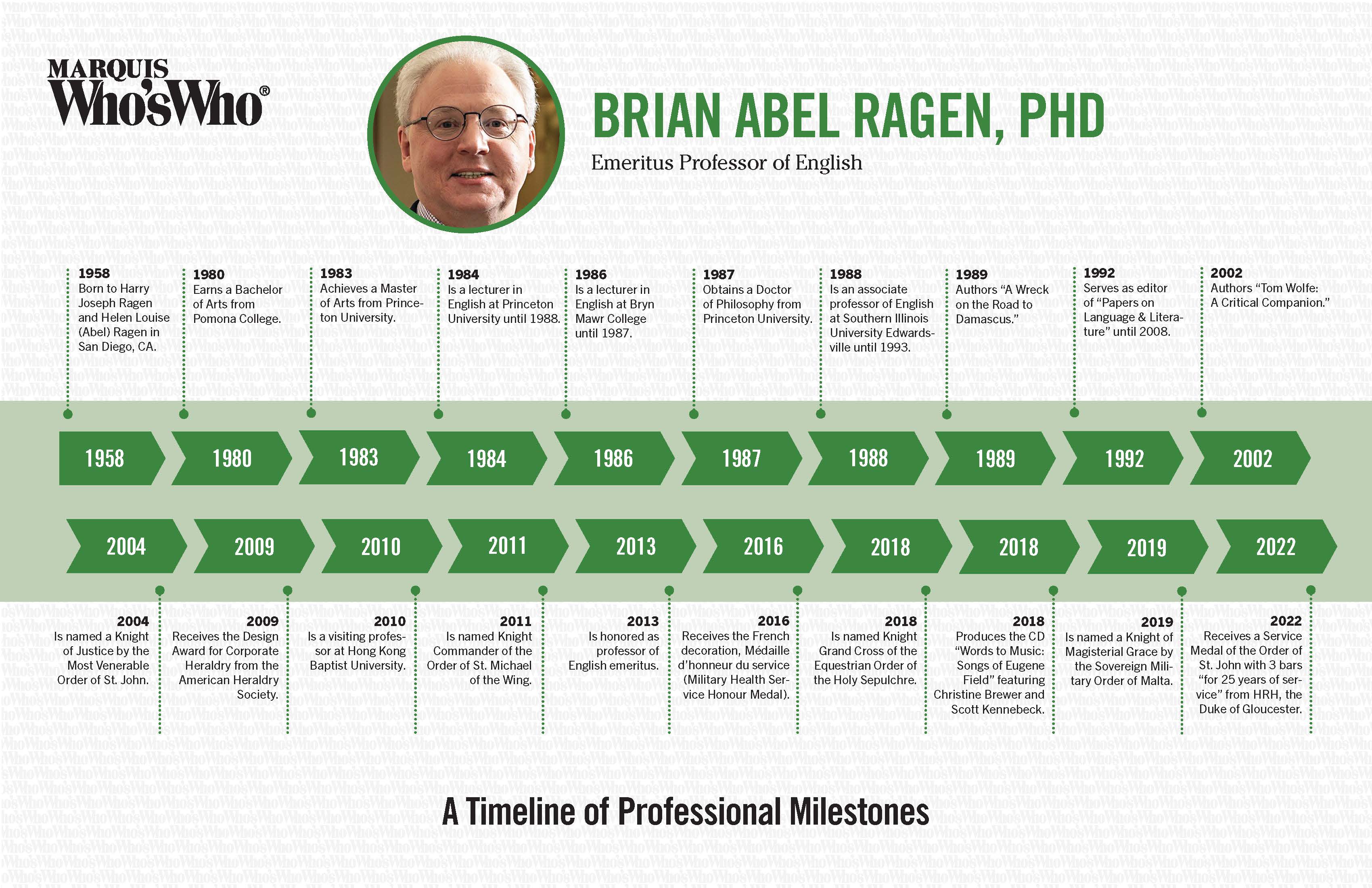 Earns a Bachelor of Arts from Pomona College.

Achieves a Master of Arts from Princeton University.

Is a lecturer in English at Princeton University until 1988.

Is a lecturer in English at Bryn Mawr College until 1987.

Obtains a Doctor of Philosophy from Princeton University.

Is an associate professor of English at Southern Illinois University Edwardsville until 1993.

Authors “A Wreck on the Road to Damascus.”

Serves as editor of “Papers on Language & Literature” until 2008.

Is named a Knight of Justice by the Most Venerable Order of St. John.

Receives the Design Award for Corporate Heraldry from the American Heraldry Society.

Is a visiting professor at Hong Kong Baptist University.

Is named Knight Commander of the Order of St. Michael of the Wing.

Is honored as professor of English emeritus.

Is named Knight Grand Cross of the Equestrian Order of the Holy Sepulchre.

Is named a Knight of Magisterial Grace by the Sovereign Military Order of Malta.

Receives a Service Medal of the Order of St. John with 3 bars “for 25 years of service” from HRH, the Duke of Gloucester.