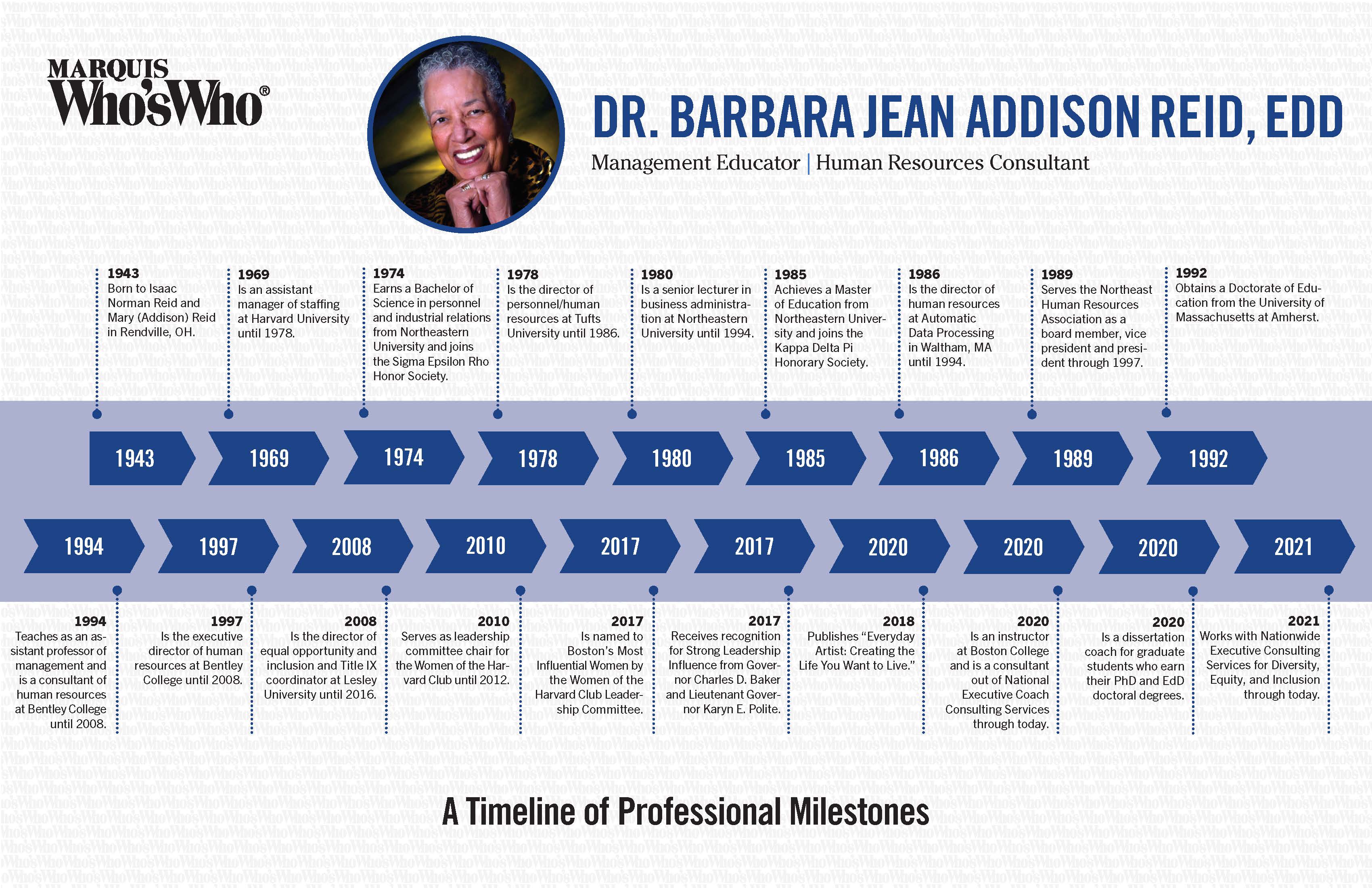 Is an assistant manager of staffing at Harvard University until 1978.

Earns a Bachelor of Science in personnel and industrial relations from Northeastern University and joins the Sigma Epsilon Rho Honor Society.

Is the director of personnel/human resources at Tufts University until 1986.

Is a senior lecturer in business administration at Northeastern University until 1994.

Achieves a Master of Education from Northeastern University and joins the Kappa Delta Pi Honorary Society.

Is the director of human resources at Automatic Data Processing in Waltham, MA until 1994.

Serves the Northeast Human Resources Association as a board member, vice president and president through 1997.

Obtains a Doctorate of Education from the University of Massachusetts at Amherst.

Teaches as an assistant professor of management and is a consultant of human resources at Bentley College until 2008.

Is the executive director of human resources at Bentley College until 2008.

Is the director of equal opportunity and inclusion and Title IX coordinator at Lesley University until 2016.

Serves as leadership committee chair for the Women of the Harvard Club until 2012.

Is named to Boston’s Most Influential Women by the Women of the Harvard Club Leadership Committee.

Publishes “Everyday Artist: Creating the Life You Want to Live.”

Is an instructor at Boston College and is a consultant out of National Executive Coach Consulting Services through today.

Is a dissertation coach for graduate students who earn their PhD and EdD doctoral degrees.

Works with Nationwide Executive Consulting Services for Diversity, Equity, and Inclusion through today.