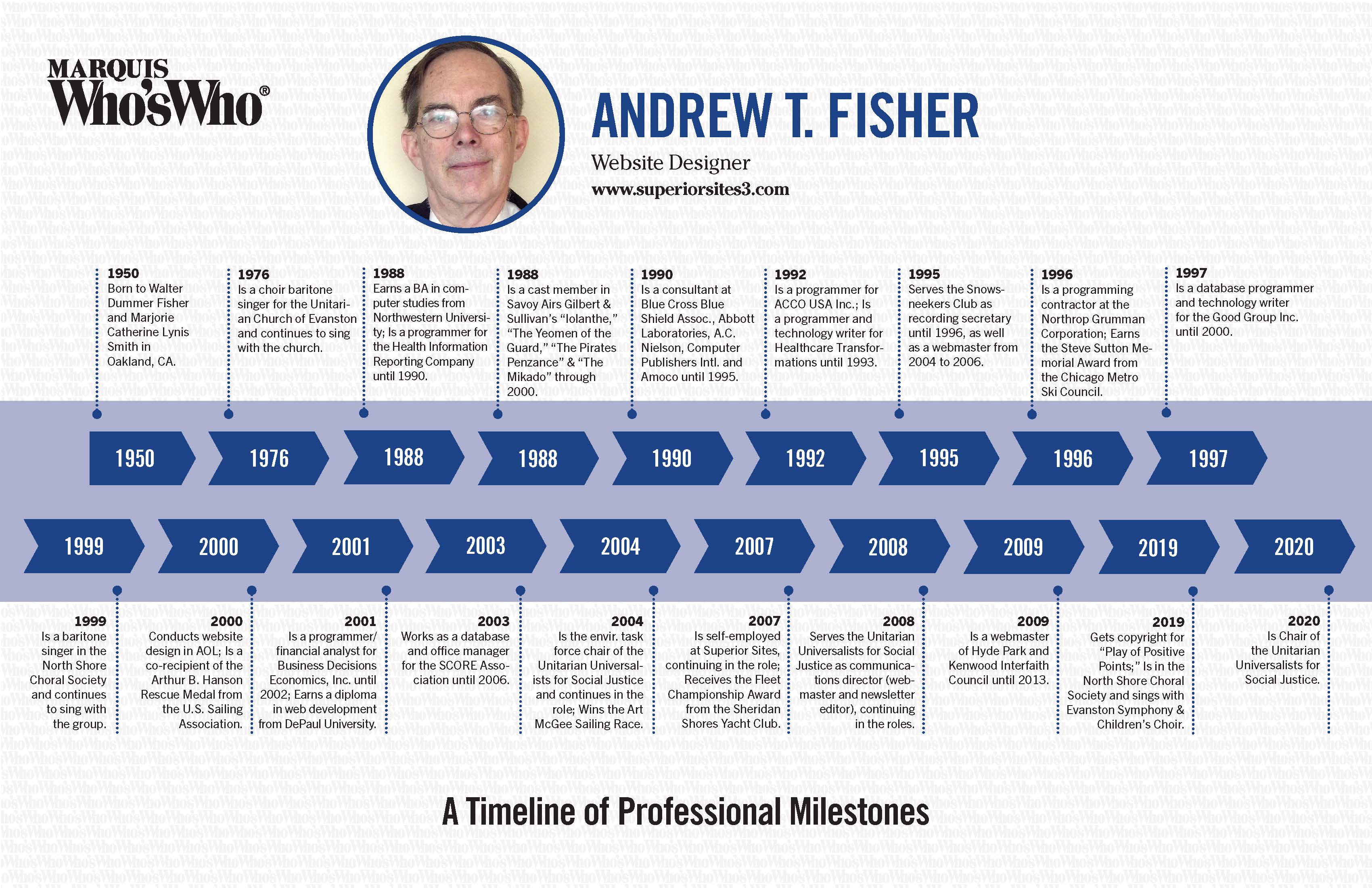 Is a choir baritone singer for the Unitarian Church of Evanston and continues to sing with the church.

Earns a BA in computer studies from Northwestern University; Is a programmer for the Health Information Reporting Company until 1990.

Is a cast member in Savoy Airs Gilbert & Sullivan’s “Iolanthe,” “The Yeomen of the Guard,” “The Pirates Penzance” & “The Mikado” through 2000.

Serves the Snowsneekers Club as recording secretary until 1996, as well as a webmaster from 2004 to 2006.

Is a programming contractor at the Northrop Grumman Corporation; Earns the Steve Sutton Memorial Award from the Chicago Metro Ski Council.

Is a database programmer and technology writer for the Good Group Inc. until 2000.

Is a baritone singer in the North Shore Choral Society and continues to sing with the group.

Conducts website design in AOL; Is a co-recipient of the Arthur B. Hanson Rescue Medal from the U.S. Sailing Association.

Is a programmer/financial analyst for Business Decisions Economics, Inc. until 2002; Earns a diploma in web development from DePaul University.

Works as a database and office manager for the SCORE Association until 2006.

Is the envir. task force chair of the Unitarian Universalists for Social Justice and continues in the role; Wins the Art McGee Sailing Race.

Is self-employed at Superior Sites, continuing in the role; Receives the Fleet Championship Award from the Sheridan Shores Yacht Club.

Serves the Unitarian Universalists for Social Justice as communications director (webmaster and newsletter editor), continuing in the roles.

Is a webmaster of Hyde Park and Kenwood Interfaith Council until 2013.

Gets copyright for “Play of Positive Points;” Is in the North Shore Choral Society and sings with Evanston Symphony & Children’s Choir.

Is Chair of the Unitarian Universalists for Social Justice.