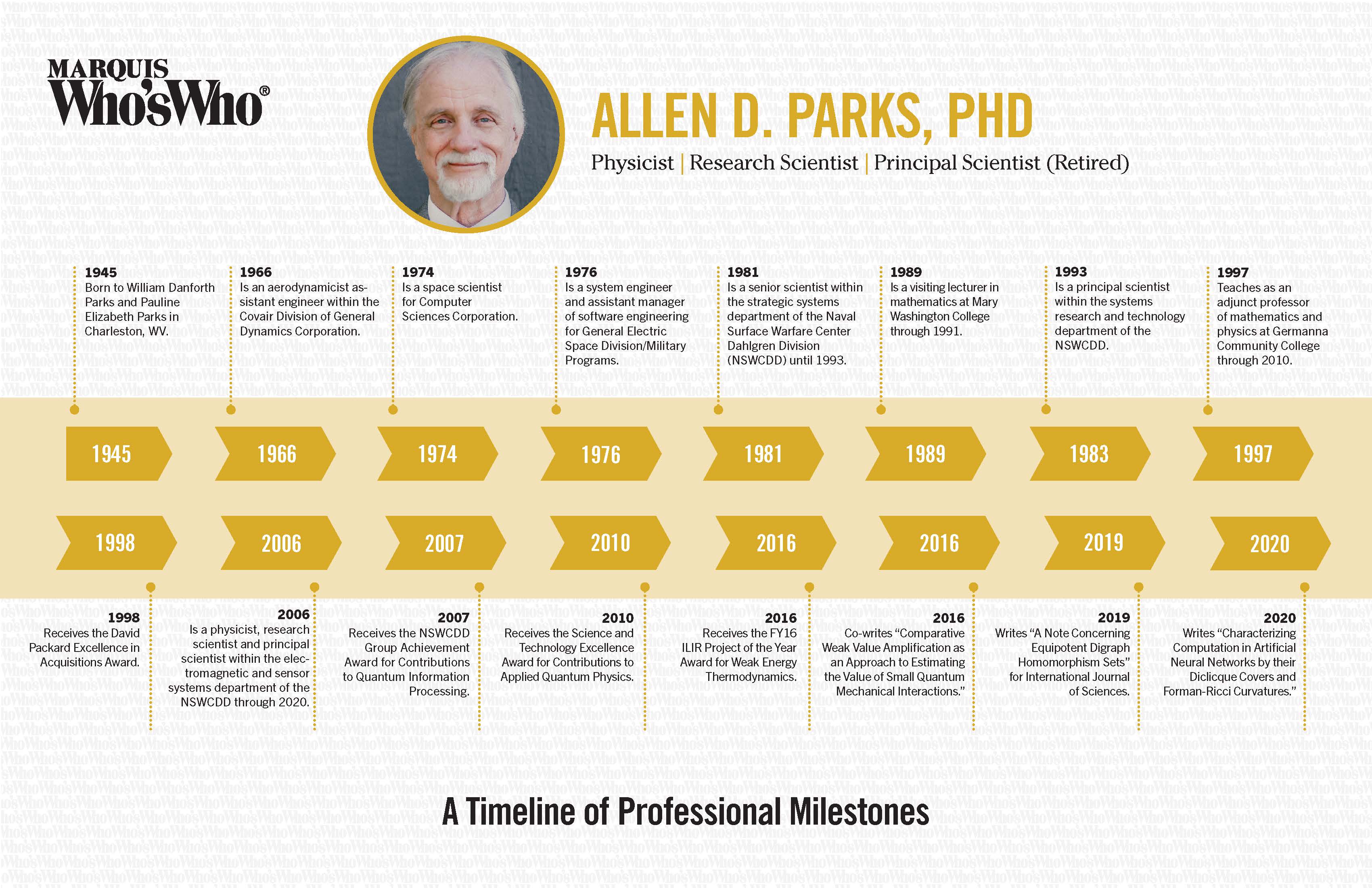 Is an aerodynamicist assistant engineer within the Covair Division of General Dynamics Corporation.

Is a space scientist for Computer Sciences Corporation.

Is a system engineer and assistant manager of software engineering for General Electric Space Division/Military Programs.

Is a senior scientist within the strategic systems department of the Naval Surface Warfare Center Dahlgren Division (NSWCDD) until 1993.

Is a visiting lecturer in mathematics at Mary Washington College through 1991.

Is a principal scientist within the systems research and technology department of the NSWCDD.

Teaches as an adjunct professor of mathematics and physics at Germanna Community College through 2010.

Is a physicist, research scientist and principal scientist within the electromagnetic and sensor systems department of the NSWCDD through 2020.

Receives the Science and Technology Excellence Award for Contributions to Applied Quantum Physics.

Receives the FY16 ILIR Project of the Year Award for Weak Energy Thermodynamics.