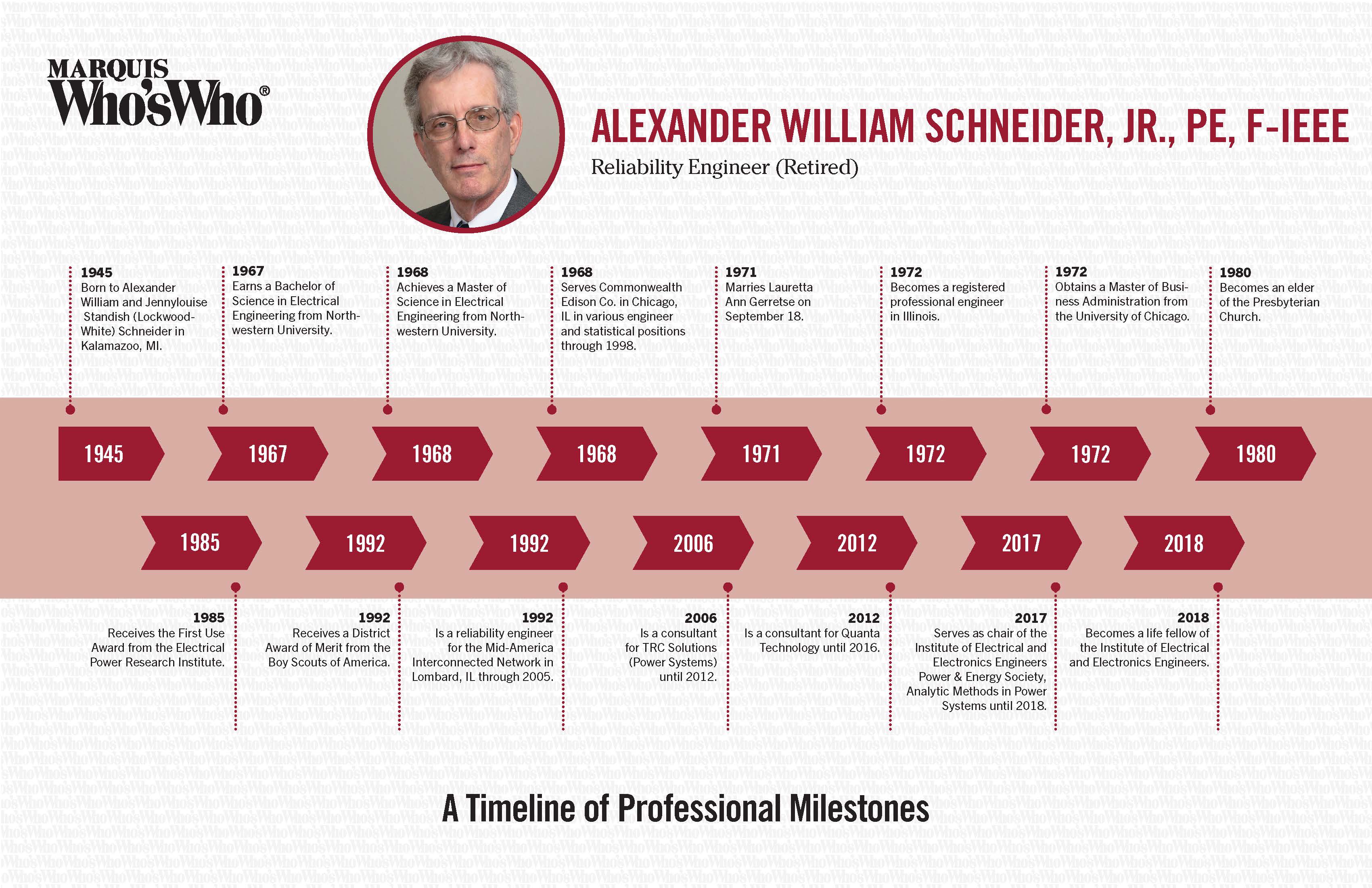 Earns a Bachelor of Science in Electrical Engineering from Northwestern University.

Achieves a Master of Science in Electrical Engineering from Northwestern University.

Obtains a Master of Business Administration from the University of Chicago.

Becomes an elder of the Presbyterian Church.

Receives the First Use Award from the Electrical Power Research Institute.

Receives a District Award of Merit from the Boy Scouts of America.

Is a reliability engineer for the Mid-America Interconnected Network in Lombard, IL through 2005.

Is a consultant for TRC Solutions (Power Systems) until 2012.

Is a consultant for Quanta Technology until 2016.

Serves as chair of the Institute of Electrical and Electronics Engineers Power & Energy Society, Analytic Methods in Power Systems until 2018.

Becomes a life fellow of the Institute of Electrical and Electronics Engineers.