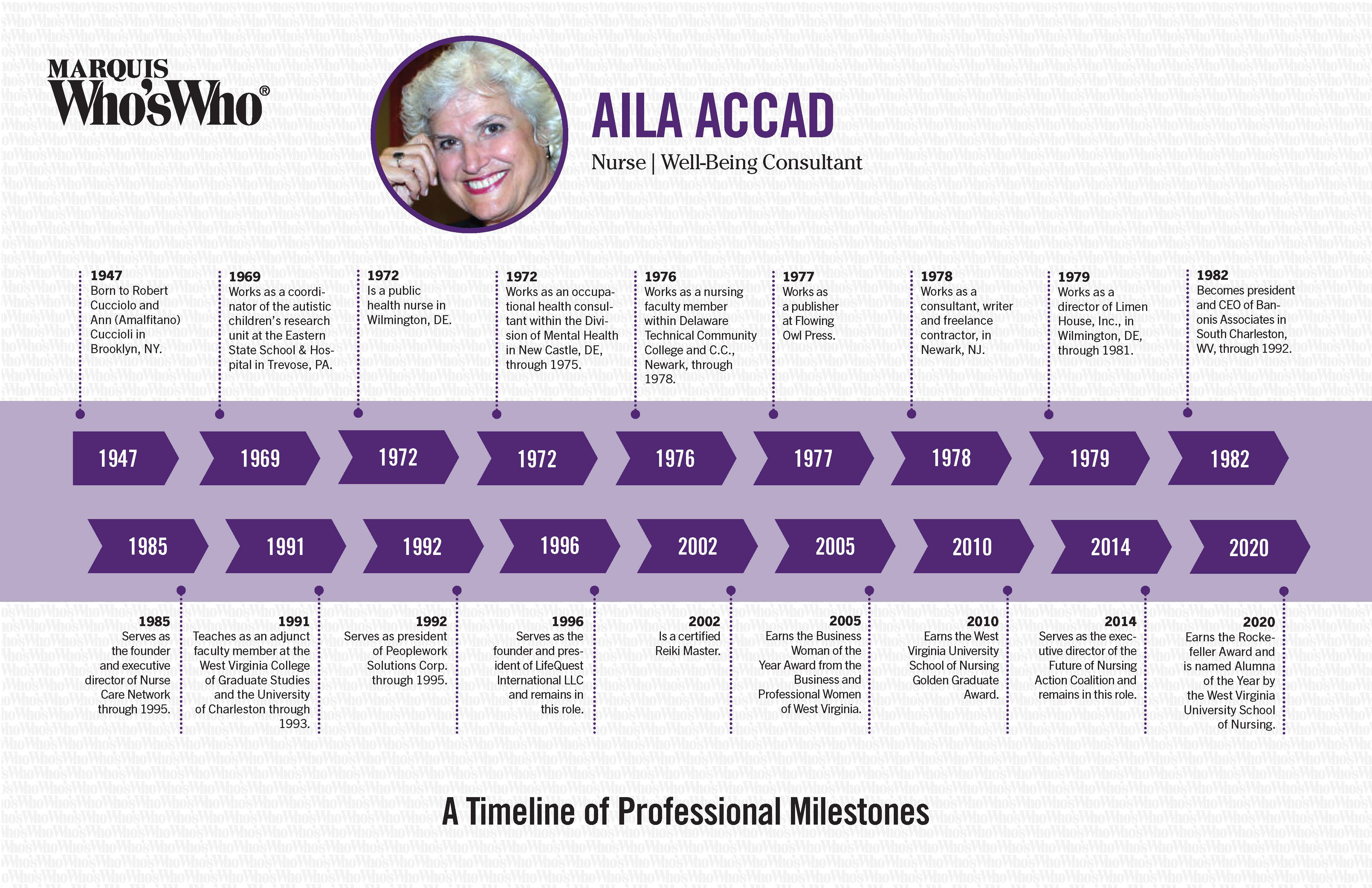 Works as a coordinator of the autistic children’s research unit at the Eastern State School & Hospital in Trevose, PA.

Is a public health nurse in Wilmington, DE.

Works as an occupational health consultant within the Division of Mental Health in New Castle, DE, through 1975.

Works as a nursing faculty member within Delaware Technical Community College and C.C., Newark, through 1978.

Works as a publisher at Flowing Owl Press.

Works as a consultant, writer and freelance contractor, in Newark, NJ.

Works as a director of Limen House, Inc., in Wilmington, DE, through 1981.

Becomes president and CEO of Banonis Associates in South Charleston, WV, through 1992.

Serves as the founder and executive director of Nurse Care Network through 1995.

Teaches as an adjunct faculty member at the West Virginia College of Graduate Studies and the University of Charleston through 1993.

Serves as president of Peoplework Solutions Corp. through 1995.

Serves as the founder and president of LifeQuest International LLC and remains in this role.

Is a certified Reiki Master.

Serves as the executive director of the Future of Nursing Action Coalition and remains in this role.

Earns the Rockefeller Award and is named Alumna of the Year by the West Virginia University School of Nursing.