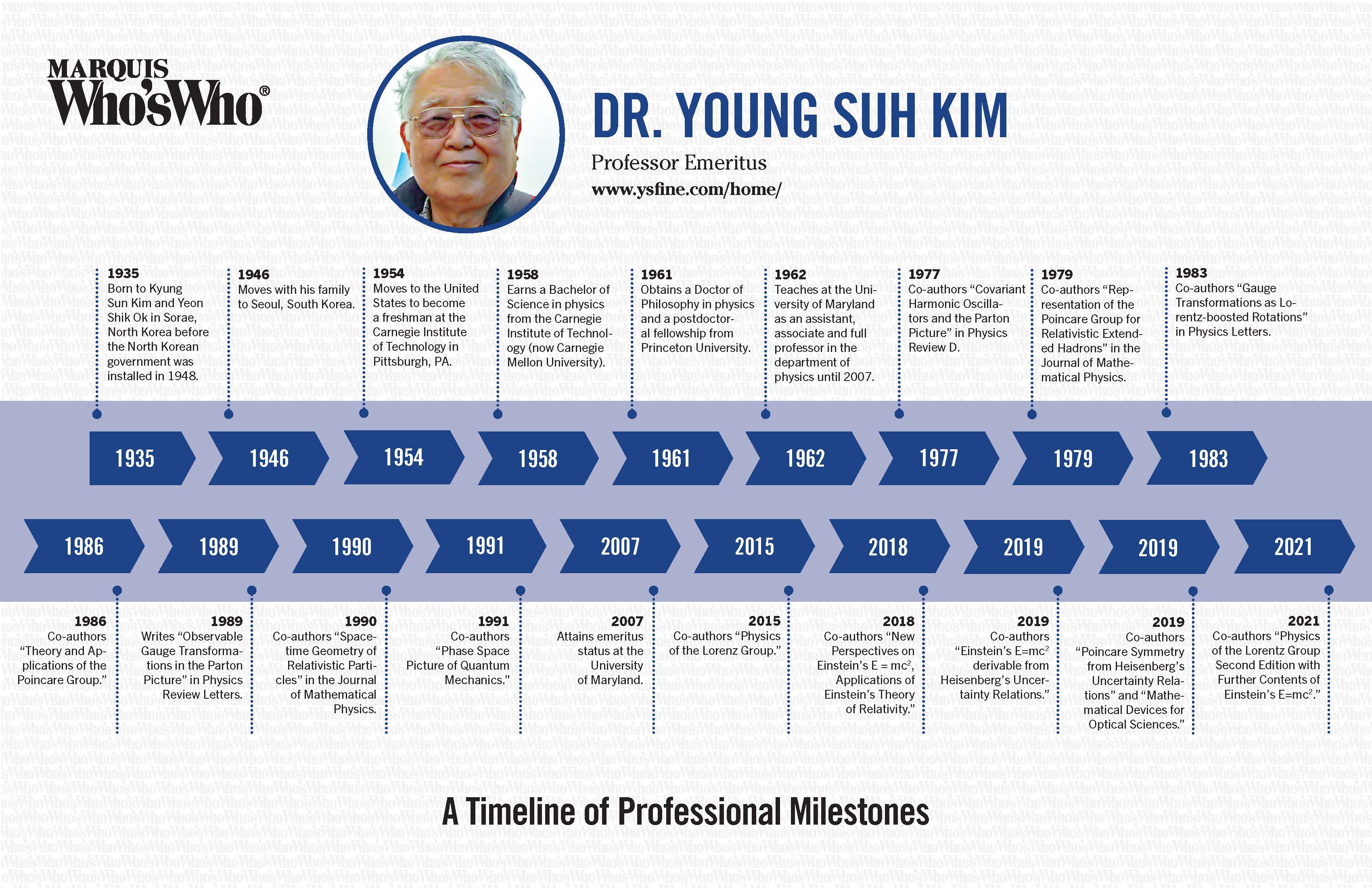 Born to Kyung Sun Kim and Yeon Shik Ok in Sorae, North Korea before the North Korean government was installed in 1948.

Moves with his family to Seoul, South Korea.

Moves to the United States to become a freshman at the Carnegie Institute of Technology in Pittsburgh, PA.

Earns a Bachelor of Science in physics from the Carnegie Institute of Technology (now Carnegie Mellon University).

Obtains a Doctor of Philosophy in physics and a postdoctoral fellowship from Princeton University.

Teaches at the University of Maryland as an assistant, associate and full professor in the department of physics until 2007.

Co-authors “Representation of the Poincare Group for Relativistic Extended Hadrons” in the Journal of Mathematical Physics.

Co-authors “Theory and Applications of the Poincare Group.”

Co-authors “Space-time Geometry of Relativistic Particles” in the Journal of Mathematical Physics.

Attains emeritus status at the University of Maryland.

Co-authors “Physics of the Lorenz Group.”