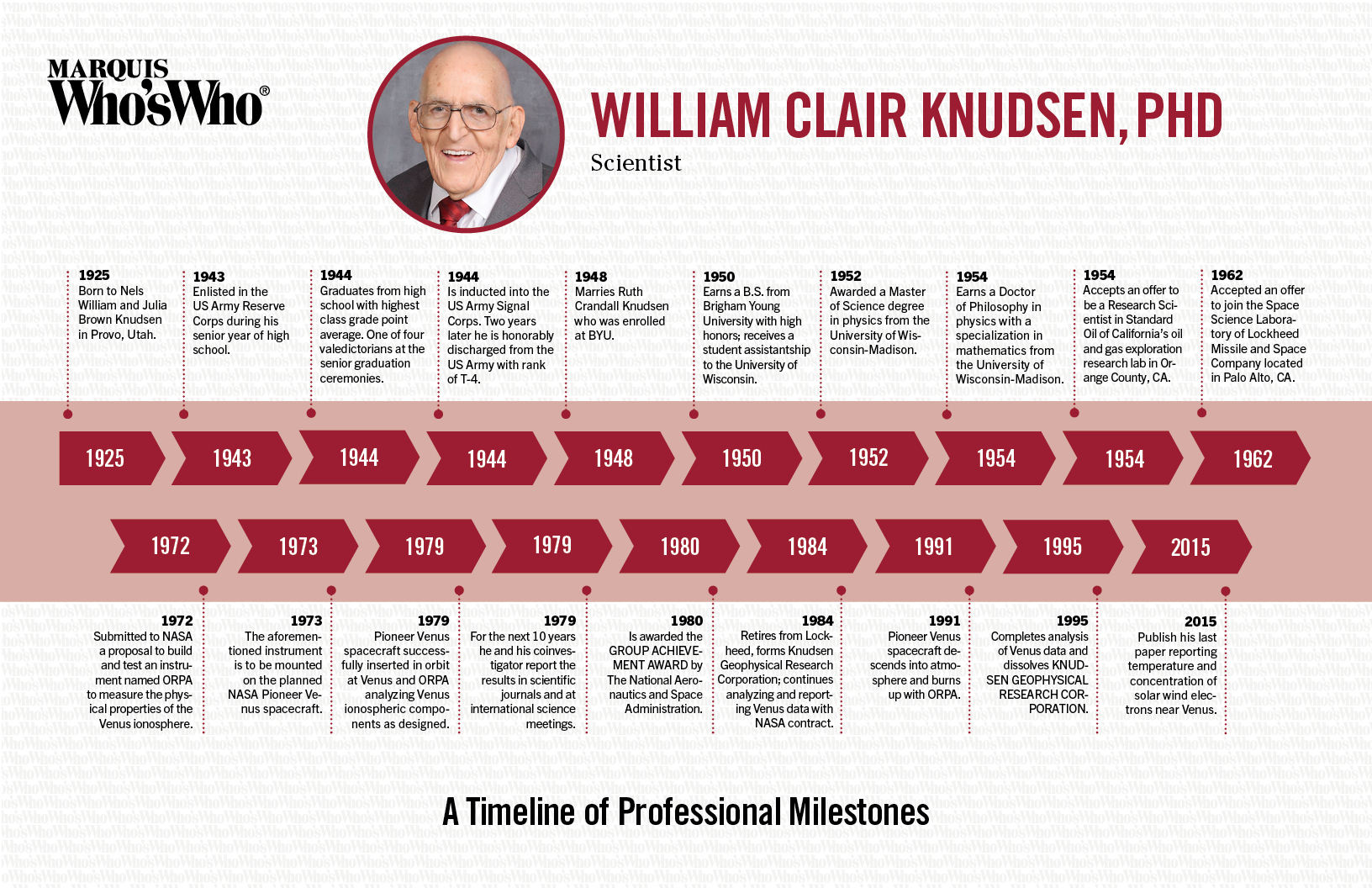 Enlisted in the US Army Reserve Corps during his senior year of high school.

Graduates from high school with highest class grade point average. One of four valedictorians at the senior graduation ceremonies.

Is inducted into the US Army Signal Corps. Two years later he is honorably discharged from the US Army with rank of T-4.

Marries Ruth Crandall Knudsen who was enrolled at BYU.

Earns a B.S. from Brigham Young University with high honors; receives a student assistantship to the University of Wisconsin.

Awarded a Master of Science degree in physics from the University of Wisconsin-Madison.

Earns a Doctor of Philosophy in physics with a specialization in mathematics from the University of Wisconsin-Madison.

Accepts an offer to be a Research Scientist in Standard Oil of California’s oil and gas exploration research lab in Orange County, CA.

Accepted an offer to join the Space Science Laboratory of Lockheed Missile and Space Company located in Palo Alto, CA.

Submitted to NASA a proposal to build and test an instrument named ORPA to measure the physical properties of the Venus ionosphere.

The aforementioned instrument is to be mounted on the planned NASA Pioneer Venus spacecraft.

For the next 10 years he and his coinvestigator report the results in scientific journals and at international science meetings.

Is awarded the GROUP ACHIEVEMENT AWARD by The National Aeronautics and Space Administration.

Pioneer Venus spacecraft descends into atmosphere and burns up with ORPA.