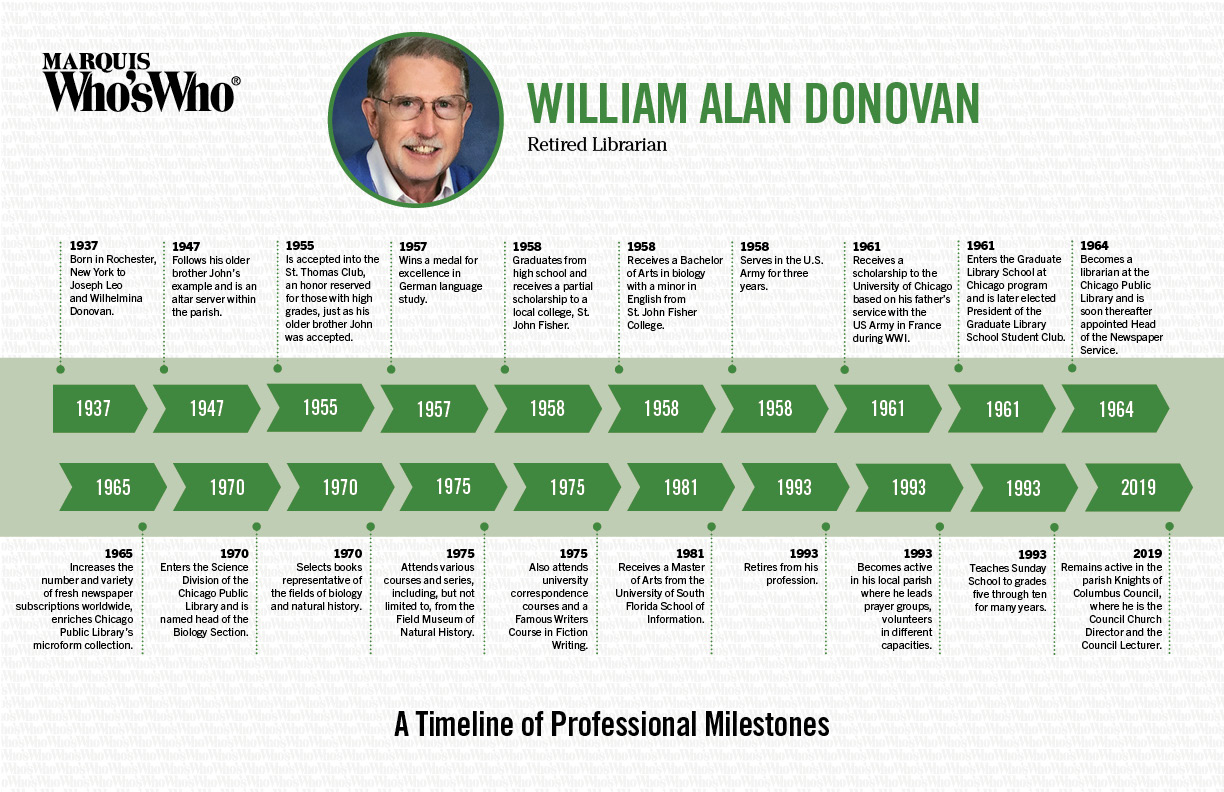 Follows his older brother John’s example and is an altar server within the parish.

Is accepted into the St. Thomas Club, an honor reserved for those with high grades, just as his older brother John was accepted.

Wins a medal for excellence in German language study.

Graduates from high school and receives a partial scholarship to a local college, St. John Fisher.

Receives a Bachelor of Arts in biology with a minor in English from St. John Fisher College.

Serves in the U.S. Army for three years.

Receives a scholarship to the University of Chicago based on his father’s service with the US Army in France during WWI.

Becomes a librarian at the Chicago Public Library and is soon thereafter appointed Head of the Newspaper Service.

Enters the Science Division of the Chicago Public Library and is named head of the Biology Section.

Selects books representative of the fields of biology and natural history.

Attends various courses and series, including, but not limited to, from the Field Museum of Natural History

Receives a Master of Arts from the University of South Florida School of Information.

Becomes active in his local parish where he leads prayer groups, volunteers in different capacities.

Becomes active in his local parish where he leads prayer groups, volunteers in different capacities.

Teaches Sunday School to grades five through ten for many years.

Remains active in the parish Knights of Columbus Council, where he is the Council Church Director and the Council Lecturer.