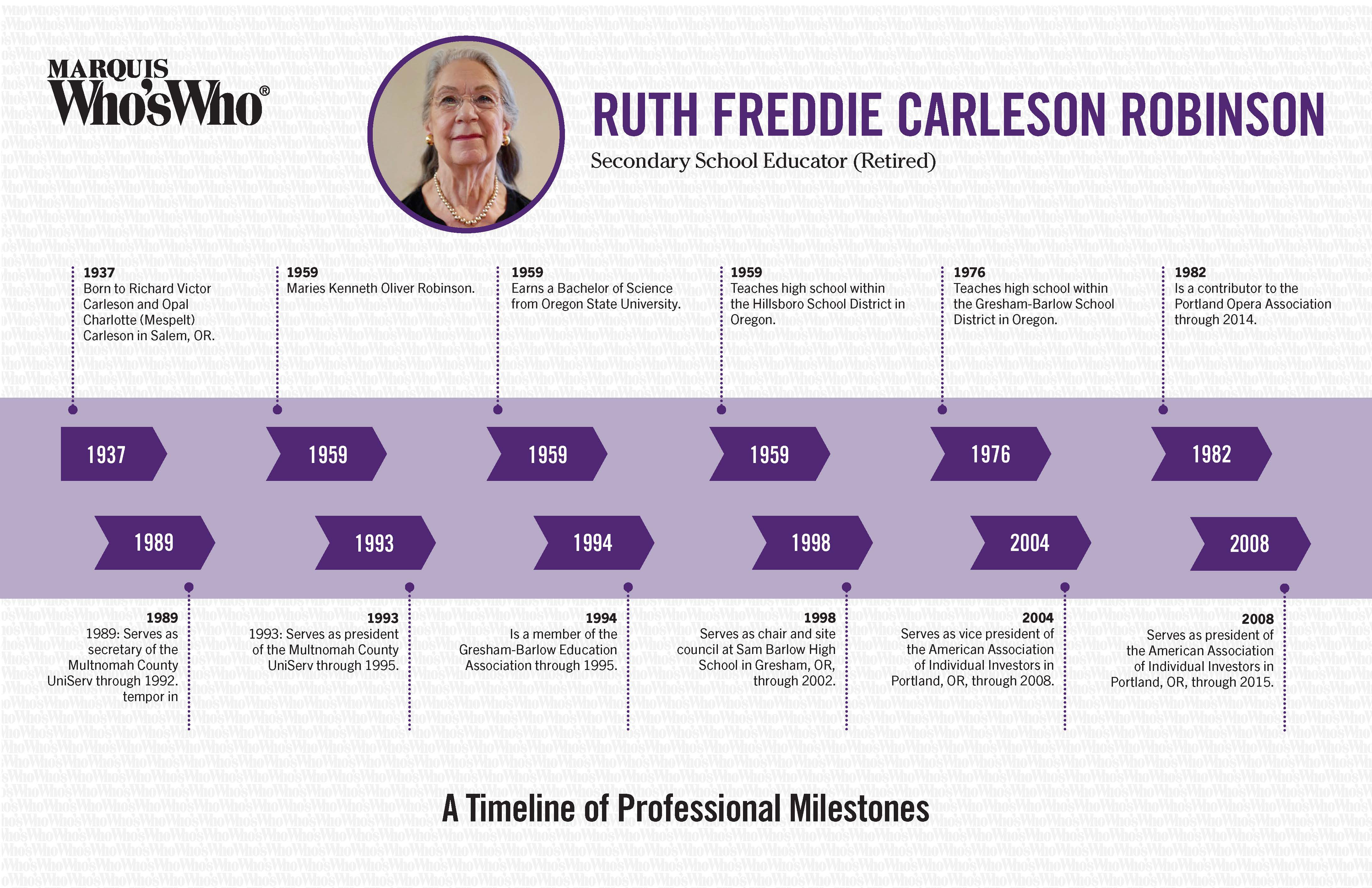 Born to Richard Victor Carleson and Opal Charlotte (Mespelt) Carleson in Salem, OR.

Earns a Bachelor of Science from Oregon State University.

Teaches high school within the Hillsboro School District in Oregon for one year.

Teaches high school within the Gresham-Barlow School District in Oregon through 2002.

Is a contributor to the Portland Opera Association through 2014.

Serves as secretary of the Multnomah County UniServ through 1992.

Serves as president of the Multnomah County UniServ through 1995.

Is a member of the Gresham-Barlow Education Association through 1995.

Serves as chair and site council at Sam Barlow High School in Gresham, OR, through 2002.

Serves as vice president of the American Association of Individual Investors in Portland, OR, through 2008.

Serves as president of the American Association of Individual Investors in Portland, OR, through 2015.

Began instruction at Arthur Murray and remains in this role.

Progresses to solo performances at Dance-O-Ramas in Vancouver, BC, Seattle, WA, San Francisco, CA, and Cancun, Mexico through 2020.