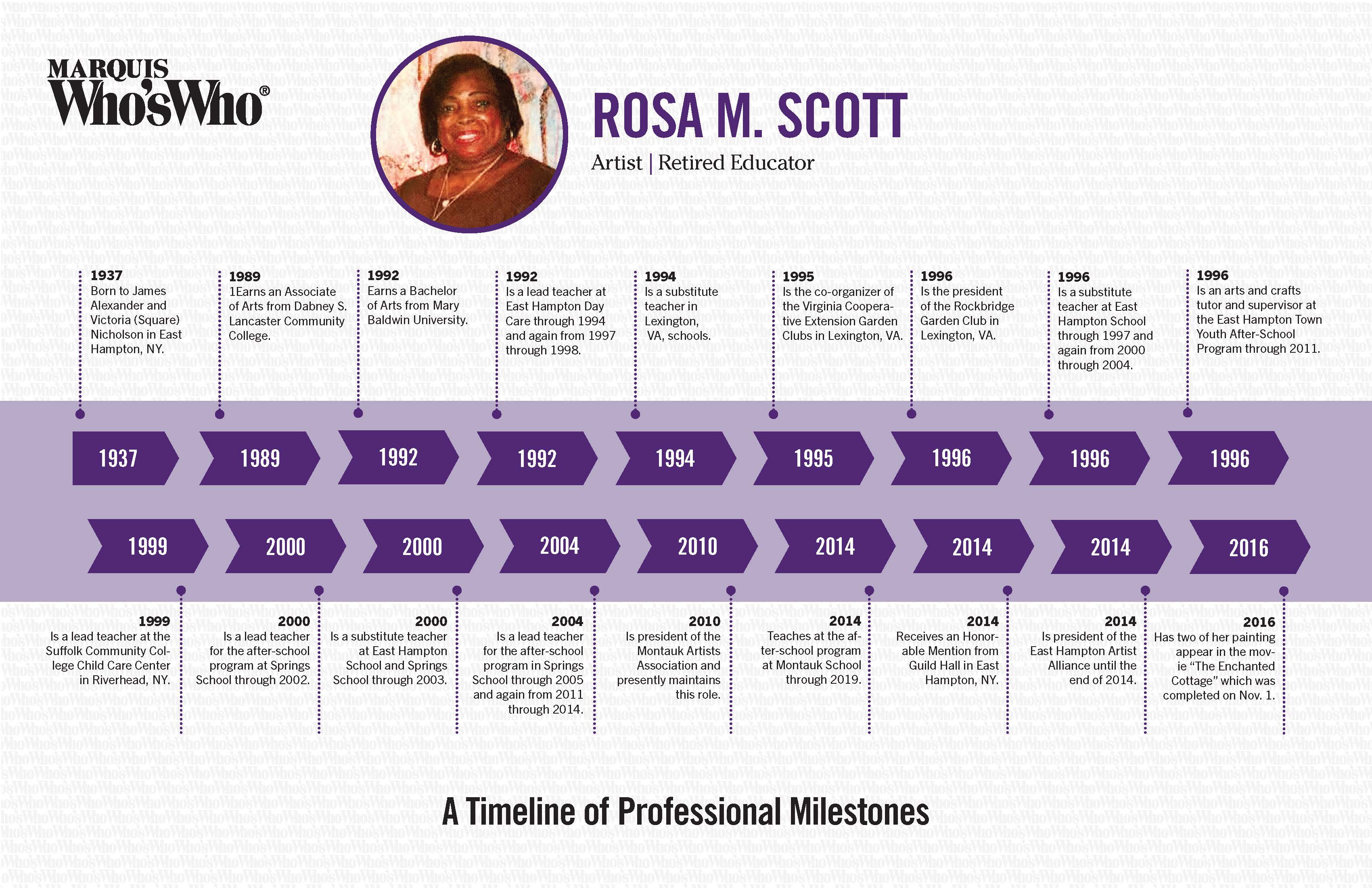 Earns a Bachelor of Arts from Mary Baldwin University.

Is a substitute teacher in Lexington, VA, schools.

Is the co-organizer of the Virginia Cooperative Extension Garden Clubs in Lexington, VA.

Is the president of the Rockbridge Garden Club in Lexington, VA.

Is an arts and crafts tutor and supervisor at the East Hampton Town Youth After-School Program through 2011.

Is a lead teacher at the Suffolk Community College Child Care Center in Riverhead, NY.

Is a lead teacher for the after-school program at Springs School through 2002.

Is a substitute teacher at East Hampton School and Springs School through 2003.

Is a lead teacher for the after-school program in Springs School through 2005 and again from 2011 through 2014.

Is president of the Montauk Artists Association and presently maintains this role.

Teaches at the after-school program at Montauk School through 2019.

Is president of the East Hampton Artist Alliance until the end of 2014.

Has two of her painting appear in the movie “The Enchanted Cottage” which was completed on Nov. 1.