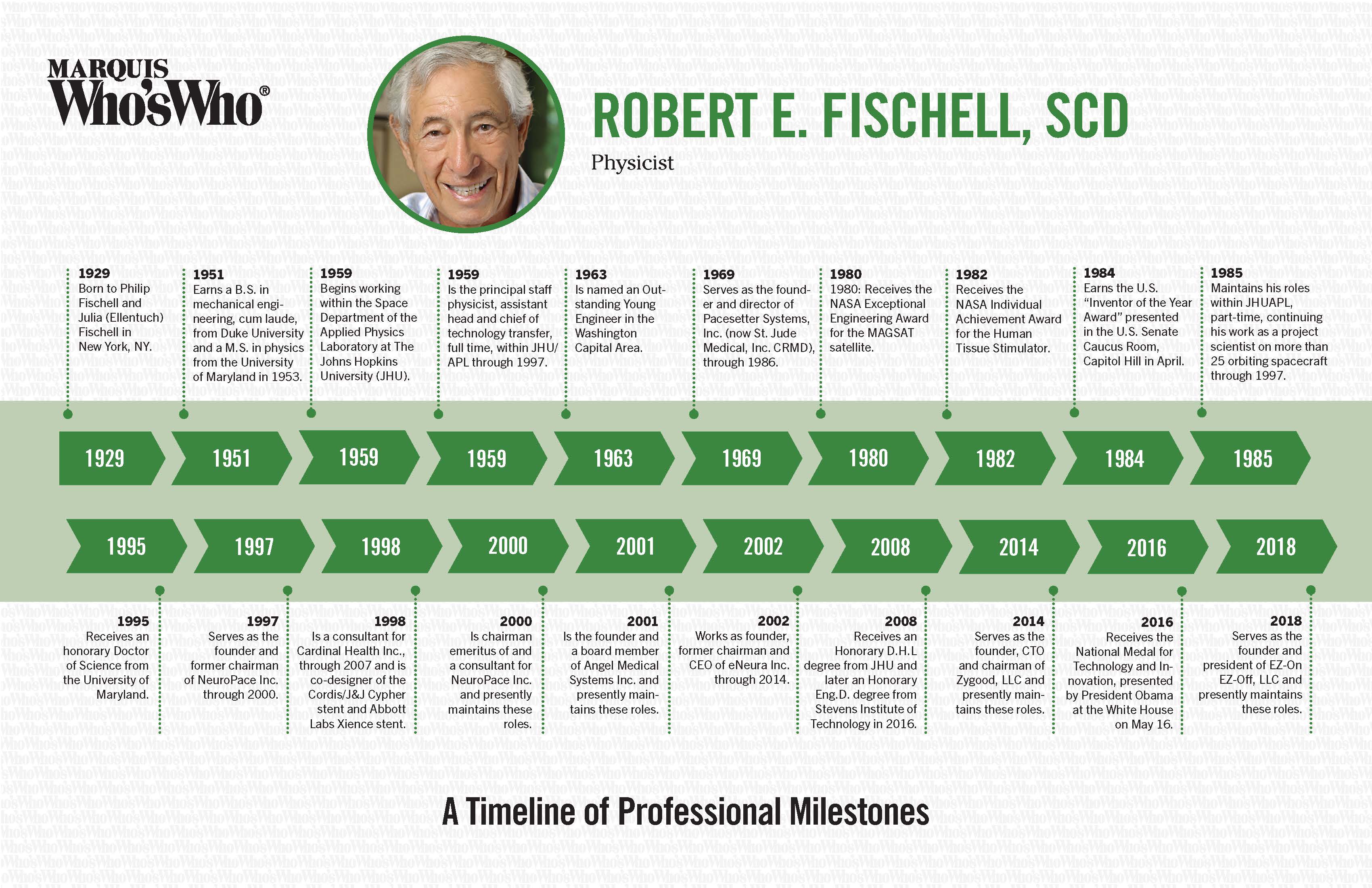 Begins working within the Space Department of the Applied Physics Laboratory at The Johns Hopkins University (JHU).

Is the principal staff physicist, assistant head and chief of technology transfer, full time, within JHU/APL through 1997.

Is named an Outstanding Young Engineer in the Washington Capital Area.

Receives the NASA Exceptional Engineering Award for the MAGSAT satellite.

Earns the U.S. “Inventor of the Year Award” presented in the U.S. Senate Caucus Room, Capitol Hill in April.

Maintains his roles within JHUAPL, part-time, continuing his work as a project scientist on more than 25 orbiting spacecraft through 1997.

Receives an honorary Doctor of Science from the University of Maryland.

Serves as the founder and former chairman of NeuroPace Inc. through 2000.

Is a consultant for Cardinal Health Inc., through 2007 and is co-designer of the Cordis/J&J Cypher stent and Abbott Labs Xience stent.

Is chairman emeritus of and a consultant for NeuroPace Inc. and presently maintains these roles.

Is the founder and a board member of Angel Medical Systems Inc. and presently maintains these roles.

Works as founder, former chairman and CEO of eNeura Inc. through 2014.

Serves as the founder, CTO and chairman of Zygood, LLC and presently maintains these roles.

Receives the National Medal for Technology and Innovation, presented by President Obama at the White House on May 16.

Serves as the founder and president of EZ-On EZ-Off, LLC and presently maintains these roles.