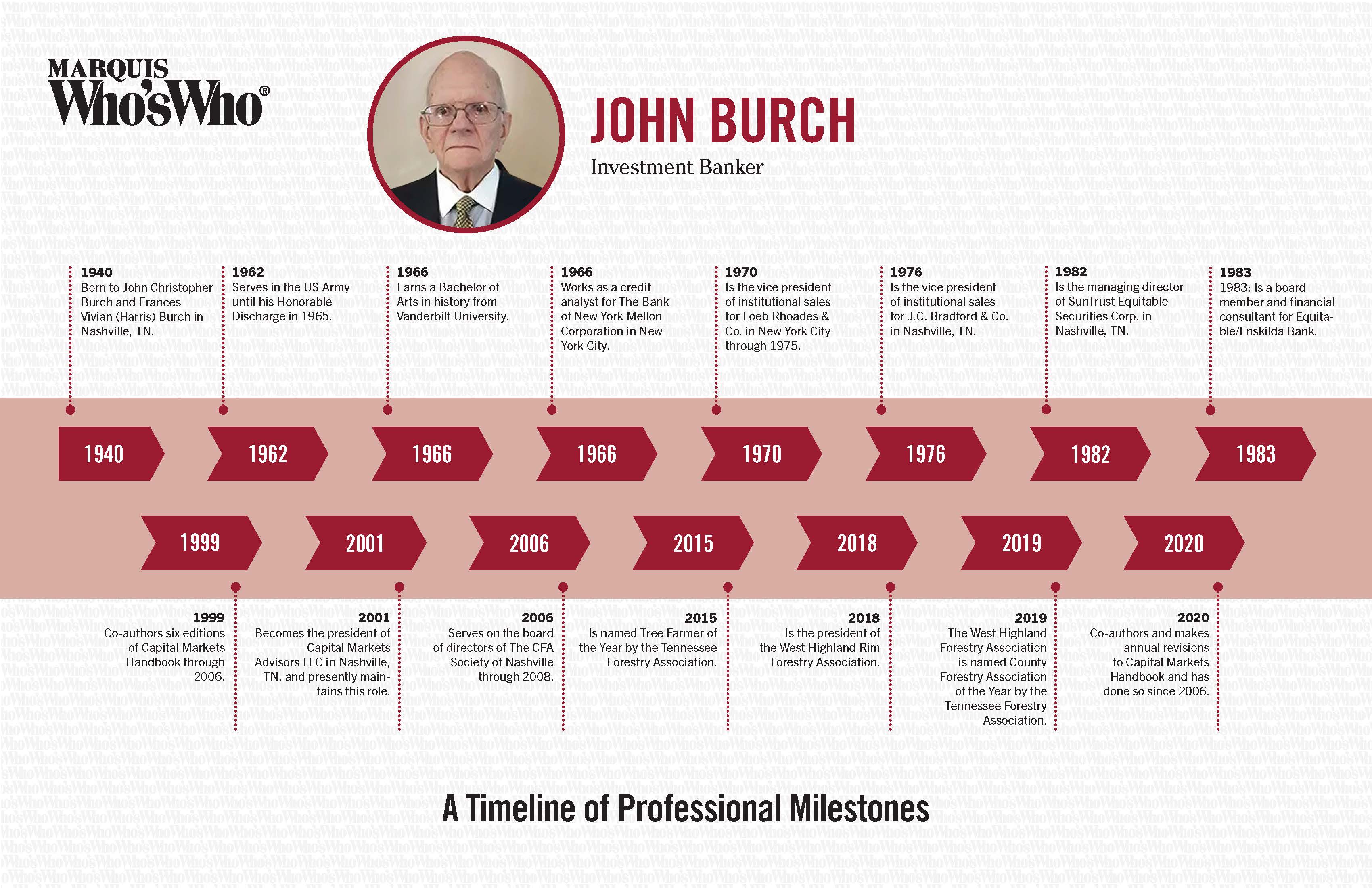 Serves in the US Army until his Honorable Discharge in 1965.

Earns a Bachelor of Arts in history from Vanderbilt University.

Works as a credit analyst for The Bank of New York Mellon Corporation in New York City.

Is the vice president of institutional sales for Loeb Rhoades & Co. in New York City through 1975.

Is the vice president of institutional sales for J.C. Bradford & Co. in Nashville, TN.

Is the managing director of SunTrust Equitable Securities Corp. in Nashville, TN.

Is a board member and financial consultant for Equitable/Enskilda Bank.

Becomes the president of Capital Markets Advisors LLC in Nashville, TN, and presently maintains this role.

Serves on the board of directors of The CFA Society of Nashville through 2008.

Is named Tree Farmer of the Year by the Tennessee Forestry Association.

Is the president of the West Highland Rim Forestry Association.

Co-authors and makes annual revisions to Capital Markets Handbook and has done so since 2006.